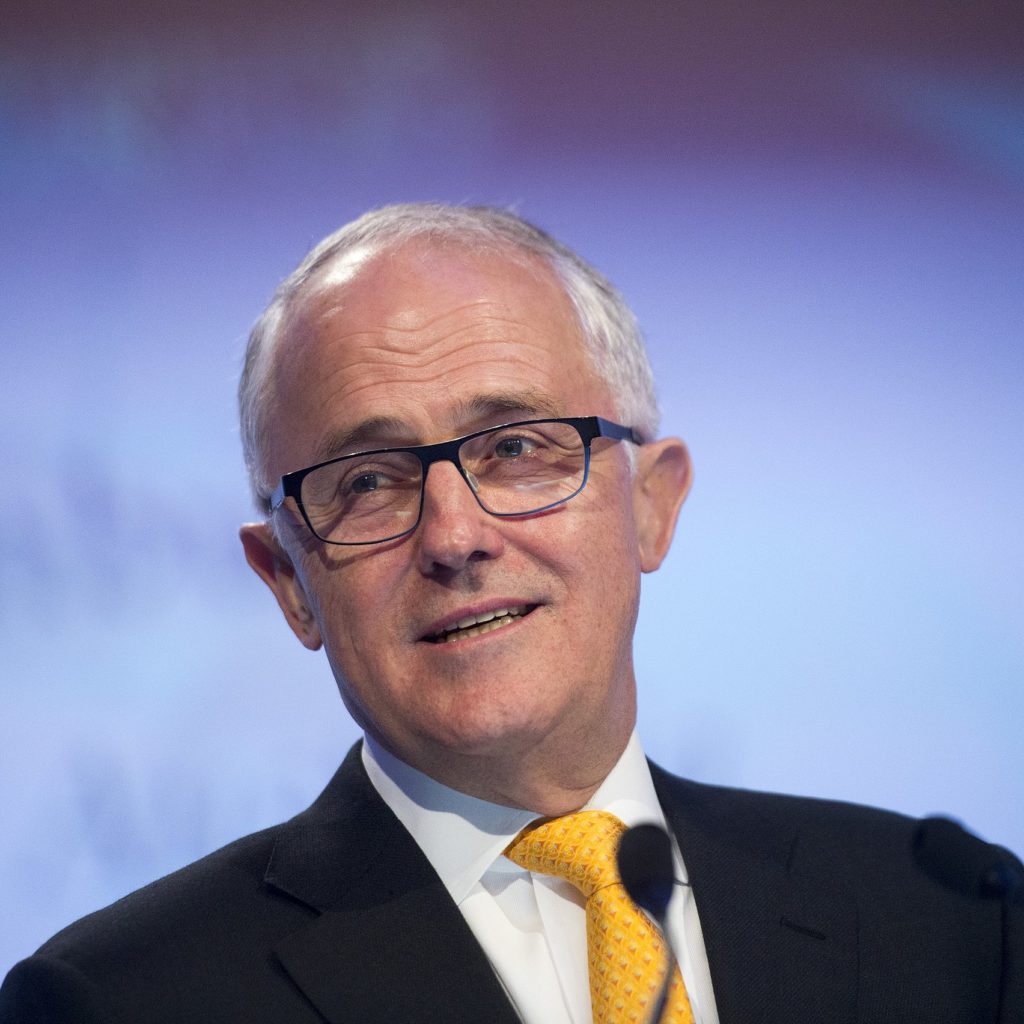 Political autobiographies are not exactly renown for impartiality and humility, so don’t expect them in A Bigger Picture. You may be forgiven for thinking the size of the book has some relationship to the author’s opinion of himself, though the book also says much about the fractious nature of recent politics.

Turnbull’s life before politics has a steeper-than-average trajectory. He is an eastern-suburbs boy, but doesn’t have a privileged boyhood. His father has nothing in common with his mother, who is from a theatrical family, and who flees to New Zealand when Malcom is young (we never hear about her again). But Malcolm is above average at school. He is athletic on weekends, but bookish during the week, with, apparently, interests in historiography and Thucydides (not to mention a ‘lifelong interest in the history of medieval Spain’. He also likes an ‘occasional dip into the Talmud’.).

He finds himself a job in political journalism (and thinks he can do better than those he reports on in the NSW parliament). One of his early scoops is interviewing Rupert Murdoch in New York. He wins a Rhodes scholarship, studies law. His ambitions are met in a high-profile career, which includes the Spycatcher case, where he defends a British publisher from the charge they shared state secrets, and extricating Kerry Packer from all sorts of jams. According to Turnbull, he saves Packer from suicide. While Packer is beside himself, from contemplating where his shady dealings might land him, Turnbull is a calm Mr Fix-it (and of course squeaky clean himself).

Turnbull negotiates Packer’s TV station deal with Alan Bond, making Packer a fortune, then, when Bond flounders, helps Packer buy it back again at half the original price. Turnbull eventually falls out with Packer over money.

After making lots of money, what else is there to do but make more money? He goes into investment banking, pioneers investment in email in the 90s. He’s keen to let his readers know just how much money is involved. He tells us, later on, not once but twice, that he spends $1.75 million of his own money on a Liberal election campaign. Yet he’s remarkably balanced. He reassures us that despite making his fortune he ‘always’ has time for family.

At 47 he decides he’s made enough money and enters politics with the Liberal Party, enticed by their spirit of entrepreneurialism, even if he has some sympathy for Labor. Howard is delighted, others less so. Tony Abbott, another nemesis, calls him an obnoxious ‘filthy rich merchant banker’. His profile rises even higher in the Republic campaign.

He revels in campaigning because, despite his image as ‘Mr Harbour-side Mansion’, he is a man of the people. One of his properties is a rural retreat in the Hunter Valley, so he understands farmers too. His substantial talents are a boon to the party. He has exemplary knowledge and experience. (He’s ‘always had a deep interest in signals intelligence’.) He is decisive but considered – alleged equivocation is merely ‘apparent’. He has a handle on ‘minutiae’. With his legal background, he is ‘always’ prepared to roll up his sleeves to draft communication or legislation (which is probably why he was accused of micromanaging). But he always sees the ‘big picture’. He loves solving complex problems but is also visionary. Colleagues and competitors can’t match his good ideas. Indeed, when Kevin Rudd is prime minister and Turnbull opposition leader, Rudd rejects all Turnbull’s good suggestions, out of sheer spite.

The self-praise and self-justifications begin to pile up like the interest in his bank accounts.

While Rudd undermined Gillard, it was different for Turnbull, who was commendably open with Abbott about why, when Abbott was leader, Abbott should make way for Turnbull. Abbott, though, is ‘literally crazy’ and a ‘political Dalek’ intent on destruction. (Rudd and Turnbull agree on this point.) Mathias Cormann is ‘treacherous’, Scott Morrison a ‘leaker’, like all his colleagues except Turnbull himself. Bill Shorten is duplicitous, ‘shameless’, has no convictions and stoops to personal attacks (on Turnbull’s money). Turnbull only gets personal when forced to and because his Liberal colleagues expect it.

Turnbull is, rather, Mr Positivity. (‘There has never been a more exciting time to be an Australian.’) His vision of Australia ‘has always been a positive one’. He says Abbott had good intentions when visiting remote Indigenous communities, but the visits were ‘counter-productive’, focussing on the negatives. Unsurprisingly, Turnbull thinks what Indigenous people need is entrepreneurialism.

‘My instinct is always to be constructive,’ he says. (That ‘always’ again – he is nothing if not consistent.) So, he champions the environment (he has always been interested in sustainable forestry), the NBN and better cyber-security (immersing himself in the minutiae), same-sex marriage (he has ‘always’ supported same-sex couples). Did I mention he’s always calm in a crisis? Being nervous is ‘very unlike me,’ he says. (Maybe he should have been a spy.) Lest you think he’s blowing his own trumpet, he says he’s ‘always’ objective about himself.

Despite this objectivity, there is some rose-tinted vision. While he recognises concern over China, regarding Beijing’s approach to cyber-spying and territorial expansion, against ‘hysterical’ and ‘frenzied’ responses from colleagues and the media, he (calmly) suggests we can just get along for the sake of economics. After-all, so many Australian business leaders rely on China for profits, so it’s not our place to criticise. (And he doesn’t have much to say about human rights abuses.) He says he has learnt from his career of dealing with billionaires that one must stand up to bullies, so he stands ‘toe-to-toe’ (by phone) with Trump and wins him over (though the transcripts suggest he is about as effective in changing Trump’s mind as he is with China).

The final pages of the book are like the introduction in a CV. He is a paragon of inclusion and good sense. He is of ‘good character’ and his only fault is that he is ‘too trusting’. (Perhaps he wouldn’t be a good spy after-all.) You may get the impression Turnbull thinks he is the best prime minister we’ve had, or at least would’ve been, had it not been for the vanity of his knuckle-headed colleagues (Turnbull, of course, only had the good of his party and country in mind.) Which prompts the question, why was he gotten rid of? In fairness to Turnbull, recent politics allows little space for moderates like Turnbull, for long-term vision and for conciliation. Tribalism, even within parties, is rampant, which explains the revolving door of prime ministership. And Turnbull highlights, as does Kevin Rudd, the toxic influence of media, especially the Murdoch press, over national debate and who’s in charge.

When Turnbull is ousted, he is, of course, (unlike the frantic Morrison) calm and of ‘clear mind’, as ‘always’.