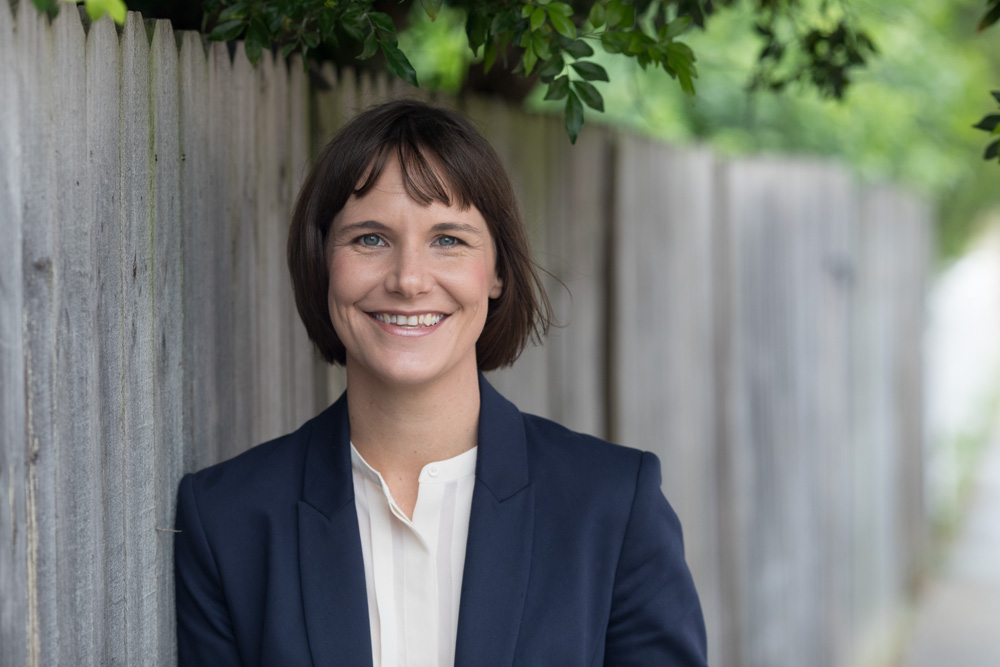 The lecture explored the theme, ‘Can religious history reframe how we imagine Australia now?’

The lecture explored the role of memory and scripture in Australian life and what it meant to remember well.

The May Macleod lecture is an annual event that first began in 1989. Named after the late May Macleod (1913-1984), the lecture aims to bring theological insights to the wider church and to celebrate the church’s ministries.

“I hope the weight of it is already becoming apparent, in that what we remember, how we remember it, and what we do with those memories – helps structure personal and communal life,” Dr Lake said.

“On this theme, I’ve been struck by the Cistercian monk Erik Varden’s recent book on Christian remembrance. He says, “To speak of remembrance is to speak of identity. We remember what we have been, what has made us who we are. At the same time, we become what we remember.””

“Memory and identity are related, he rightly points out – and this is something both historians and theologians recognise. This relationship is in fact an important clue to why memory is, potentially, both a foundation and a fault line.”

“I’ve chosen to reflect on the use of exodus images and ideas, because of their potency in terms of identity, and notions of nationhood – perhaps especially in settler colonial contexts.”

“When it comes to the biblical images and stories which the earliest European colonist drew on, exodus from slavery to the promised land wasn’t usually immediately in view.

With the expansion of free society, Dr Lake said, the idea of a journey to a promised land started to filter through into everyday language.

“To Barron Field, writing in 1822, the Bathurst Plains appeared ‘the promised land of Australia’ in 1822,” she said.

“In the eyes of the young pastoralist William Broddribb, the Monaro similarly seemed a ‘land of promise.’”

“And according to its promoters, South Australia was a land of ‘beautiful hills, valleys, waters and provisions’ with scenery somewhat like ‘the Holy Land of Judea.’”

The lecture examined some central figures in colonial history who had made surprising contributions, with the idea of interrogating assumptions about Australian history.

One of the central figures Dr Lake focused on was John Dunmore Lang, probably a prominent figure for nineteenth century Australia, whose public career spanned more than half a century from his arrival in 1823 to his death in 1878.

Active in founding and leading the Presbyterian church in Australia, Lang was also well known as an educator, newspaper proprietor, and member of parliament.

“An activist evangelical whose political and ecclesiastical views became progressively radical, he is best known today as one of the earliest advocates of an independent Australian republic,” Dr Lake said.

Dr Lake noted that, while Lang’s rhetoric was largely what might be expected from a colonialist narrative, there was a surprising twist in that he humanised indigenous people.

“On the one occasion that Lang did relate the Aborigines to the original inhabitants of the biblical Promised Land, he described them as Gibeonites,” she said.

“He was referring to a biblical incident involving Joshua, who, on entering the promised land, made a peace treaty with the Gibeonites, while destroying other inhabitants.”

“In a sermon expounding the colonists’ ‘social and public’ sins, preached on a day of fasting on account of the 1838 drought, he suggested that the colonists’ relationship with Aboriginal people, like Israel’s with the Gibeonites, was stained by ‘blood guiltiness.’ ‘Let us ask ourselves seriously and in earnest, whether, as the European colonists of this territory, we can lay our hands upon our hearts, and plead not guilty concerning the Gibeonites, I mean the Aboriginal inhabitants of this land?’”

The lecture also examined the rise of what Dr Lake called ‘ANZACery’, an almost religious veneration of the ANZAC myth. This, she said, was informed in part by religious symbolism and language, but this had since become unmoored from its original base.

“When I attended a dawn service, in 2017 I think, I was struck by the way the crowd really only joined in singing when it came to the refrain. It was almost as if ‘lest we forget’ were the only words still accessible to people, who were otherwise unsure of what to do with the hymn’s religious imagery and language.”

Dr Lake explored how Kipling managed to act as something for a mediator between Christianity and latter, secular Australia’s ANZAC myth, via a poem that is now quoted in part in ANZAC Day ceremonies.

“As empires rise and empires fall, Kipling seems to be confessing Britain’s pride and hubris. the very last line of the poem is explicit in expressing repentance – Thy mercy on Thy People, Lord!”

Australian history, Dr Lake said, was often a contested space between two broad narratives. One that sought to glorify the past and another that sought to move on from it.

Dr Lake suggested that both schools of thought were flawed, with the former tending to erase key parts of history that didn’t reflect well on Australia and the latter seeking to deny the role that was played by Christians in forming the nation.

Historians of church history, she suggested, could play a part as being part of a sub-community that worked towards reconciliation.

“And it strikes me, perhaps because I’m an historian, that it begins with remembering – a recalling of our sisters and brothers, the recollecting of the grievances against us.”

“Memory in this view is indispensable to reconciliation.”

“And perhaps our churches and our wider community would benefit from dwelling on that.”

“Paul wrote to the believers in Corinth, ‘God reconciled us to himself through Christ and gave us the ministry of reconciliation.’”

Dr Lake is a historian, broadcaster, and award-winning writer interested in how Australians understand the big questions of faith and meaning.

She currently hosts Soul Search on ABC Radio National – a weekly show about the lived experience of religion and spirituality. She has also guest presented Compass.

The Bible in Australia is now available in bookstores.

1 thought on “2021 May Macleod lecture explores memory and reconciliation”