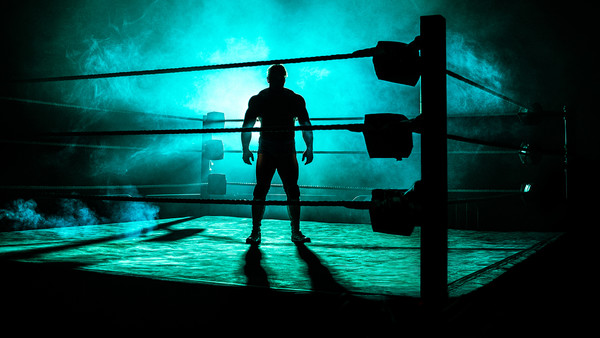 Review: The Dark Side of the Ring, Season two, episodes one and two

Like many events in time, you could remember where you were.

Finding out about the deaths of the Benoits was a shattering experience for wrestling fans. In June 2007, they found out this news one day removed from an event Chris Benoit was scheduled to appear at but no-showed. With the roster drained by the news, WWE opted to air a tribute to one of their industry’s most talented performers with Benoit’s best matches interspersed with tributes from the roster.

Later that night, it emerged that Benoit had murdered his wife Nancy Benoit and his son, Daniel, before taking his own life.

Fans reacted out of shock, then anger. It seemed out of character that Benoit, from many accounts a loving father, would harm his family.

For their part, the WWE quickly moved to distance themselves from the performer, removing his name from their records and programming. Later, it emerged that an examination of Chris Benoit’s brain revealed he had severe CTE, which can result in mood swings and violent impulses. While the WWE denied culpability on one level, they later implemented stricter concussion protocols.

In order to really understand the horror of the Benoit tragedy, and the events leading up to it, we must understand the industry itself, Benoit’s own mental health, domestic violence, and the earlier death of Benoit’s best friend Eddie Guerrero (which is believed to have contributed heavily to the former’s downward spiral).

Viceland’s Dark Side of the Ring starts its second season off with what might prove to be the documentary series’ most brutal episodes to date. The first two episodes tell a long story about the Benoit tragedy. Unexpectedly, it’s a story about forgiveness for those left behind.

Dark Side of the Ring combines news stories, clips from wrestling shows, and interviews with those closest to the industry’s greatest controversies.

This time around, the double episode draws on interviews with Chris Benoit’s son David, his fellow wrestlers Chris Jericho, Dean Malenko, and Chavo Guerrero, and Nancy’ Benoit’s sister Sandra Toffoloni, among others.

It’s impressive that Dark Side of the Ring offers plenty of new revelations on top of what fans already know. Before the double episode, perhaps the most comprehensive deep dive into the events could be found in Chris Jericho’s third book, which features a chapter simply called ‘Benoit’. Jericho has long walked a very narrow tightrope when it comes to his late friend, never seeking to glorify or explain away but hoping to understand and acknowledge him and pay tribute to the family he killed.

There are few gripes to be had with the double episode premier. One of the few notable absences, however, is Dave Bautista, the Guardians of the Galaxy actor and former WWE World Champion who was good friends with Eddie Guerrero (and in an angle with him) shortly before he passed away. Given Bautista’s current Hollywood profile and recent retirement from pro wrestling, it would have been interesting to see him contribute his thoughts to the mix. Given the heavy material at hand, it may be the case that Bautista did not want to relive the experience of losing a friend.

Dark Side of The Ring pulls no punches and opens up painful memories for fans who remember when their favourite performers died, not to mention those who lived the awful events up close. The second episode, which recreates the discovery of the family, is particularly tough to watch.

And yet, without diminishing the horror of what Chris Benoit did, the documentary offers several key insights into his actions that are worth bearing witness to.

Standing out the most is what the episode says about forgiveness. Filming the Benoit episodes proved to be a cathartic experience for those closest to Chris and Nancy, to the point that family members who had not spoken in years reconciled through the process.

According to Sandra Toffoloni, the event shattered the relationship between her and David, due to the understanding that her family wanted nothing to do with the Benoits. Filming Dark Side of the Ring proved to be the catalyst for them to resume their relationship. Seeing them hug at the end of the second episode is a rarely captured moment of reconciliation. Sandra also indicates that she wants to one day forgive Chris Benoit for what he did.

In another rare moment of light, the first episode briefly explores Eddie Guerrero’s Christian faith and the positive impact Eddie is acknowledged as having on those who worked with him, something that stands in contrast with Benoit’s darker legacy.

It is important in this day and age to grapple with the true nature of domestic abuse, to hold perpetrators accountable for their actions, and to hear survivors’ accounts. The second episode’s exploration of CTE and how head injuries can be personality changing is also worth considering and the medical research it details will hopefully save lives.

Dark Side of the Ring season two’s double episode premiere to contains serious material worth viewing from those who can put themselves through the viewing process.

The Dark Side of the Ring season two premiers on SBS Viceland on 30 March 2020.

If this article brings up issues for you, help is available. Call Lifeline on 13 11 14.