Home
Reviews
Read This
What is Australia like as a neighbour? 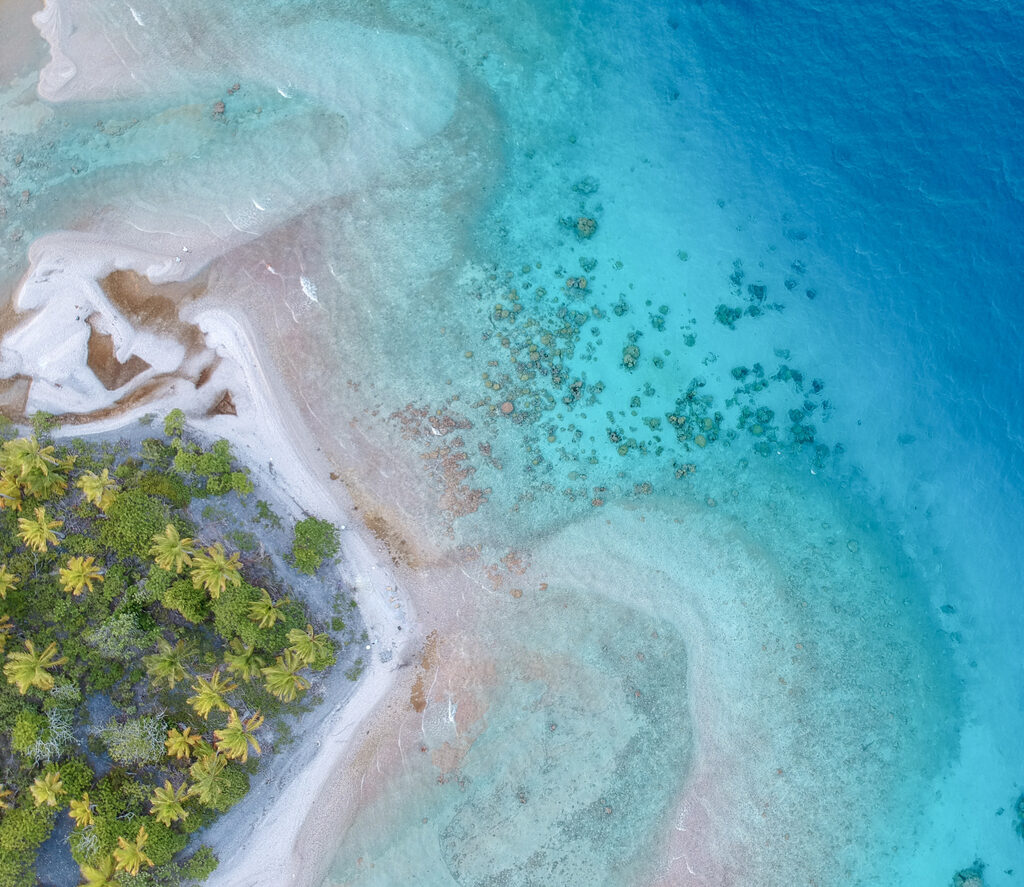 Review: Australia and the Pacific: A History by Ian Hoskins

For many Australians, our relationship to the Pacific goes little further than the surf on our east coast. Our leaders say we are part of the Pacific when it suits them, but Scott Morrison has recently given a dismissive wave of the hand to Pacific nations desperate to act on climate change, effectively saying that if the submerging of Pacific nations is the price that has to be paid for Australian enjoyment of fossils fuels, then too bad. Sadly, while there are good sides to Australia’s involvement in the Pacific, especially in the provision of foreign aid, there is also a history of exploitation alternating with disregard. In the 1960s, Donald Horne, famous for putting Australia’s success largely down to luck, lamented that Australians were, in general, oblivious to the Pacific.

Ian Hoskins is a historian of the relationship of land and sea and has written previously on Sydney Harbour and the NSW coast. Here he casts his net wider, in a comprehensive history of Australia’s relationship to the Pacific region. Of course, Australia is on the region’s edge and not all of the continent is oriented to the Pacific, at least geographically speaking. It is probably easier for Hoskins to sit in Sydney and ponder the Pacific than someone in Perth or even Adelaide. Perth is 3000 kilometres from the Pacific, and the continent is equally attuned to the Southern and Indian Oceans. What, one wonders, would our attitude to the Pacific have been if the English colony’s foundation had been on the Swan River?

Speculative histories aside, the book covers a litany of differences, in culture and attitude, even geology, between Australia and the Pacific. The only Australians to feel truly part of the Pacific are likely transplanted Pacific Islanders. And ignorance is not a recent phenomenon. Australian Indigenous people came from Asia, as did Polynesians and Melanesians, but millennia before. And there were little to no exchanges between them.

In contrast, in the 1800s there was as much movement as today, with trade in wool and flax. Colonists such as Samuel Marsden dreamt of an empire of flax but didn’t quite succeed as he had hoped. Though not quite the same as slavery in North America, and not as well-known, there is a history of race-based forced labour – ‘blackbirding’ – that saw Pacific Islanders kidnapped for indentured labour. One Australian merchant opined that the Pacific was simply ‘an oyster to be shucked’. Ironically, the practice of blackbirding was stopped due to racism. Some white Australians objected to the growing presence of Pacific Islanders.

The churches, such as Methodists and Catholics, were very busy in the South Seas, and, as in Central Australia, were highly successful. Although we know missionaries weren’t always culturally sensitive, and presumed the superiority of European culture, there were missionaries who, in contrast to the traders, were ‘astonishingly’ self-reflective and who emphasized that all people were one under God’s eyes. (This in opposition to the late nineteenth-century ‘science’ which at that stage was questioning the single-origin theory.) It is simply wrong to lump all missions into a negative, colonialist basket.

The attitude of most Australians, though, at the turn of the twentieth century, can probably be summed-up in The Bulletin’s proud motto – ‘Australia for the white man’. As well as assuming Indigenous Australians would die out, white Australians wanted to keep Asians and Islanders out. In what would be Papua New Guinea, missionaries opposed plans for Queensland to take over PNG because they saw how badly Queenslanders treated their native human population.

Racist sentiments persisted into ‘modern’ Australia, from Arthur Calwell in the 1960s to Pauline Hanson in the 1990s. In the 1960s, the Anglican Bishop of Goulburn, somewhat against the tide, reminded Australians they were part of an ‘Oriental’ rather than European setting, but a clash of location and culture and race continued. Prime Minister Harold Holt hedged his bets by saying that white Australians weren’t a superior race but their culture was just incompatible with that of the rest of the Pacific. As Hoskins notes, this throws doubt on one side of the colonial project – the supposed universally beneficial appeal of European values.

Of course, the Pacific covers more than the South Pacific. While Japan was an ally during World War I, white Australians felt wary of its otherness, perhaps legitimately so, considering World War II. That prejudice has been transferred to China of late, though of course Australians of Chinese origin have seen much prejudice since Gold Rush times. Today, our closest international partners, diplomatically, continue to be those to whom the majority of Australians are linked by race, rather than geography, despite Paul Keating’s intentions, and China is seen as a threat to Australian and American hegemony in the Pacific – again, sometimes for legitimate reasons, if we think of Chinese exploitation of natural resources in some Pacific nations (exploitation that is, though, not the exclusive domain of China). (Chinese influence is the major factor in recent riots in the Solomon Islands.)

Ironically, the importation and enthusiastic take-up of, particularly, Christianity in the Pacific has seen further culture clashes. One example is the controversy over rugby star Israel Folau, whose conservative Christian belief in the damnation of gay people has been contrasted with a (secular) Western pluralism. Another example is the recent voicing of theological arguments for the urgent need to combat climate change by Pacific Islanders, in contrast to Western recalcitrance in reining-in Western lifestyles, in sacrificial Christian fashion, in order to mitigate the dramatic effects of climate change on our neighbours.