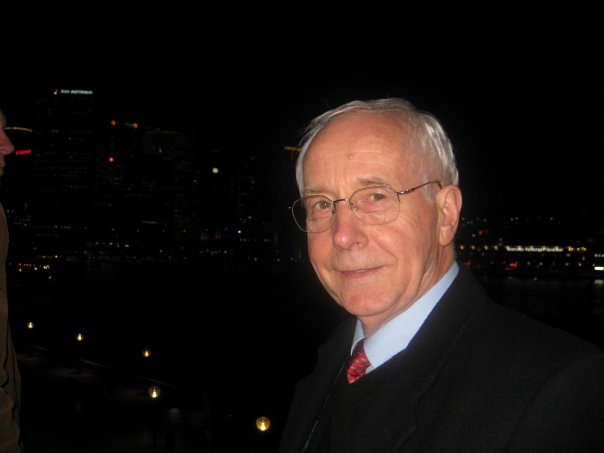 Dean Drayton worked as a geophysicist before being ordained by the South Australian Methodist Conference in 1968. He moved to New South Wales in 1983 as Director of the Board of Mission (1983-98) and was then Lecturer in Missiology and Theology at UTC (1999-2009).

He is currently Researcher for the Australian Centre for Christian and Culture, Canberra. He was also previously the NSW Synod Moderator (1995-96) and the President of the Uniting Church (2003-2006)

Philip Ziegler is the Chair of Dogmatics at King’s College, University of Aberdeen. This book re-evaluates theological foundations for this new epoch of the Anthropocene. Here ‘the shattering message of the kingdom of God’ (Barth) gives rise to an apocalyptic turn in the twenty-first century. God’s mercy in Christ opens a new creation, signalling the passing away of an already sin invaded cosmos. God’s invading of the world gives rise to a radical new time and space. Ziegler provides a way of reading the biblical record and theological history from the perspective of the cosmos, rather than the individual. This is a new and fruitful way of approaching the New Testament. As the author states ‘Jesus Christ is the Archimedean point of divine salvation and the axis on which the ages are turning.

Why Warriors Lie Down and Die: Towards an Understanding of Why the Aboriginal People of Arnhem Land Face the Greatest Crisis in Health and Education Since European Contact
Richard Trudgen

The Aboriginal Educator Dr Miriam-Rose Ungunmerr Baumann is the 2021 Senior Australian of the year.  She writes: ‘We have walked on a one-way street to learn the white people’s way. Now is the time for you to come closer to understand us and how we live.’ Richard Trudgen, one of the few non-Aboriginal Australians who speaks an aboriginal language, found while working in an Arnhem Land community just how little we know of how living within an aboriginal way of life.

His book documents the tragedy that has resulted from the western presumption that aboriginal people need to know our ways, while we don’t need to know their ways. The book was therefore written at the request of the Uniting Church Rev. Djiniyini Gondara.  It provides an important opening for those wishing to make the relationship with first peoples more of a two-way street.