What Baby Yoda can teach us about Christmas 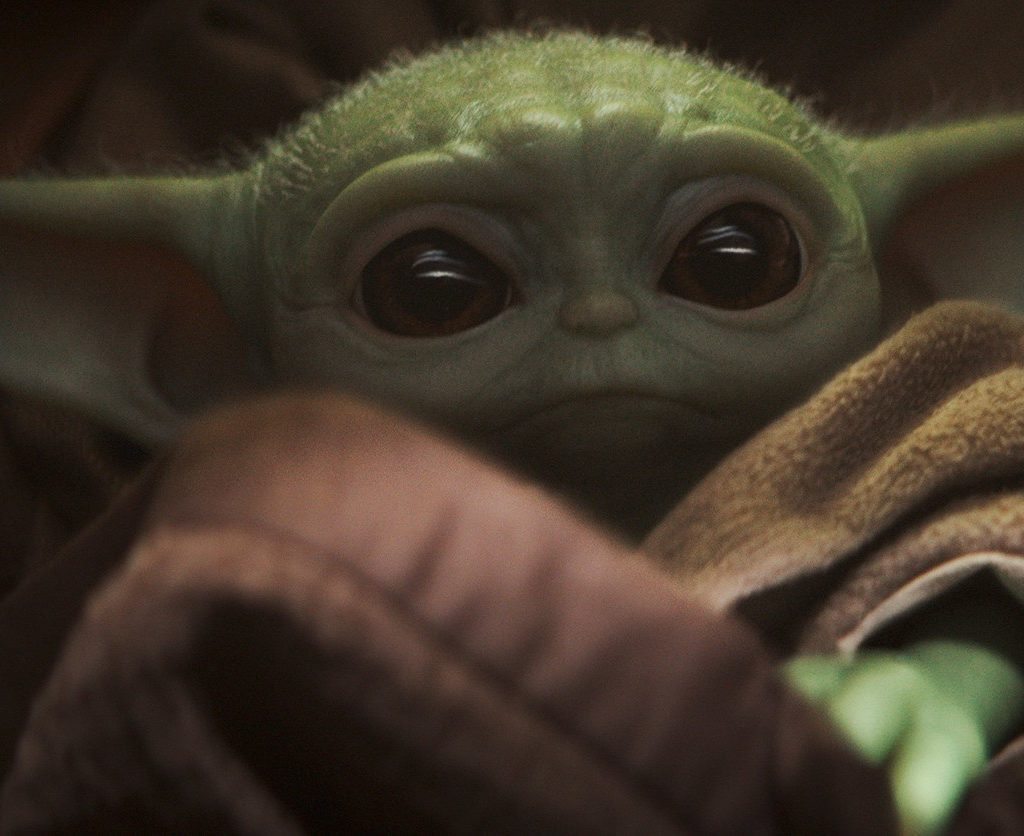 By now with The Mandalorian – the first live action TV series based in the Star Wars universe – on Disney + many may have noticed the most recognisable character to come out of Start Wars since R2D2 is the cuter than a button character dubbed by fans as Baby Yoda.

Yes, Baby Yoda, or “the Child” as he is known in the new series is cute and no doubt designed to sell a million action figures and plush toys.

The story behind The Mandalorian is that the titular character is a bounty hunter who has forsaken a bounty in order to protect said Baby Yoda who has one of the most expensive bounty’s on its little furry head.

What do we know about this cute little creature. Not a lot considering we don’t even know its gender.

What do we know about this cute baby? Obviously it is from Yoda’s species, he is at least 50 years old, acts the age of a toddler or young child, and has an amazing nascent ability to use the force. But to be clear, like Yoda before it, we don’t even know what the species is.

The appearance of Baby Yoda did something unexpected. It united the often-divided Star Wars fandom in an unprecedented way. Articles on comics and movies include headlines like:

There was even this:

In a Comic Watch article titled “Baby Yoda Bigger Than All of Us,” author Sarah Coury states,

These are divisive times, desperate for some aggressive agreement. By charming people across multiple backgrounds and beliefs, Baby Yoda unites us. As we watch week after week, we all have a common cause to fight for and it brings us a little closer together. Indeed, Baby Yoda is breathtakingly, cheek-squishingly small, but in reality, that little green frog eater is so much bigger than any of us.

While you could argue that Star Wars fans should rightly get over themselves, it reminds us of some older truths. Centuries ago, a baby appeared.

This baby was unlike any other the world had seen.

But God sent this baby to earth, and with the cries of a newborn birthed by a poor, faithful follower of God, hope exploded onto the scene. This mission of reconciliation began in the middle of nowhere, but stretched to the ends of the earth. He came to unite us, first to God and then to each other.

The church should be a place where all believers, no matter their ethnicity, gender, socio-economic status or educational level, come together to worship our Saviour. We remember that our shared love for the Christ child unites us.

Revelation 7:9-10 (ESV) gives us a beautiful picture of this day:

After this I looked, and behold, a great multitude that no one could number, from every nation, from all tribes and peoples and languages, standing before the throne and before the Lamb, clothed in white robes, with palm branches in their hands,and crying out with a loud voice, ‘Salvation belongs to our God who sits on the throne, and to the Lamb!’

Sarah Coury was right: we live in “divisive times, desperate for some aggressive agreement.”

In a time of dissension, social media rage and ideological anger, a baby does unite us. Not a tiny, green, force-sensitive toddler in a galaxy far, far away, but a baby born in Bethlehem.

We unite around the God who brings salvation to all. At Christmas, we remember that though we are different, though we are often divided, we have something deep and dear that draws us together: A baby, who is Christ, the Lord.