Vampire series takes a bite out of mythology 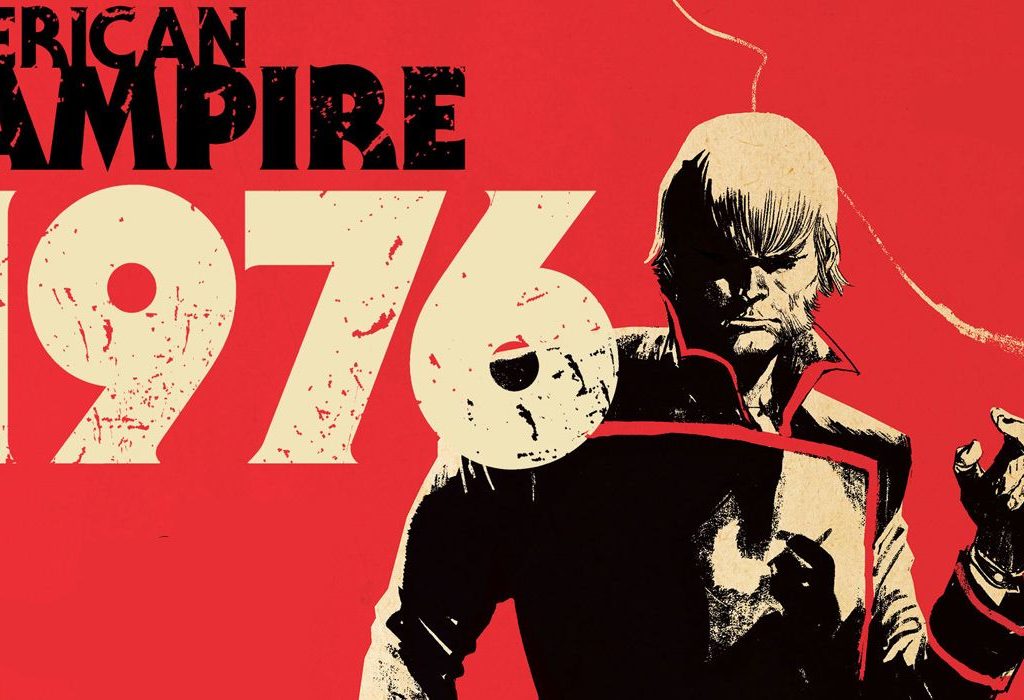 First launching a decade ago, American Vampire tells the story of Skinner Sweet, a new breed of vampire who lives through American history. After the events of the more recent series, Second Cycle, Sweet finds himself living in the 1970s without the immortality that saw him through preceding decades. Having previously (and unsuccessfully) turned to a group of evil vampires to try to regain this, Sweet finds himself reunited with an old acquaintance/sometimes enemy Pearl Jones and his brother, with whom he shares a love/hate relationship going back over a century. The comic’s story variously draws on the horror, western, and historical fiction genres.

American Vampire 1976’s story swings heavily into the paranoia and corruption of the decade in which it is set. As Insights has previously noted, the 1970s is increasingly becoming a setting in popular fiction, in part because these themes have so much resonance in our own present decade.

Scott Snyder and Rafael Albuquerque grew into a legendary creative team during the earlier parts of their American Vampire run, the former going on to acclaimed runs on Batman titles. This new series manages to demonstrate why they garnered the acclaim and opportunities that they did. Snyder’s writing initially leans heavily into the series’ longer continuity, but enough is recapped and explained that new readers should be able to continue along. In saying this, American Vampire is rewarding enough to read that going it alone is not recommended, and it is certainly worth starting with the first volume (which was co-written by Stephen King). With its elements from European and Japanese art, Albuquerque’s work manages to constantly convey action, movement, and emotion while always remaining crystal clear. While colourists’ work is all too often unmentioned, Dave McCaig’s colour work perfectly accompanies this, with the series’ covers especially standing out.

Cutting through prevalent myths to see historical characters (and legends) in a different light has long been one of American Vampire’s central themes. The same impulse, to see things anew with so much of the myth and historical baggage removed, has long been present in theology, spurring the likes of Marcus Borg and Phillip Yancey to revisit the personhood of Jesus afresh. While faith only plays a minor part in American Vampire, this attention to the theme of cutting through history’s myth-making is one that would be familiar to Insights readers.

As is so often part of this type of comic, the story is a violent one, and readers who are less inclined towards the horror genre would do well to give this a wide berth.

Each issue manages to pack enough story and unexpected moments to make American Vampire 1976 a must read, in a way that is rare for titles on comic stands nowadays.

American Vampire: 1976 is available now in comic book shops and online at Comixology.