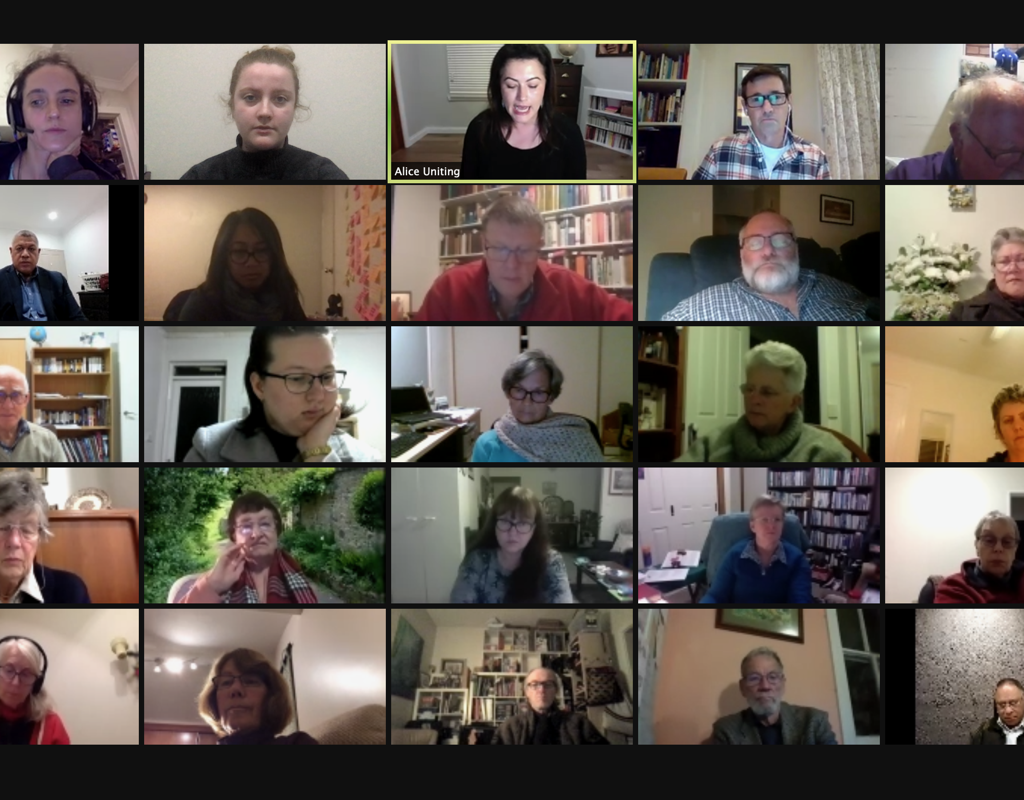 On 24 June, members of the Uniting Church who are passionate about climate action met over Zoom for the launch of the new Uniting Climate Action Network (UCAN). UCAN is part of the Synod Climate Action Strategy, with a focus on “putting our faith into action” in participant’s personal and public lives, and “building on our strengths” by investing further in relationships across the church.

Chaired by Alice Salomon, Social Justice Lead of the Uniting Advocacy Team, the meeting heard from a diversity of voices within the climate action movement in the church.

The launch began with an Acknowledgement of Country delivered by Anaiwon/Gomeroi man Nathan Tyson, Manager of First Peoples Strategy and Engagement for the Synod. Moderator Rev. Simon Hansford then addressed those gathered over Zoom about the importance of conversations with the “climate agnostic,” people unconvinced of the need for or urgency of climate action to create real change.

The meeting featured two different relational sessions, where participants split into breakout rooms to get to know each other and discuss why climate action matters for people of faith. This was an important step in forming this Network to cultivate relationships between different parts of the church that care about climate action.

Miriam Pepper, a Synod’s Youth Climate Action Task Group member, gave a brief history of climate action in the Uniting Church. She cited the divestment from fossil fuels, initiatives within congregations to live greener in their personal and communal lives, and showing up to climate march after climate march.

Alice Salomon then outlined the purpose and goals of UCAN, emphasising an orientation toward action, before handing over to speakers from different parts of the church.

Nathan Tyson spoke about the importance of First Nations people in the movement for climate justice, and Rev. Tau‘alofa Anga’aelangi shared some wisdom from Tongan culture about respect for land and for Indigenous peoples. Those gathered then heard from Erin Lewis and Gabrielle Cadenhead of Christian Students Uniting, who spoke about the student group’s organising practice.

When discussing UCAN’s next steps, the meeting heard from Tejopala Rawls, an organiser from the Australian Religious Response to Climate Change, who encouraged attendees to take part in upcoming actions, including a letter-writing campaign.

Registrations are now open to be a part of UCAN, and members of the Uniting Church across the Synod of NSW and the ACT are encouraged to join.