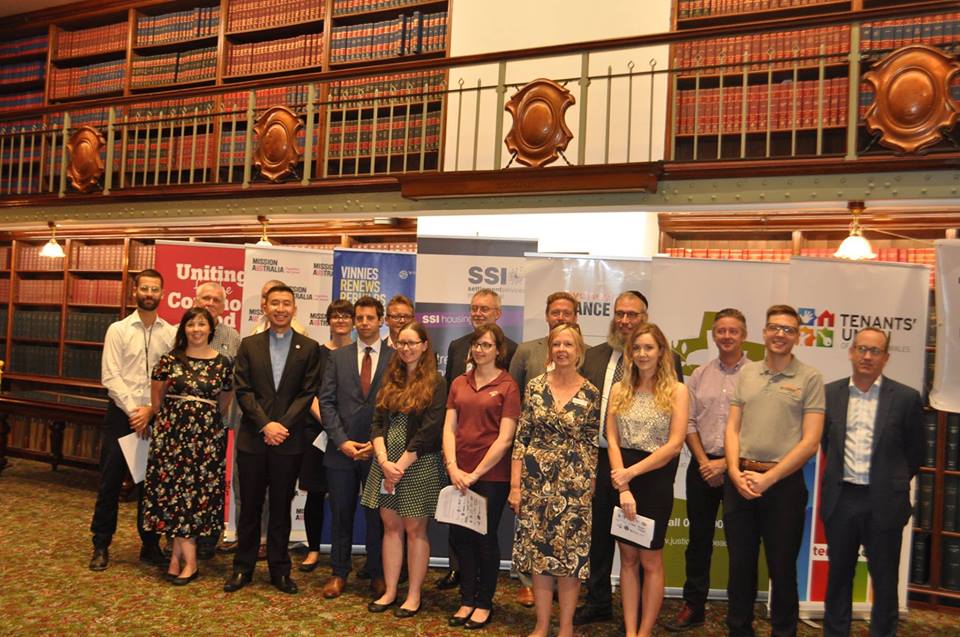 The Uniting Church in Australia, Uniting and partners in the Sydney Alliance are calling on the NSW government to set strong and clear affordable housing quotas to address Sydney’s critical affordability crisis.

Uniting’s Social Justice Forum (SJF) is playing a leading role in a campaign by more than twenty organisations – including faith, social justice, employee and community groups – to achieve “inclusionary zoning” (affordable housing quota) targets of at least 15% of all new developments and at least 30% on government-owned land.

The Synod-endorsed campaign recognises that secure, affordable housing is a basic human right for all. Spiralling rents are fragmenting families, worsening social injustice, and limiting educational and work opportunities of the most vulnerable groups. This then, shatters community diversity and overburdens transport, welfare and infrastructure.

Pursuing the campaign, Moderator Rev Myung Hwa Park has met with NSW Planning Minister Rob Stokes. Other meetings have also been held with influential MPs across the Greater Sydney area.

On November 21 the government’s Greater Sydney Commission (GSC) released its Draft District Plans for Sydney – proposing a low level of just 5-10% inclusionary zoning, and with many loopholes seen as likely to counter any real progress.

The same day, Synod and Uniting among 24 partner organisations and eight leading Sydney academics posted an Open Letter to Premier Baird. The letter highlighted the severity of the crisis and stated:

New South Wales can and should do better to ensure affordable housing for all. This state has the strongest economy and the budget position of any in Australia. Thousands of new units are being built in areas close to transport and jobs, but none will end up affordable for lower income earners unless we establish clear and adequate inclusionary rezoning quotas.

On November 22, NGO partners gathered at NSW Parliament to pledge continuation of a campaign to achieve the 15-30% target – pointing out that cities such as London, New York, Rotterdam, Galway and Adelaide had achieved similar or greater levels without significant impact on housing supply or prices.

Uniting Mission and Education’s Mission Initiatives Consultant, Rev. Dr Raymond Joso, also spoke at Parliament where he stated that the housing affordability crisis can be fixed.

“Thousands of new units are being built in areas close to transport and jobs, but none will end up affordable for lower income earners unless we establish clear and adequate inclusionary rezoning quotas,” he said.

The Sydney academics have pointed out that rules can be formulated so that quotas are built into conditions of rezoning. This would mean, reducing only large windfall profits of landholders through the rezoning rather than deterring developer investment.

The Social Justice Forum will continue to campaign with the Sydney Alliance to amend the GSC drafts to include clear and adequate affordability targets, and to urge government leadership in their application across the city.

The SJF is encouraging supporters to email your own state MP on this issue, and to keep in touch with developments at the SJF Facebook page.
Stafford Sanders is the Uniting Social Justice Forum Campaigns Coordinator.

Pictured: Sydney Alliance partners on Nov 22 at the NSW Parliament.