Understanding the divine in the midst of a dark world 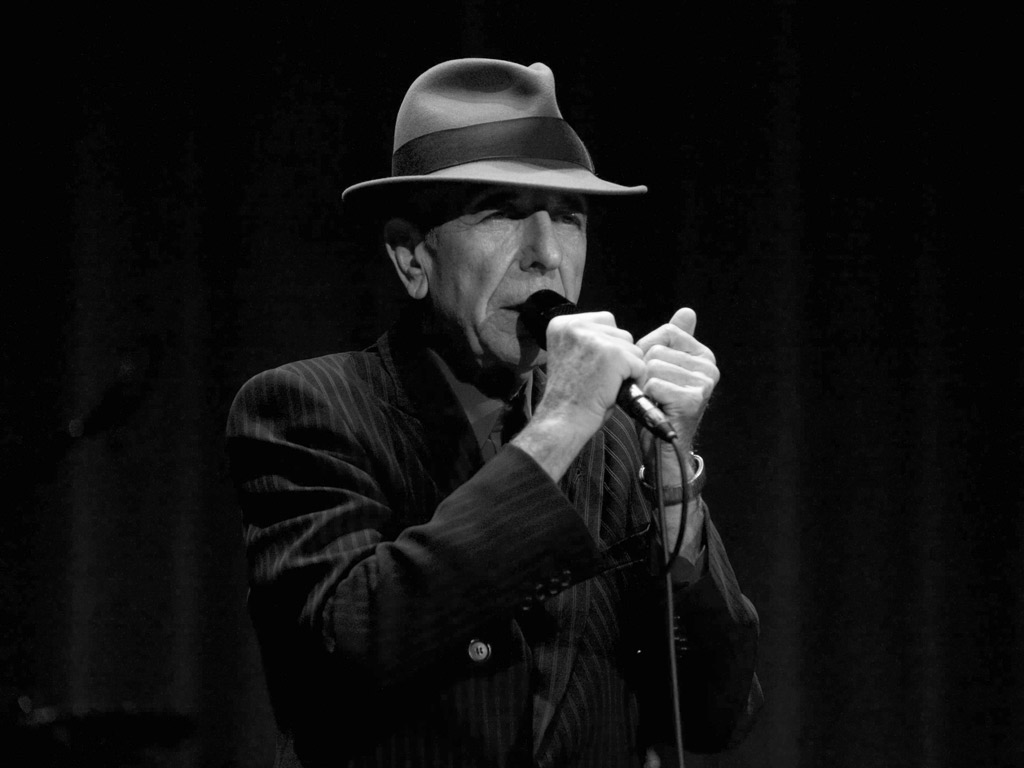 I will admit to previously not having had much interest in Leonard Cohen. Maybe it’s the gravelly, half-spoken vocal style (much of his final, posthumous album sounds like a poetry recital) and the quietly dark music. Also, maybe he was not on my radar because he’s not your typical pop singer. He only began his musical career in his 30s. He wrote songs for others before having a go at them himself; even then, perhaps uncharacteristically for the genre, he was cautious about his own talent for singing.

Cohen played in bands in his youth, so music was not foreign, but he had been a novelist and poet, and his songs often sound like poetry set to music. Words are the focus, making for an inevitable comparison to Bob Dylan. Known as a folk singer, Cohen’s classical influences also meant his music came out differently to much pop music influenced by the blues. (I also hear gypsy and Spanish influences.)

Cohen was also unusual for the degree of religious symbolism and influence in his songs (though he shares this with Dylan). His lyrics contain many phrases and stories lifted from the Bible and the Talmud (the collection of Jewish writings that sit at the centre of rabbinic Judaism). Cohen once said that biblical images are so prominent in his music because of their universality.

Cohen was Jewish, descended from the priestly family. Lyrics and melodies were influenced by synagogue and family scripture readings. But in the 1960s he also rebelled against what he saw as a ‘fossilised’ Judaism, and he read widely in religions. He saw Christianity as complementing rather than competing with Judaism (though in his music this could sometimes be complicated), and he was a student of Buddhism, spending much time in a Buddhist monastery. (It was common in the 60s and 70s for Western musicians and youth culture figures to distance themselves from their Judeo-Christian background and embrace Eastern philosophies, but Cohen is unusual in the depth of his commitment to Buddhism, and also in his lack of explicit rejection of the Western tradition.)

Harry Freedman’s book on Cohen is, as he writes, not a career summary, but a study of the religious dimension of Cohen’s songs. Freedman notes rightly that the songs can seem simple at first, with common – even mundane – phrases, and it is only with an understanding of the songs’ influences, which often comes through cross-referencing of verses, that the depth is revealed.

Biblical stories are given a fresh, personal spin. In Cohen’s ‘Story of Isaac’, for example, we hear about Abraham’s near-sacrifice of Isaac from Isaac’s perspective, though, typically, there are layers – elements of European mythology pop in, and in the middle of the song, according to Freedman, the subject moves to Jesus (sacrifice linking Isaac and Jesus, of course), though I am not so certain – there is a mix of veiled images, as with many Cohen songs.

Freedman opens the doors of the songs, wanders the rooms, pokes into cupboards. (And as such, the book may be an invitation for those of us less familiar with Cohen’s catalogue to explore his songs.) Freedman notes that Cohen ‘borrowed’ certain things from his religious influences – from Christianity, the importance of love and service, from Judaism, more mystical and philosophical themes. And from Buddhism, perhaps, Cohen learnt to be cautious and spare in his use of words – contrary to Judaism’s verbosity – a tricky trait for a poet and songsmith. It seems Cohen’s mix of influences was not simply postmodern eclecticism, an impatience with engaging with anything for long, as it might be for so many others, but the result of a considered generosity and desire for harmony.

Brokenness is a strong theme in the songs, writes Freedman. Cohen meditates on how nothing, from ideology to romantic relationships, is perfect, and part of our journey in the world, and the purpose of religion, is coming to terms with that. One of Cohen’s most famous lines is ‘There is a crack in everything, that’s how the light gets in’. Here we see revealed lyrically Cohen’s acceptance that reality is not rosy, but also a determination to find – or have it revealed by the grace of God – understanding of the divine in the midst of a dark world.