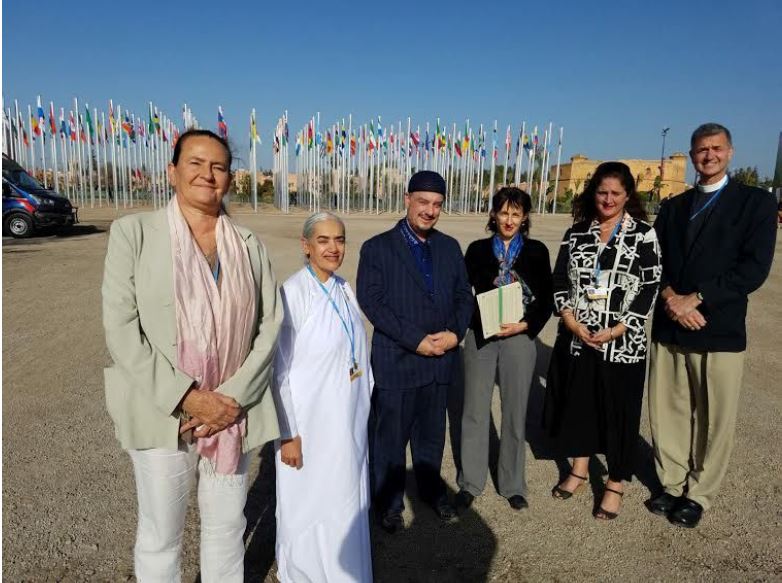 Last month, President of Uniting Church in Australia, Stuart McMillan, signed the agreement that urges the reduction of emissions and increased investment of renewable energy.

Government superannuation funds and sovereign wealth funds such as Australia’s Future Fund would be affected by this shift of investments.

“…pension funds must use their influence as investors and shareholders to accelerate the rapid de-carbonization of the economy,” stated Ban Ki-Moon.

Stuart McMillan said the statement highlighted the need for faith leaders to speak up for God’s creation and for governments to commit to a sustainable future.

“We have repeatedly heard the concerns of and worked alongside our pacific partner churches that are living now with the devastating consequences of sea level rises and increased cyclonic activity,” he said.

Tuvalu is just one of islands in the Pacific facing drought and diminishing fish stocks due to global warming.

The Paris agreement highlighted the need of combating climate change now, to ensure the earths sustainability for future generations. The goal is to reduce the greenhouse emissions to limit the global temperature rise to just 1.5°C.

The Interfaith Climate statement extends that call to people of faith to take action in this shared a moral obligation.

At the Summit of Religious and Secular Leaders on Climate Change, Ban Ki-Moon said that as the third largest world investors, religious organisations action on climate change could have enormous impact.

“[They can] establish green religious buildings, invest ethically in sustainable products,… set an example for the lifestyles of billions of people…[and take] actions can encourage political leaders to act more boldly in protecting people and the planet,” he said.

In early 2014, Uniting Church in Australia made the decision to sell its investments in fossil fuels.

Climate change has a direct correlation to hunger and poverty. In a recent UN report it showed a stark future. With the loss of agriculture, global poverty could increase to 122 million by 2030.

Archbishop Desmond Tutu, Pakistani Grand Imam Malauna Khabir Azard and the Dalai Lama are among the 230 plus faith leaders who have signed the statement.

Read more about how UnitingWorld is actively helping communities in the Pacific with the effects of climate change.