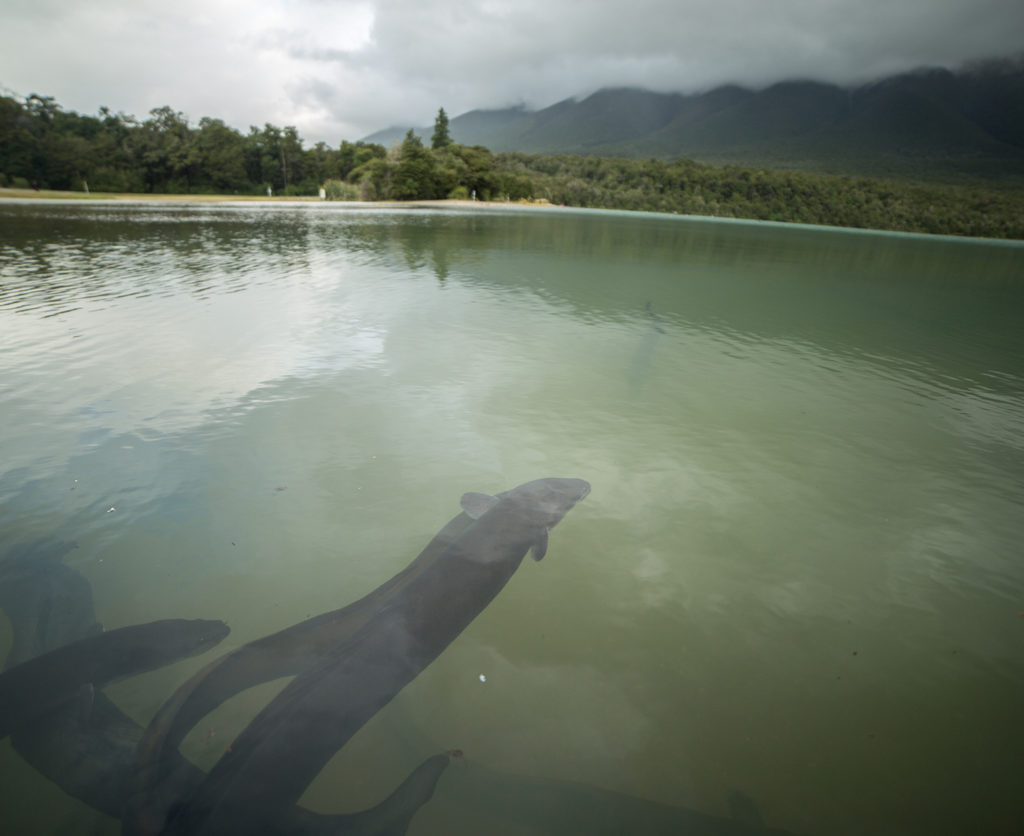 Review: The Gospel of the Eels

Eels have tended to be somewhat mysterious, and slightly sinister too, lurking about in the mud and behind rocks as they do. Today we know more about them, but they are something of a symbol of what we don’t know and what we have to accept on faith (hence the ‘gospel’ in Svensson’s book title). They are also a symbol of what we are losing.

European eels begin as larvae in the Sargasso Sea, a body of calmer water in the Atlantic that is surrounded by currents. These currents take the larvae, which develop into ‘glass eels’, the juvenile form, to Europe, where they were once so plentiful that they were scooped out of rivers and fed to pigs. They are now a rare delicacy, fished at night when conditions are just right.

When they reach Europe, the eels swim up rivers, developing into ‘yellow eels’ and spending years and decades in the shape most people are familiar with. No-one quite knows how long they live, but 100 years is a conservative estimate. When the time comes to breed they swim back to the Sargasso Sea as ‘silver eels’. No-one knows what triggers this final metamorphosis. (We have a similarly patchy understanding of the Australian eel, which spawns somewhere in the Coral Sea.) No silver eel has been found in the Sargasso (although electronic tracking devices indicate that they travel there). Eels have also resisted farming, so knowledge is partial.

Aristotle was the first to provide definitive information about eels from his close study, and got most of it wrong. He was not the only one. Medieval English people thought that eels grew from horse hairs that dropped into water, or that they simply spontaneously generated. The Israelites got them wrong too, putting them into the non-scaly group of sea creatures prohibited in Leviticus (eels have scales; they are just very small). One Johann Schmidt studied eels obsessively in the early twentieth century, finally establishing that both American and European eels originate in the Sargasso Sea.

Svensson thinks it is appropriate that Sigmund Freud studied eels before heading off into psychology, because there is something uncanny about them, not to mention sexually mysterious. Svensson speculates that eels may have played a part (perhaps unconsciously) in prompting Freud’s exploration of the unconscious.

Eels prompt in Svensson an existential exploration of origins and destinations. He elegantly weaves the history of eels through the often-tender story of his own family, and eel-fishing trips with his father, eventually pondering the fate of eels, numbers of which have been reduced by possibly 90% this century. As with many looming extinctions, the cause is likely to be human-induced, but multiplicitous – pollution, fishing, climate shifts. The lack of clarity on why they are disappearing adds to the threat.

Lack of knowledge also prompts Svensson to ponder the nature of faith, which he suggests is a natural, comforting reaction to fear, especially of death. (Eels, he notes, are eerily resilient, seeming to come back from death. In a different setting perhaps they would have made a fitting Christian symbol.) He also makes the contrast between faith and science. St Paul suggests that faith looks like foolishness, seemingly different to the certainty of science, though that is not quite the case, and not quite Paul’s point, as faith is trust, not certainty without basis. Svensson does rightly note that, contrary to idealisations of science, scientific progress is made through a lot of assuming, of leaps of faith followed by cautious testing, so he brings the two closer together.

How eels navigate and breed, how long they live and what triggers their metamorphoses remain elusive, but these issues may become irrelevant, Svensson suggests, if they go extinct, a distinct possibility. If they do, this will illustrate the fact that current environmental losses cover not just things seen, but also things unseen.