The Uniting Church that shaped Haberfield 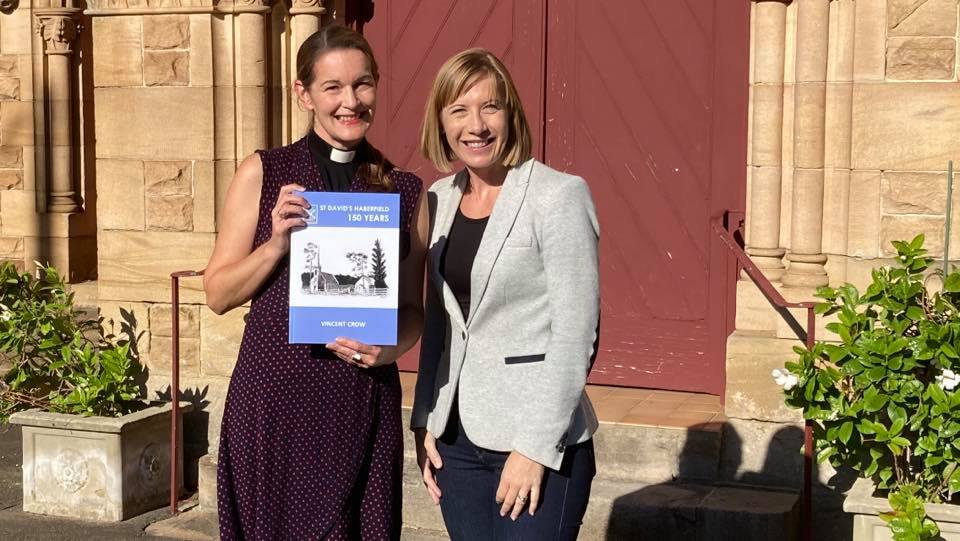 Rev. Joy Steele-Perkins is the minister at St David’s Uniting Church. She said that the book launch will be part of the church’s regular 9:30am service and will serve to thank Vince Crow, the local historian who wrote it.

“We are then holding a BBQ afterwards so that local politicians and others who are unable to make the service can join us then,” Rev. Steele-Perkins said.

“The Ramsay family will also be opening the family vault in the graveyard and will be present to provide information.”

Phil McCrea is the event organiser for the book launch. He explained to Insights that the church is integral to Haberfield local history.

“Vince is a retired school history teacher, and interestingly taught Anthony Albanese at school! He is President of the Haberfield Association, the aim of which is to preserve the Federation identity of Haberfield.”

Mr McCrea pointed out that Haberfield was the first planned suburb in the country, an initiative of real estate agent Richard Stanton. The suburb is based on the notion of a “garden suburb”, based around private transportation, gardens in the front of the house, and the requirement that each house be unique, while conforming to certain guidelines.

“Whilst this is normal these days, it was a major departure from the thinking around Victorian era terrace houses,” Mr McCrea said.

“St Davids Church is intricately associated with the suburb of Haberfield, and pre-dates the federation real estate initiation of Richard Stanton by some 40 years.  The main street of Haberfield – Ramsay St – is called after the Ramsay family, who donated the land for a Presbyterian church.”

The church hall was built first in 1862, and served as the local school till a purpose built school was built in Haberfield in the early 20th century.  The church itself followed in 1869.

“Jo Haylen has been interested in the work of St David’s since I have been here at least, and was present at my ordination,” Rev. Steele-Perkins said.

“Unfortunately, she is unable to be there on the day and organised a photo shoot beforehand because of that.”

Rev. Steele Perkins told Insights that the book launch highlights the purpose of the church’s work.

“This history book is an important document for many people at St David’s and in the Haberfield area, and that being aware and mindful or our past needs to be balanced with our need to look ahead and work together to discern who God now wants us to be and what God wants us to do,” Rev. Steele Perkins said.

St Davids Haberfield: 150 years will officially launch during a church service on Sunday 2 May at 9:30am. The service will be live streamed on their Facebook page. The book is hard cover, and around 90 pages. Copies can be purchased from the church for $50.

1 thought on “The Uniting Church that shaped Haberfield”