The tainted past of Australia’s ‘Sweet Country’ 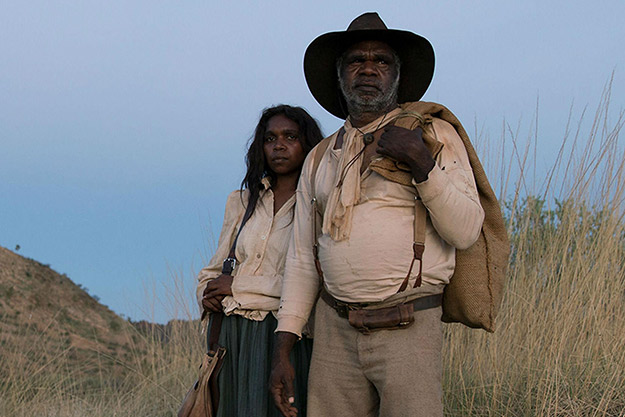 An open pot bubbles, its contents turn darker and volcanic when salt is added (like salt to a wound) as the audio of a man getting beaten plays in background. This is the gripping first scene that sets the premise for Sweet Country.

Set in 1929 Northern Territory outback, Sweet Country shows a harsh reality of Australia’s post-colonial history and the mistreatment of First Peoples, but then it seems to go even further. The film portrays a beautiful countryside complex in its design and of those who inhabit it. Whether the character is indigenous, non-indigenous, or of mixed race, Sweet Country questions the fractions caused by different beliefs, traditions, faith and understanding of the world. Differences that baits us to turn on each other, even if we might share the same skin colour or heritage.

The film’s biggest feat was how it managed to showcase so many themes and delve into each character central to the story. It showed the struggle to name the rapist. The conflict of identities for those who are of mixed race, as well as coming home from war and dealing with post traumatic stress disorder (PTSD).

In Sweet Country, an Aboriginal stockman Sam (Hamilton Morris) shoots and kills a white station owner Harry, in self-defense. Sam and his wife Lizzie (Natassia Gorey Furber) go on the run and are pursued across the outback and desert country. Sergeant Fletcher (Bryan Brown) leads the posse that includes Aboriginal tracker Archie (Gibson John) and local landowner Fred Smith (Sam Neill). Fred is a devout Christian and has joined the search to ensure that his friend Sam comes home alive. Eventually Sam gives himself up for the sake of his wife’s health. He is put on trial and Judge Taylor (Matt Day) is employed find the truth behind the bloody encounter. But will justice really prevail?

Here the story quickly becomes a test of faith. There is a poignant moment when Sam decides to surrender and he puts his trust in God, posing the argument that maybe God is good and so maybe God is watching over them. Then at another point Fred says, “We are all equal in the eyes of God.” But what does that mean in a society that is built on and feeds on the oppression and elevation of others over another? Again this looks at the supposed human condition where we try so hard to create divides as if our organs and bones aren’t made of the same matter. These are all confronting questions and themes that God also continues to ask us (James 1:23-25; Galatians 3:28). Asking us to look at the effect of our actions and inaction as well as atoning for our sins, no matter how we justify them.

The real story of Sweet Country was told in the silences, in each wretched expression and each graphic gaping bodily wound.  The screenwriting of Steven McGregor and David Tranter coupled with the direction of Warwick Thornton (Samson and Delilah) was masterful, as was the performance of a well-versed cast and newcomer Hamilton Morris. It’s no surprise that the film was the Special Jury Prize winner at the Venice Film Festival 2016 and Platform Prize winner at Toronto International Film Festival 2017. What the director, writers and the cast managed to do was deliver a compelling film, a story echoes in your mind long after you have watched the film.

Part of that echo is considering just how much has actually changed in Australia since the atrocities of the past and the casual racism. Will the wounds ever heal and will the scarring ever disappear?

Time and time again there are films that demand to be watched because they tell stories of a time that should never be forgotten. It is a reminder to not go backwards and shows us just how far Australia still has to go for reconciliation with First Peoples.

Sweet Country is that reminder, continuing the conversation of Australia’s past and how it influences the country’s future.

Sweet Country is available to watch now on SBS On Demand

PrevPreviousFrom my youth, you have taught me
NextA pointed indictment of contemporary AustraliaNext