Home
Reviews
Read This
The power of comic representation 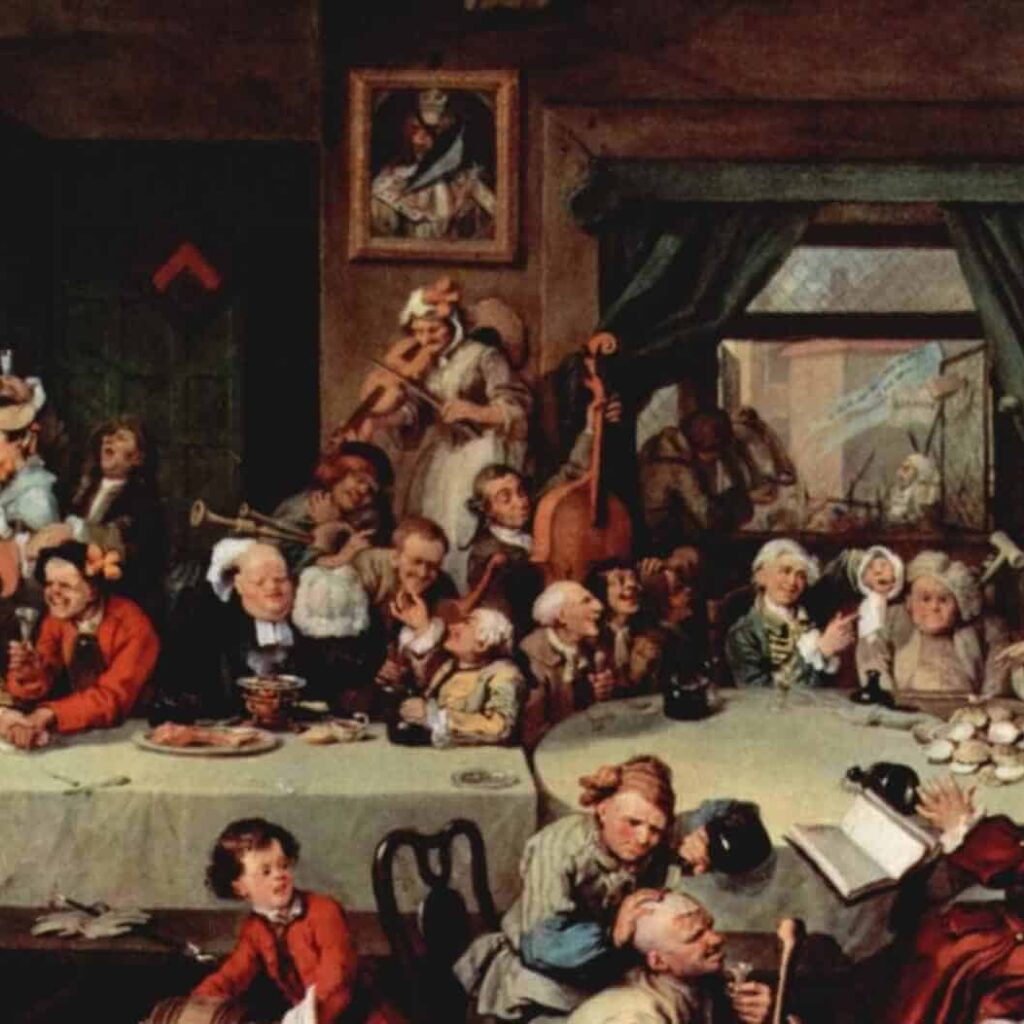 In the eighteenth century there was a hierarchy of art. At the top sat large historical paintings that might take their themes from the Bible or contemporary history. There might be elements of portrait and landscape, but they were distinguished by the skill in composition, harmony and dynamism. Portraits were down the scale, followed by landscape, still life painting, watercolours, etching and drawing.

In 1736 William Hogarth was a leading artist, due to his ‘Harlot’s Progress’ and ‘Rake’s Progress’ series of etchings, but he was also keen for commissions of the grander sort. He was asked to paint a series depicting stories of healing from the Bible, such as the healing at Bethesda and the Good Samaritan parable, for a hospital for abandoned infants, established by his friend, a retired sea captain, Thomas Corain. Often Hogarth was passed over for such large paintings, in favour of European artists, for being too dedicated to the ‘grotesque’, but here a realistic depiction of infirmity was important. While Jacqueline Riding, in her biography of the artist, says we might see these paintings as somewhat formal now, at the time the realism was innovatively provocative, Christ’s ‘unflinching’ care of the realistically portrayed sick prompting Corain’s contemporaries to ‘go and do likewise.’

The tension between realism and caricature and the traditional formalists dogged Hogarth’s career. He was gifted as a quick caricaturist. But he said he painted good likenesses, with personality (essential for a good caricaturist, actually). He now has a reputation as a satirist, but he began his career as a portraitist. And, as with Shakespeare, we can see high art amongst the populist humour. Hogarth was adept at picturing – yes, caricaturing – the attributes of an individual in order to make comment on general human behaviour.

His society was changing. As we are told in the book Hogarth and Europe, which puts Hogarth in context, as well as offering a comprehensive suite of reproductions of his artworks, there was new wealth from commercial enterprise (sometimes from slavery, it should be recognised). The new spirit of the more fluid society included new informalities and new individualism. A remarkably un-staid portrait of his sister Mary is filled with references to the new intellectual freedom for women. With a weakening of guilds and royal and church patronage, painters had new freedoms, and were on their way to a more modern style of artist. Classical and religious scenes were giving way to street tableaux (inspired by European trends). Prints became important ways to make money, with a new, less aristocratic clientele.

With the nouveau riche came new moral follies, and Hogarth’s prints helped present visually the moral boundaries of polite society and dire fate of those breaking the boundaries (be they rich or poor). But he also exploited the humour in the ribald, outrageous and eccentric. He makes fun of the new rich and their expensive, fashionable but gaudy tastes, just like a reality TV show about celebrities might today.

‘Gin Lane’ is one of the images that mention of Hogarth’s name might recall, in which a baby is seen tumbling to its doom from a drunk mother’s breast, mixing pathos and horror as it portrays the sad depravities of London. Originally a medicinal drink from Europe, gin was made from cheap grain that was unfit for beer, and, available in vast quantities, became a scourge of the London poor. (Interestingly, in an engraving Hogarth contrasts it with the supposed productive effects of beer.) In these prints Hogarth seems not to be simply taking cheap shots at the poor for humour’s sake but criticising the kind of society that allowed such inequality and subsequent vice. Riding suggests Hogarth was not politically affiliated, but critical of self-serving and unjust politicians of both sides.

There is little information of Hogarth’s childhood remaining, Riding tells us, but in her otherwise wonderfully, exuberantly crammed biography she leaves ‘no little detail’ unexplored, giving us a rich portrait of the often-pugilistic artist. His father wrote moral tales. Hogarth steered this family trait into his talent for drawing, and he learnt about the power of comic representation in the streets and carnivals of London. But there is always a mix of humour and empathy, just as Riding notes that there is a complex tension in his works between criticising and celebrating ‘laddishness.’

Hogarth was dissatisfied with the fickleness of his upper-class patrons, and his main beef was with snobbish art critics who often prioritised European artists just because they were European. There is something in Hogarth’s biography of the cultural cringe, and the parochial defender of local popular culture. He was often the victim of being judged against the foreign ideal, instead of on his own merits, a common enough problem in the history of art. This is despite the fact that (we learn from Hogarth and Europe) Hogarth was influenced by French and Dutch art, and his art in turn influenced artists in the then American colonies. His skill in representing the personality of his subjects, in a wider moral context, and in his loose, friendly style, was less appreciated by art critics in his time than now, even though he was commercially successful. James Whistler thought him the ‘greatest English painter.’

Often provocative, Hogarth is also remembered for his book The Line of Beauty, which drew the ire of the artistic elite, including Joshua Reynolds, by, apart from famously celebrating the sinuous line borrowed from nature, arguing for democracy, variety and innovation in art, a modern or even postmodern attitude that encouraged readers to make up their own minds about art and to seek the beauty around them, not in the halls of the gatekeepers of high art.