Home
Reviews
Culture Watch
The journey toward the emotional interior

The journey toward the emotional interior 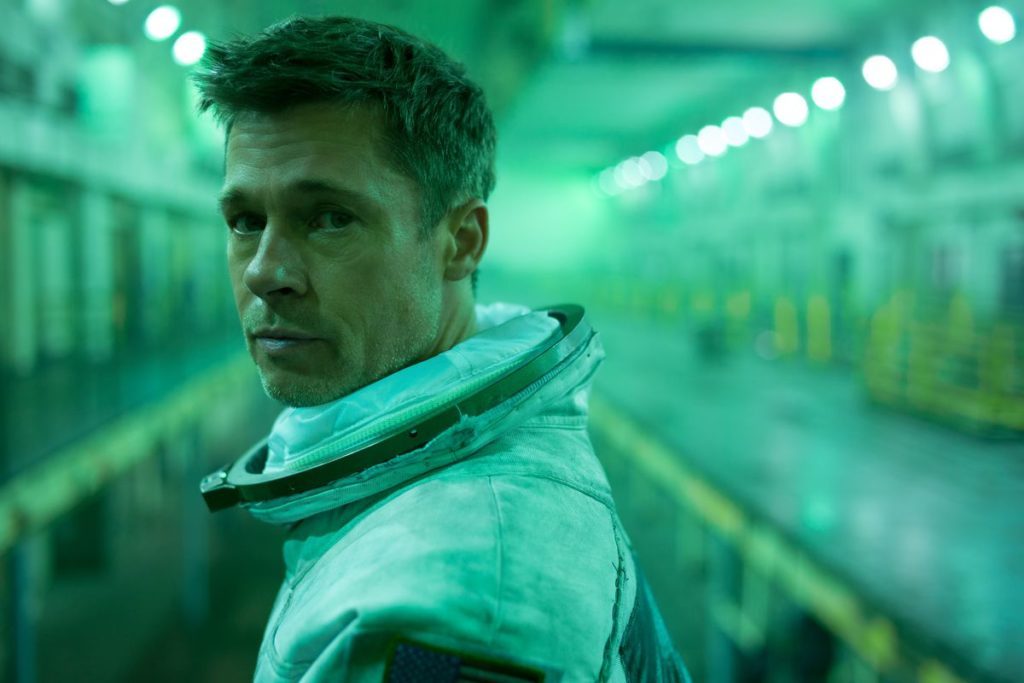 Why do I feel empty after watching this film? That was the plan.

There have been few films that have led to more discussions this year than Once Upon a Time in Hollywood and Ad Astra. Two films that star Brad Pitt and even more significant is that each movie has had a polarising effect with many viewers. Each film has directors that have a distinct style that if understood could help people to appreciate each film better.

This was especially noted with Ad Astra, an independent, art film wrapped up in the trappings of a blockbuster. This cathartic, psychological journey of astronaut Roy McBride (Pitt) depicts how he had a devastating impact on everyone who came into his relational orbit. This premise does prove to be difficult for audiences to embrace. Director James Gray (The Lost City of Z) stated in a recent GQ article about his story that, “Almost all of it is trying to figure out a way to express our emotional interior… It’s about trying to find a way to express something about loneliness.”

A space adventure that is less about the vastness of outer space and has more to do with the exploration of the inner human experience. This explains the passionate confusion and frustration that people shared after seeing Pitt’s venture into space. The disconnect between the trailers and the actual film proved to be too much for many who saw the film. Yet, it was one comment from a student of the arts that grabbed my attention, ’The only part I didn’t understand was why I felt “empty” after watching it.’

This transparent and authentic reaction to a film that was less about ‘moon-set buggy chases and space-capsule shoot-outs’ [2] as it was about understanding the loneliness of life. This young man’s experience after seeing this space adventure provided an opportunity to engage deeper with this film. The first step into this discussion has to address how films can draw us into an inexplicable emotional state. The next step to consider is to address the feelings of emptiness or loneliness amongst a group of people watching a movie together.

How do filmmakers connect audiences emotionally to a film?

The modern psychological term is called mirroring, which merely means when a person subconsciously replicates another person’s nonverbal signals. This phenomenon is an experience that you can have in real-life scenarios or when you are watching that romantic comedy for the 20th time and still profusely cry at the end. Some filmmakers may credit proper framing, sufficient lighting or emotive music for the emotional reactions, but in the end it all comes down to determining what causes our response. The real impact is how well we, the audience, connect with the actors.

In Ad Astra, Brad Pitt is in almost every frame of the film and the majority of the time he is on his own in space. To apply the mirroring principle to his character, means that it is not a stretch for people to feel a certain level of loneliness as Roy travels through space. These feelings are coupled with rejection at the conclusion when the astronaut comes in contact with his long-suffering father.

This could explain why someone might feel inexplicable loneliness and emptiness after watching this film. Not only being attributed to the mirroring principle, but it can come down to feeling disconnected from relationships. Roy McBride feels an overwhelming sense of disconnection from his father, H. Clifford McBride (Tommy Lee Jones). This son’s visceral desire to reconnect with his father becomes the driving force behind his journey and leads to devastating consequences for anyone who gets in his way. Similarly, the senior McBride experiences a certain disconnect from the universe when he resolves to the fact that there is no one else out there in the universe besides us. An expedition that he has committed his life to discover, leads him to a tragic end for himself and his crew.

The emotional response of the audience after seeing this film is not surprising, but the question remains of why would someone continue to feel this way after leaving the theatre? If someone is merely mimicking an actor’s performance, why would the feelings linger afterwards? Many possible answers can be considered through a multitude of disciplines, but one could venture to answer all of the questions mentioned above from the theological realm.

For the creation was subjected to futility, not willingly, but because of him who subjected it, in hope.

For those searching for answers to the subjects of emptiness and loneliness, the Bible addresses these topics with a classic and refreshing approach. The reality is that this world forces us to feel these emotions, because of the futility that exists within the human journey. Even with all the beauty and wonder in the world, it all does seem to include an emptiness and pain. Part of this pain is the feeling of being disconnected from others and even though many will not be willing to admit it, disconnection from God.

It is a harsh reality of life on earth and even in the depiction of McBrides’ experiences in outer space. The Bible also gives us an answer to help to curtail and remedy these emotions. Anyone can discover that the answer to emptiness and loneliness comes with connecting with others. Yet, this is not enough, because true connection can only come when it is with the creator of the universe. God’s solution to this issue can be found in through faith in Jesus Christ. This offer is not to those who have it all figured out or have it all together, but to all who have that underlying desire for reconnection. Moving beyond the emptiness of this life.

Those who are well have no need of a physician, but those who are sick. I came not to call the righteous, but sinners.

For all who think that movies are merely entertainment, this article may be challenging to ponder or acknowledge to be true. Yet, it all started with a few people watching a film and a conversation ensued that went beyond an astronaut exploring the vastness of the universe. James Gray opened the door to explore the emotional interior of his characters and challenges the audiences of the world to consider what is really important in this life. That being his intention, then all I can say is, ‘mission accomplished.’

PrevPreviousWhat if we actually did what Jesus did?
NextLove reaching beyond our shoresNext