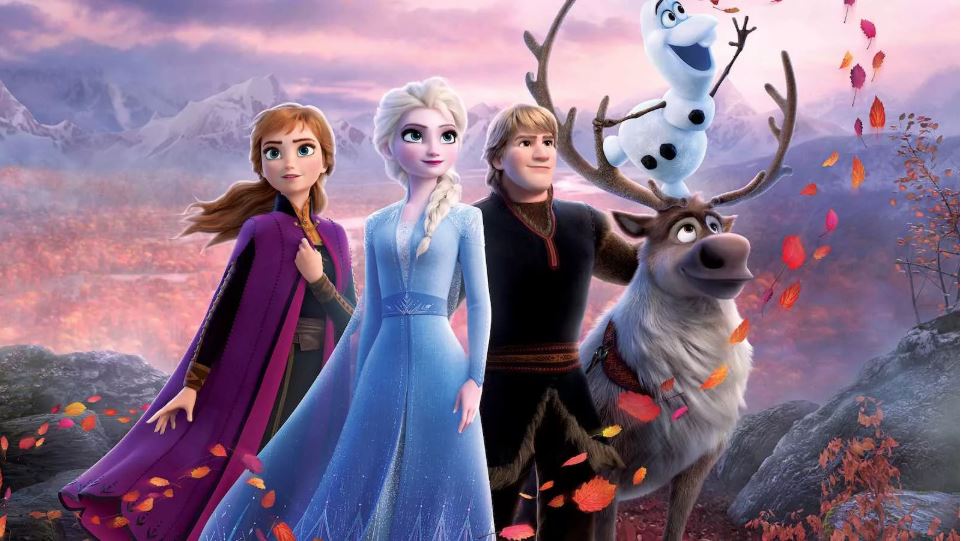 Disney films are not built for sequels. The stories are usually wrapped up neatly, with all the good characters having found the one thing that can make them happy and the bad guys having been thoroughly thwarted; to continue the story inevitably means undoing some of that happy ending. Frozen II, which returns Chris Buck and Jennifer Lee to the director’s chair after they guided the first film to a $1.27 billion international gross, suffers from needing to continue a story that felt closed and complete. It doesn’t feel like a necessary venture, but young fans of Elsa and Anna are unlikely to care too much when they see their favourite characters on the screen. Thanks to a lovely soundtrack, a few great performances, and a plot that makes a valiant attempt to explore what’s next for these characters, Frozen II is a mild success.

Frozen II picks up several years after Elsa’s (Idina Menzel) coronation, and she finds herself happy but distracted, often hearing a distant song that seems to be calling to her. Following the siren call, Elsa accidentally unleashes multiple elemental spirits upon Arendelle, and must venture north--along with Anna (Kristen Bell), Olaf (Josh Gad), Kristoph (Jonathan Groff) and Sven--on a journey to save her village. It will ultimately unlock long-held secrets and revelations about her past and her powers.

In truth, there are no major shocking reveals here, and there’s a general lack of dramatic tension. That’s not likely to bother the film’s young audience, but parents and older fans might find themselves longing for the themes that “Let It Go”, the first movie’s breakout song, so perfectly encapsulated. Many of the characters are boiled down to a single characteristic, simplifying a cast that were given greater arcs and motivation in the first film. Anna and Kristoph particularly suffer from this, and their relationship never quite rings true as a result—Anna is singularly fixated on being a good sister, while Kristoph is reduced to being fumbling and lovesick.

Olaf is now the primary comic relief, rather than just being one element in a funny film, and it’s an ill fit – the characters seem annoyed by him at certain points, and audience members over the age of eight likely will be too. There are some definite standouts, though: Elsa’s emotional arc remains compelling, and Sterling K Brown is quietly magnificent as Mattias, a returning figure from their family’s past. The film delves into some heavy material and manages to sensitively explore themes of loneliness and belonging with a gentle touch. It’s fascinating to watch Elsa and Anna continue to process the grief of the loss of their parents, and the film is at its best when its cast is asked to confront their own past traumas. It might sound like heavy stuff for a kids film, but it’s not, really – the fantastical elements and musical numbers keep it from ever getting too bleak.

Frozen II is a musical, and while there are no tracks quite as immediately iconic as “Let It Go” or “Do You Want To Build A Snowman,” they’re all at least toe-tappers. The show-stopping “Into The Unknown” comes closest to recapturing the magic, and does a great job of showing off Menzel’s incredible voice, while “Lost in the Woods” (sung by Groff) is a fun riff on the 80s love ballad. Frozen II might not inspire sing-along screenings, but it’s good enough to warrant a few spins on Spotify.

The film is intermittently stunning. Interiors and character models can feel a tad stale, but when Frozen II embraces nature it looks wonderful. The crisp snow makes way for enormous forests and roiling seas, and while the movie never rises to the level of imagination of Pixar’s best work, there are a handful of great sequences set to music that get a bit more creative.

Frozen II is a solid follow up on the original, and while it doesn’t feel immediately iconic in the way its predecessor did, it’s still one of the best sequels Disney has ever produced. Whether you’re personally deeply invested in the characters from the first film or simply hoping that the eventual DVD and Disney+ release will give you some variety in what you can watch with a Frozen-obsessed child, Frozen II won’t disappoint, although it likely won’t dazzle either.

James O’Connor is a critic and journalist.

PrevPreviousWalk through the Stations of the Cross
NextThe Palm Sunday Peace March: Some historyNext