Home
Reviews
Read This
The cost of hubris

The cost of hubris 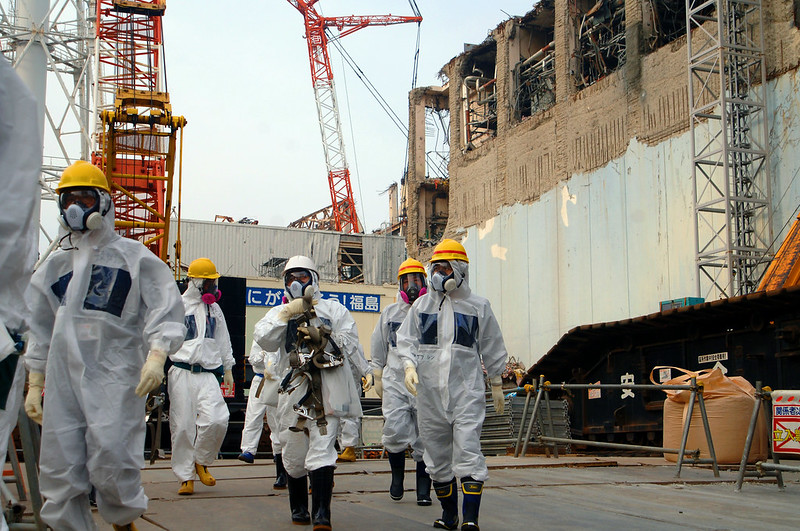 Serhii Plokhy begins his new book about six nuclear disasters by noting that in Pripyat, the city that housed the workers at the Chernobyl plant and is now deserted, there was a statue of Prometheus. He suggests, rather drolly, that the statue’s meaning changed after the 1986 meltdown. One wonders why whoever raised the statue didn’t think through the whole Prometheus story. Didn’t anyone have a hint of reservation about putting up such a hubristic monument?

The power, evident in nuclear bomb detonations, is astounding. You can understand Oppenheimer’s comments about humans becoming god-like. You can understand why it’s irresistible to the hubristic, but they are playing with fire. A common theme throughout the chapters of Plokhy’s book is that while, typically, there was a lot of planning about how a nuclear power plant should work, there was a lot of wishing that a disaster wouldn’t happen, and a lack of disaster planning. At Windscale in the UK, site of a fire at a nuclear power station in 1957, there was planning for normal circumstances, but no-one, it seems, had thought through how a fire would be contained if one broke out. It was all precaution and no contingency. More than once, tellingly, Plokhy quotes industry insiders saying, after the fact, that they thought the same way the builders of the Titanic had. From Windscale to Chernobyl to Fukushima, there was not enough information sharing, too much arrogance and denial. A strength of this book’s particular format is the message that people don’t learn. Effectively, Plokhy ends each chapter wondering if the modern Prometheuses manipulating nuclear energy needed disaster to realise the dangers.

Two of his chapters are not about nuclear power generation. His first is about the 1954 Bikini Atoll test, named ‘Castle Bravo’. This was a disaster in the sense of environmental destruction and the contamination of people in the area. The test was far larger than expected, and hundreds of times more powerful than the Hiroshima bomb. Equipment thought to be out of harm’s way was unexpectedly destroyed by the size of the explosion. Radiation was double what was expected. Locals on surrounding atolls were contaminated by radioactive ash – with hair loss, itching and later, much worse – as were a Japanese fishing crew missed in sweeps of the area. (Contaminated fish made it all the way back to Japan.) This was, of course, on top of the obliteration of coral ecosystems in the area. Part of the reason for the test was that the military just didn’t know what might happen. One thinks of schoolboys and matches.

The military went ahead with the test even though wind conditions, by their own estimations, weren’t ideal. In the US, in what would become a recurring theme, the chairman of the Atomic Commission played down the seriousness of the contamination. Soon after, there were petitions for a ban on testing, as fallout circled the globe. The Marshallese people petitioned the UN, arguing that the US was not acting as it should in its trusteeship of the islands where the tests were held. (As if the US was interested in the welfare of the residents.)

Cold War rivalries added to the dangers. In the Soviet Union, Plokhy writes, the choices of reactor, with their inherent instabilities, and cost- and corner-cutting, were due not primarily to the demand for electrical energy, but due to a perceived need to keep up with the US, whose reactors were of a superior standard. At Chernobyl, disaster was compounded by a culture of secrecy internally – the Soviets didn’t learn from each other, as problems that might have prompted solutions were covered up. (The same problems that occurred at Chernobyl had already been observed at a Leningrad plant.) Also, due to their rivalry with the US, the Soviets were reluctant to admit error. (A not exclusive position, as we have seen.) The state swung into action to evacuate and decontaminate, but, as with Windscale, ‘managing’ the crisis meant not informing locals, and the wider European community, of what was going on. The theoretical safety of a reactor is always potentially compromised by surrounding political, environmental, societal and economic factors.

At Fukushima, by 1988, targets were trumping safety protocols, and in 2002 there was a scandal regarding falsified safety reports. When disaster struck in 2011, containment was heroic but ad-hoc. The tsunami’s scale had perhaps not been anticipated, but this was in a country prone to regular earthquakes and tsunamis. Fukushima was positioned geographically to take advantage of nearby seawater for cooling, but this proved a disadvantage. A seawall built for protection was breached (actually by a third wave, which was the slowest but also the highest). While the reactors were well above sea level, generators in the basement of the turbine halls weren’t. Unlike Chernobyl where evacuation was at least orderly, evacuations at Fukushima weren’t, not helped by the devastation caused by the tsunami.

There is a common argument that nuclear power generation is justified because of the relatively lower costs. Plokhy argues that this is simply not the case, and that while day-to-day costs once a plant is up and running are reasonable, the costs of building, decommissioning and disposing of radioactive waste are more than that of both fossil fuels and renewables. Then there is the cost of clean-up after mishap, which in the case of the American Three Mile Island incident, is expected to continue in one form or another until the hundred-year anniversary of the incident. Advocates are quick to call out what they see as fearmongering, and take a utilitarian stance, pointing to the safe operation of numerous plants worldwide, but the costs of disposal of waste material both after normal operations and after misadventure are so high.

Amongst philosophers there is a theory of a cosmological bent that in the universe there’s probably a lot of civilisations like ours but when these civilisations discover nuclear power, they end up inevitably destroying themselves because it is too hard to control. This would explain why we have had no contact or haven’t been visited by them. Put aside for a moment the question of whether the other civilisations argument has legs, probability-wise, and make of this what you will, but you can see the logic. One of the common responses, accompanied by something of a sigh of relief, to power station failures or nuclear brinkmanship such as what happened during the Cuban Missile Crisis is, ‘it could have been a lot worse.’

PrevPreviousA warning from Isaiah about the consequences of failing to be good stewards of God’s creation
NextIs this the face of Joseph? Well, no…Next