That Videotape We Made: Silent Hill 2’s Lakeview Hotel 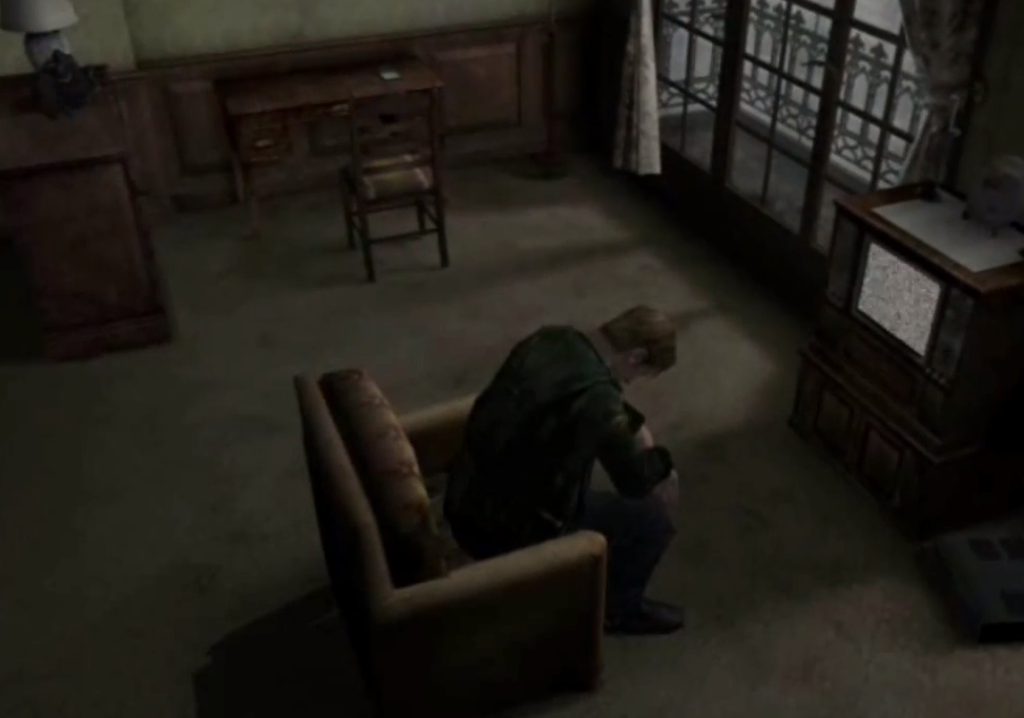 Its exact meaning obscured, and delivered in abstract ways, Silent Hill 2 is a game that bears replaying.  The game has long been the subject of analysis, with numerous articles and videogame forums filled with speculation and theories about its story and symbolism. Silent Hill’s Lakeview Hotel might be the title’s most significant location. It is here that the story hinges, and the player makes a devastating discovery that all of the game’s meaning rests on. (Needless to say, this reflection contains spoilers, so tread with caution if you intend to play the game.)

Up to this point in Silent Hill 2’s narrative, player character James Sunderland has entered Silent Hill, looking for his deceased wife, Mary, who has apparently sent him a letter calling him to join her in their “special place”. If that doesn’t make sense, it’s because James doesn’t have many clear memories. Silent Hill 2 is an experience of trudging awkwardly through a strange, abandoned city full of fog and monsters. Gameplay consists largely of looking for objects that give some hint of a greater tragedy within the protagonist’s mind, while surviving the city’s denizens and characters “called” there by the darkness of their pasts.

Silent Hill 2 builds up to the hotel level with references to James and Mary’s stay there, and the sense of anticipation becomes palpable. In order to get to the hotel, James must steer a boat awkwardly through fog. Once inside, he finds a video—apparently held for him by hotel staff kind enough to leave a note—and the room where Mary is apparently waiting. When James gets there, there is no sign of Mary. The hotel room, like most other rooms is empty, her absence utterly jarring.  Following instructions, James places the video into the VCR, and turns it on, a victory that gives way to dread very quickly, as the tape reveals that Mary is, in fact, dead. James, it turns out, is the one who killed her, smothering his terminally ill wife with a pillow in the hopes of easing her suffering.

There is a particular weirdness to Silent Hill being James and Mary’s ‘special place’. Even if it did not have shambling monsters, the town does not seem like a romantic destination, filled as it is with thick fog and vaguely off-putting architecture. In a Making of Silent Hill 2 DVD, sold with the European version of the game, art director Masahi Tsuboyama said that this was deliberate. “I wanted to make something that would really disturb the game players whilst attracting them. Something with an aura of mystery.” Reflecting Tsuboyama’s desire, Silent Hill 2’s images feature a grainy filter that gives them a creepier feel.

The Hotel holds up as an example of what repetition and level design can do in creating a game’s meaning. Constantly going up and down the hotel’s stairs, and backtracking is a constant feature of the level design, as it is in previous levels. Again, what might seem a frustrating aspect to the gameplay is another conscious and subtle design feature. According to the documentary, the entire town of Silent Hill forces the player to take a long time to get from one segment to the next, making the player feel isolated in a hostile and bizarre world.

When James initially enters the hotel, it resembles how it looked when he and Mary were there. After the revelation of James’ role in her death, the player is treated to an ‘alternate’ version of the hotel, which is burnt out and in disrepair, more in line with the effects of three years of abandonment.

Leaving the hotel room after the revelatory cutscene, the player is also confronted with music that is a remix of what was playing before the scene. Everything seems to be going backwards, with the level design from this point on being mirrored from what the player experienced pre-cutscene. How James has viewed the world after Mary’s death has been to obscure certain events and forget others, with the Silent Hill hotel serving as a solemn reminder that, after tragedy, time marches on.

Silent Hill 2’s sound effects are genuinely unnerving. Sound designer, Akira Yamaoka devoted some fifty individual sound effects, with around one hundred variations. “I think the sound effects in Resident Evil are pretty formal,” Yamaoka said on the Making of documentary. “I would say we are used to hearing them. Whereas for Silent Hill 2, I really tried to create something that would surprise you, something that would challenge your imagination, as if the sounds were going under your skin. What I mean by that is that is to create a physical reaction for the game player such as a feeling of apprehension and unease.” Yamaoka said. “Above all, I wanted to make sure that people feel something listening to my music.”

With this in mind, the music that follows Mary’s death is one of the game’s best songs. Entitled ‘True’ on Silent Hill 2’s official soundtrack, the haunting piano is joined by backing drumming, and the sound of Mary’s voice, still trying to get her husband’s attention on the radio.

Apart from James and Mary, two of the characters that are significant to the hotel level are Maria and Laura.

Prior to entering the hotel, James finds Maria locked in a jail cell in one of Silent Hill 2’s more bizarre cutscenes. She coquettishly asks James whether he has found “that videotape we made” in the hotel.  How exactly Maria is involved in making the tape is not ever explicitly explained, but one theory about her role in the game is that she represents James’ suppressed desires and delusions, a darker, flirtier and more suggestive fantasy version of James’ late wife. As well as James pointing out the obvious similarities, Maria and Mary both had the same actress, for both the motion capture and original voiceover, and the character models are only slightly different.

Laura, a young girl who taunts James, appears in various locations throughout the game, including the hotel. Initially, she can be seen playing the hotel piano. Throughout the game, it is clear that she knew Laura, and it is revealed in one letter that James finds that his late wife at some point intended to ‘adopt’ her. Again, while her role is never spelled out, is clear enough that Laura acts as a voice for James’ guilt, taunting him that he never loved Laura, that he hated her. After James views the tape, Laura appears, in time to hear his confession. One theory for her exact role in light of this is that she represents the child James and Mary can never have.

Silent Hill 2 is widely considered the best game in the series, although Silent Hill 3 and Shattered Memories on the Wii are also well regarded. The game has featured in numerous Best Survival Horror lists, and inspired numerous games that followed, such as The Evil Within. With recent news that the latest iteration, Silent Hills, has been cancelled, the status quo will remain for now. The creepy game about a man’s tortured conscience, and the hotel where everything unraveled for him, stand out among the fog.