Reflections on the Sydney Siege

Many of us who live in bigger cities are used to our Monday-morning coffee rituals. But customers at the Lindt Café, on December 15, could not have foreseen this everyday ritual turning into a hostage situation the world would watch. Efforts by police to negotiate a peaceful end to the siege, continued well into the night. After 16 hours, the siege ended tragically, with the death of Katrina Dawson and Tori Johnson. Many claimed that Sydney’s innocence had been lost.

During the days that followed the Sydney Siege, many were left with a sense of loss, grief — and healing.

The Rev. Dr Stephen Robinson is the National Disaster Recovery Officer of the Uniting Church in Australia. In the immediate aftermath of the siege, he was among those who offered comfort to mourners at the Martin Place memorial site. Below, he shares his personal reflections about this traumatic yet hopeful time. He wrote these intimate observations, as he was continuing to offer support at the site.
Over the page, Director of Sydney Alliance, Amanda Tattersall, provides her own reflections upon the siege. First published on her blog, Amanda shares what she felt and thought in the hours and days after the event. 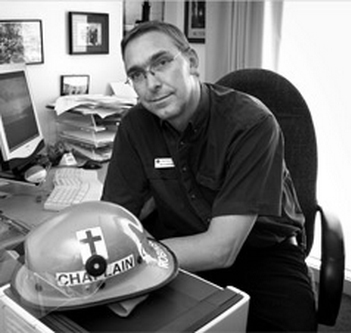 Sydney is a different city to what it was last week. The events which took place in Martin Place have shaken it to the core and found a depth of humanity, cohesion and community I have never witnessed before.
Yesterday and today, I was alongside chaplains of the Disaster Recovery Chaplaincy Network (DRCN). They supported thousands of people, around the makeshift memorial of a growing sea of flowers. These chaplains — all volunteers from a wide range of faith backgrounds — faithfully stood beside people visiting what has become a sacred site in the heart of Sydney, close to the Lindt Café (the scene of so much fear and uncertainty).

People have returned or visited for a variety of reasons: to process the insanity of such a place being the scene of terror; to honour those who served to protect; and to mourn those who died. Many came to reclaim the space… “This doesn’t happen in Australia — we don’t want to lose what we have,” or “I just needed to be here.” There has been a powerful sense of togetherness. People of all faiths — and none — sharing this moment, and this space, in their own way.

The loss of innocence and life was a loss to all. This coming together is a blessing to all. There is an overwhelming sense of shared life, which is bringing the beginnings of a new healing.
For many people, there were very strong associations. Quite a few had been to the Lindt Café for special occasions, or they were planning to. One lady talked of having been held up by half an hour on that Monday.

But for that delay, she would have been there, when the siege started. She saw God’s hand in her avoiding it.

For many people, it stirred up other tragic events. Some spoke of being in New York City during the World Trade Centre attack, or Boston when its marathon was bombed. Others recounted personal losses, such as the recent death of a loved one.

Many spoke of God, of death, of loss and hope, during conversations with the chaplains.

One thing that struck me (and the other chaplains) was the number of people — many whom we hadn’t even spoken to — who would touch our arm as they walked past, and say, “Thank you for what you are doing.”

In the literature about disaster recovery, there is a theoretical stage documented as “the Honeymoon” phase. During this, people who have survived something awful, and see their commonality, celebrate the passing of the dreadful common experience. This tends to be followed by a phase of disillusionment.

My deep hope is that this current sense of shared life will not easily pass, but mark a new beginning in our understanding of each other and our maturity as a people.

Please pray for all who brought assistance during the siege, and its aftermath: The police who stood by to keep people safe; the council officers who brought order and the odd bottle of water to people in the crowd; Red Cross volunteers and Mental Health workers who aided individuals; shop-keepers who gave food and drink to many in need; those who brought flowers and words of blessing and hope; and chaplains who came alongside fellow citizens, to pray.

Rev. Dr. Stephen Robinson is the National Disaster Recovery Officer of the Uniting Church in Australia. You can follow Rev. Dr Robinson’s blog at https://stephenrobbo.wordpress.com/ 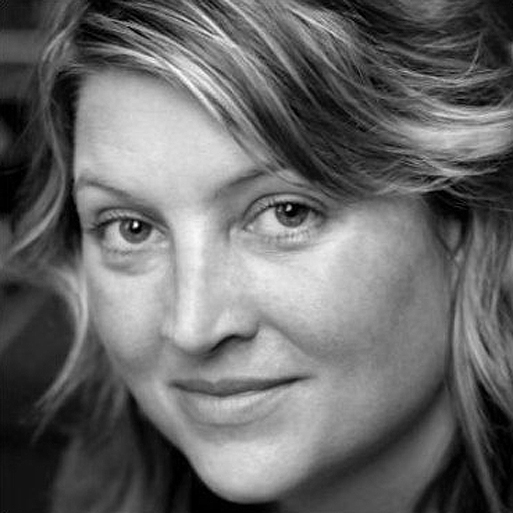 On Monday morning at 10:34 am [December 15], I got an SMS from my sister saying, “Stay away from Martin Place!” My heart skipped a beat. I had just left the Queen Victoria Building, where my mum had picked up my four-year-old son, so they could go to look at the Christmas decorations in the city.

Then another SMS seconds later — “Just spoke to Mum. She said you were going to a meeting. Hostage situation in Lindt Chocolate.” I tried calling my Mum, but couldn’t get through. I assumed they were okay (even though, despite a lot of calls, I didn’t get to speak to my Mum till about midday).

I then called and sent a message to my husband, saying “Don’t go to Martin Place.” I got a message back: “I’m down at Wynyard. Might not head past there.”
This kind of shocking panic was repeated all across Sydney. We didn’t know what was happening and, in the first moments of finding out about the siege, we were terrified.

I got a message 15 minutes later from my husband, saying that “our building is in lockdown.” Minutes after that, I find out that the Polding Centre — the home of the Catholic Archdiocese — is in lockdown. A few minutes later, my colleague at the Sydney Alliance sends me a message: “Don’t come into the office — we are in lockdown.”

I was struggling to interpret what was going on. I was anxious and finding it hard to think straight. But, unlike many Sydney-siders, I have some very deep and close relationships with leaders in Sydney’s Muslim community.

I am a community organiser and, for the past seven years, have been working with people from all across Sydney’s civil society. To build a massive alliance that aims to strengthen our civil society and community voice.

I have known Maha Abdo, the Executive Officer of the Muslim Women’s Association, for a long time. So, on Monday, December 15, after I found out that my family was okay, I sent texts to Maha Abdo and Joumana Harris, the President of the Muslim Women’s Association. We stayed in contact all day. We exchanged messages like this, from Joumana: “Thank you so much for your support. I have spoken to Maha … you are a great source of strength for us. These have been very difficult months and I know they will only get more difficult. The support of our non-Muslim friends has been amazing. From the bottom of my heart, thank you.”

And … “Lets pray and work for a peaceful society we want our children to live in. Thanks Amanda, [but] our hearts are heavy.”

So this week, as the founder and executive director of the Sydney Alliance, I knew that I had to step up and lead. I had to help connect with the trauma of the siege, the fear in the city, and the risk that people might blame a religion for the horrible actions of an individual.

I went into Martin Place several times. It is a citizens’ shrine, created by the people of Sydney, to embody our collective grief. It is a remarkable place. I feel so proud to live in a city where we can express ourselves so tenderly, so quietly and with such deep emotion.

Very early on Thursday morning, I ran into the city. I watched the sun rise over the buildings as I edged closer to Martin Place. This time, the square was almost empty. It was 6 am. I was able to walk right up to the memorial and read the messages. The thing that surprised and overwhelmed me was the smell. The flowers reminded me of when I was in hospital after the birth of my first son — the rich smell of pollen. Martin

Place, for me, was both a symbol of death and birth.

We experienced a devastating tragedy on Tuesday, 16 December. When I woke early that morning and read the news, I let out an involuntary cry — “Oh, no.” Like everyone I had hoped that the siege could end without death. The sorrow and grief is immense. Like many people, good friends of mine went to university with the victims. There is so much pain and sorrow for two lives ended too soon.

But out of the ashes of this tragedy, there is a seed of hope. There is the possibility of new life. New life for our city. All across Sydney, we are reaching out to each other. We are seeking comfort in our communities, as we try to understand and interpret what happened.

The spontaneous online message #illRideWithYou and the physical “Olive Ribbon” emblem (#OliveRibbon), are symbols that we are using. To help us express both our sorrow, as well as our hope, for a better world.

I am hopeful. In 2005 when the Cronulla Riots occurred, I felt a deep sense of sadness and shame. I was devastated that such rage could be expressed in my city. Today, in 2014, we are in a different place. Things have changed. We have seen our city come together in an extraordinary and remarkable way.

Our challenge now is to sustain the goodwill we see in Martin Place, and across the city, into deeper relationships of trust and understanding. We need to strengthen the relationships we already have between our churches, community organisations, synagogues, schools, unions and mosques.

It will be these relationships of understanding and trust — between, and across, civil society — that allow us to anchor our democracy, create an empathetic citizenry, and to build a city that works for the common good.

And to that end, the Sydney Alliance will work during the forthcoming weeks, months and years, to help us deepen our connections and trust. We need to meet each other. We need to know each other, in order to trust and love each other. That is the hope I have for Sydney.

This is an edited version of a blog post which can be read in full at https://www.sydneyalliance.org.au/my_hope_lies_in_sydney_s_civil_society