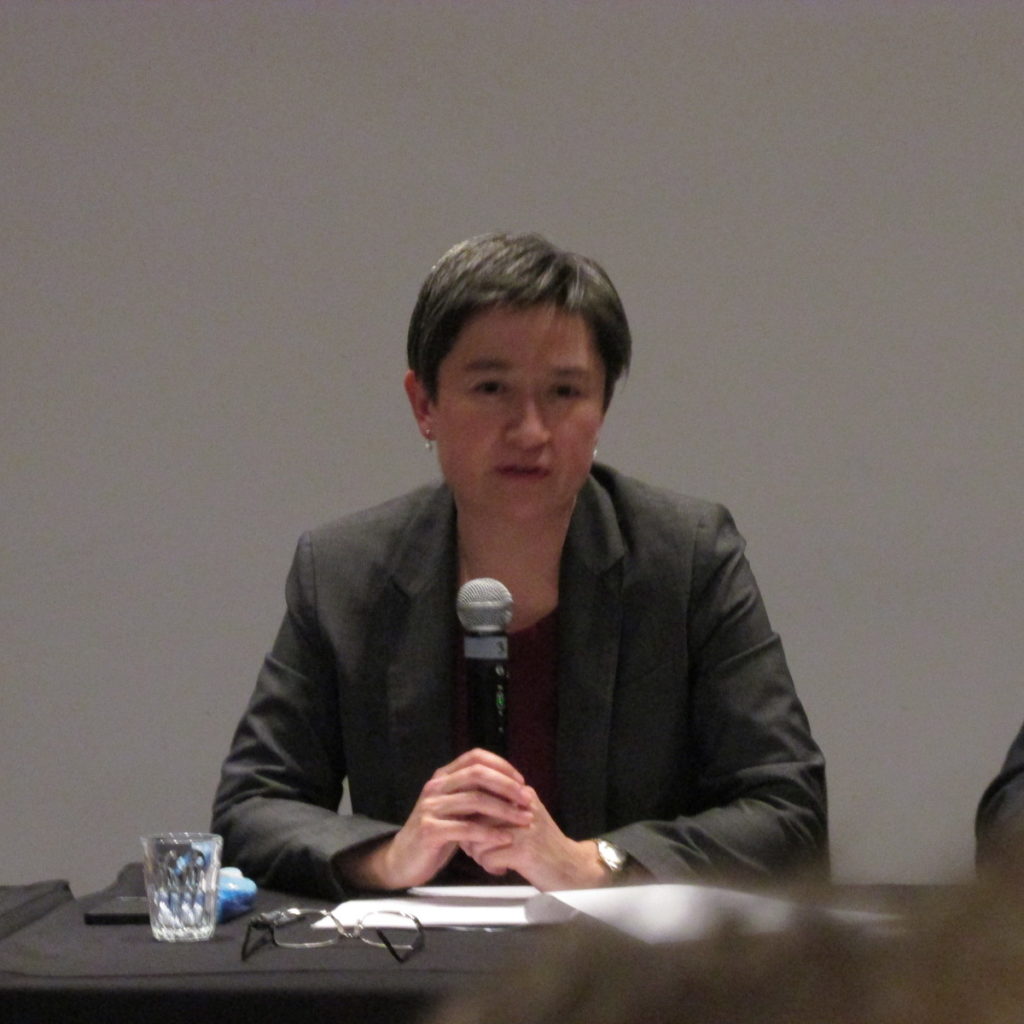 Margaret Simons says that it was difficult to convince Penny Wong to offer interviews for this biography, because Wong is ‘shy’ and ‘private’, unusual characteristics, you might think, for one of the most admired female leaders in the country, one who is ‘head and shoulders’ above colleagues (male or female). But there is justification for Wong’s reluctance. She has been in the middle of recent, divisive national debates over immigration, climate, environment, water and same-sex marriage, and her status as a gay woman of partly Chinese heritage makes her a target, even today, for vituperative prejudice, revealing much that is ugly in Australian society. This gives the book, sadly, a dark undertone that dominates much of its narrative, quite aside from the disappointments of her political career, from the Rudd government’s failures on climate policy, to 2019’s federal election loss.

There is some irony in Wong, for detractors and admirers, being something of a personification of identity politics of the Left, and holding strong ideals, because Simons emphasises repeatedly that Wong is pragmatic and a compromiser. Some see her therefore as a career politician determined to gain power and willing to negotiate on principles. (This criticism has come especially from the Greens.) But this is not what comes out of the book. Rather, partly because of her background, she dislikes ‘binary’ choices. Things are not as simplistic as ‘jobs versus environment’ or China versus USA. Simons says understatedly, “It’s complicated to be Penny Wong”, but for Wong, life is complicated, and in order to make changes, one must be persistent and flexible. (The subtitle of this book could just as well be ‘Pragmatism and Persistence’.) Simons says that one thing readers can learn from the book is that politics is hard and requires compromise.

Wong suggests that making changes necessitates being on the ‘inside’, and being on the inside is a long, tough road. Wong recalls that she could have quit the Labor party many times for ideological reasons, and taking a moral stance would have given her a sense of moral superiority but would not have effected change. She thinks this is a significant point of difference between Labor and the Greens – with no likelihood of governing, the Greens have the luxury of taking highly principled but unworkable stances. Being on the inside involves working with others of differing views towards collectively acceptable results, which is particularly imperative in the Senate.

Her pragmatism can be taken for coldness, but she is keen to emphasise that she is also emotional (evident in her frequent public outbursts of anger or tearful grief or joy). She finds a home in the Uniting Church, she says, not because of doctrine but because she feels acceptance and a relationship with God that has a sense of “grace and mystery”.

Her grandparents were married at the church in the Adelaide Hills she attends. On her mother’s side, her ancestors were at the proclamation of South Australia at Glenelg in 1836, so like others of ‘mixed’ descent, she finds the insults she receives for being an outsider somewhat ironic and ill-informed. But racists, naturally, focus on her Chinese ancestry. Her Malaysian father’s ancestors were Hakkas, a Chinese ethnic, migratory group whose members were often Christian and sided with the British in their disputes with the Chinese, which led to them being persecuted. Marginalisation runs deep in her family.

In Adelaide she began studying medicine but, she laughingly explains, had an issue with blood. Inspired by a trip to Brazil where she witnessed the mix of Catholic Christianity and Marxism challenging injustice, she went into industrial relations law. Contrary to the image of her as a Left warrior, early in her career she represented loggers.

It was partly a reaction to John Howard’s anti-Asian views in the 1980s that led her to politics. In particular, she noticed a rise in the racist abuse of her family and blames Howard for bringing the race issue back into the public arena, allowing those with racist views to feel more comfortable about airing them. Later, she was incensed over Tampa and the government’s manipulation of the ‘children overboard’ fabrication. In parliament she railed against Howard’s divisive style, and she detailed the history of racist abuse of her and her family. (She has been predictably scathing over Pauline Hanson also.) Similarly, she felt Howard used the same-sex marriage issue as he had used asylum seekers – to enlarge antagonisms and covertly harness prejudice for his own political advancement.

In 2010 Wong was sticking to the Labor line against same-sex marriage. (Politics is complicated.) But she vowed to change the party from within, saying, again, that resigning on principle wouldn’t achieve much. Eventually the ‘Yes’ vote prevailed, a vindication perhaps for her style: sticking it out and working to change things from the inside.

The 2019 election was hard not just because Labor lost; one assumes she feels there is much still to do. She is now shadow foreign minister (a position also held by Kevin Rudd before he became opposition leader and then PM, but Wong would have to move from the Senate to take that trajectory, something she insists she is not currently contemplating), and there are significant international challenges, including climate and the geopolitics of Asia. Simons thinks that in Labor’s loss was a missed opportunity for us to have a cool-headed foreign minister of partly Chinese background, who can respond to the rise of China and the belligerence of Trump with something other than ‘binary’ thinking.