As I was trying to look away from all of the excited eyes and old-school camera phones flashing at me, I was asked: “Tell them why you think education is important for girls.”

This is what my mind blurted out: “It’s important because it means they’re able to make their own, informed decisions.” But that’s not what I said.

Having been in India for two weeks at that point — researching education and menstrual health through survey questions that I would soon ask all the mothers sitting on the floor in front of me — I knew that answer wouldn’t go down well.

Amid the flashing and stares, I felt myself slipping into panic mode as I struggled to come up with an answer that appealed to their values, as much as my own.

“I’ve known ever since I was little that if I worked hard at school and got a good education, I’d get a great job one day.”

My words were bellowed in Hindi by my colleague. Cheers bounced off the plain cement walls while I nodded and grinned in bewilderment.

Last summer, I decided to forgo Sydney’s beaches during university holidays. I went to Delhi and volunteered full-time to help improve adolescent girls’ knowledge about menstrual health management (MHM). One of the aims of such personal education was to improve the rates of attendance at school by girls.

Restless Development has created a number of step-by-step training modules and guides that help these volunteers to run workshops. That’s where I fit in. Over the eight weeks I spent with Restless Development, I researched and wrote a module that could be used to train school teachers as to why and how they needed to teach MHM in schools.

I quickly learned during my first weeks in India why I was working on this topic. In India, menstruation is considered dirty, and definitely not to be brought up in casual conversation. Indian mothers are insistent that girls should not be told about menstruation prior to their first period, resulting in them being scared and unsure what to do when the time comes. Too embarrassed to ask their mothers, girls will turn to their friends, who rarely know what to do either.

Girls are left immobile, because they don’t have a proper method of stopping the flow of blood. Cultural practices, such as not being allowed to touch water (that means they can’t bathe), and a lack of knowledge about nutrition results in girls becoming anaemic or sick with infection. Unable to leave the house because of these reasons, many girls miss school, fall behind, fail their next test and, as a result, are no longer allowed to attend.

The training module I was set to write would address this by ensuring that girls knew how to stay healthy during their period. They also would be provided with the proper facilities in schools to carry this out. While the module was originally intended to be written for the use of school teachers, part of my project was to also conduct a needs assessment. I would then base the manual on that.

Restless Development staff will always say going out into the field is the best part of their job. Visiting a rural village in Rajasthan, three hours from Jodhpur, was the best part of my time in India — even surpassing a weekend trip to the Taj Mahal.

I got to meet and interview girls who were in-school and outside-school, their mothers, and a few  teachers.  An organisation called SPECTRA already had been working in this community with the girls and their mothers — who were all happy to talk about menstrual health.

The teachers were another story, though. When I asked them how much they knew about MHM, they couldn’t answer. Instead, they laughed in embarrassment.

I got back to Delhi, questioning whether there was any point in writing the module at all. It was at this point that my ever-cynical supervisor stepped in and changed her tune with a pep talk about how change takes place. She explained that we would just have to adjust the focus of the module. Instead of being used by school teachers to teach students, it would be used by young volunteers from Restless Development (and staff from organisations like SPECTRA) to educate teachers about why they had to teach MHM.

I’m yet to find out whether a training module written by an Australian university student for people in India is going to work. I’ve seen how SPECTRA has already managed to communicate MHM to all of the girls and their mothers in one village, and I’ve seen how determined the Restless Development staff are to improve the lives of everyone in their country.

It was a privilege to work in this environment, with such inspiring people. 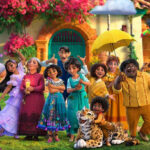