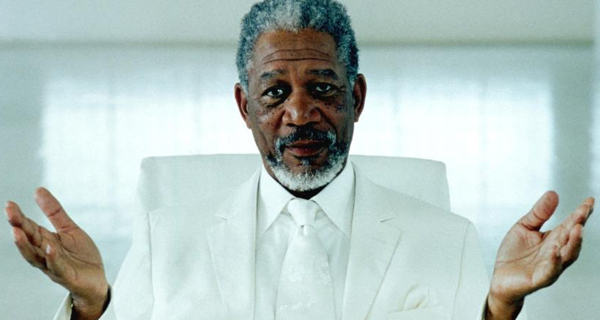 The Story of God, by Morgan Freeman

Having played the Everlasting and All-Powerful Creator and Ruler of Everything in comedy Bruce Almighty, beloved actor Morgan Freeman is now telling The Story of God. A National Geographic series following Freeman around 20 cities in seven countries as he seeks the meaning of life, faith and higher poers, The Story of God includes the Oscar winner interviewing two ministers in New Orleans.  Survivors of Hurricane Katrina, these ministers explain to Freeman how “not even Katrina could shake [our] faith [in] God.”

Indigenous communities get Old Testament text, in own words

For the first time in the Anangu Pitjantjatjara Yankunyjatjara (APY) Lands of Central Australia, the Book of Daniel has been translated into the people’s own language. As reported by Eternity newspaper, this translation feat for an indigenous Australian community was met with celebration. “This book of Daniel we completed as a team and we are so grateful. Thank you Lord! Thank you, Jesus!” said Nyunmiti Burton, one of the Pitjantjatjara translators.

On this day, 50 years ago, Time magazine published a provocative cover. A simple black background held three words in white: Is God Dead? Remembering the 50th-anniversary of this major cultural event was Christian historian and commentator John Dickson. Via Facebook, The Christ Files author had this to say: “Anyone back then who suspected God was on His way out was sorely mistaken – as were the atheists who said the same thing half a century earlier, and half a century before that.”

One of the deepest questions you have probably asked yourself this week is: what’s the best way I could sign off on an email, to casually let people know I am a Christian? Click the link below to discover 15 suggestions for a signature that speaks loud about who you are. Word of warning: some of the suggestions are serious; most aren’t.