Home
News
May Macleod lecture tackles the cult of normalcy

May Macleod lecture tackles the cult of normalcy 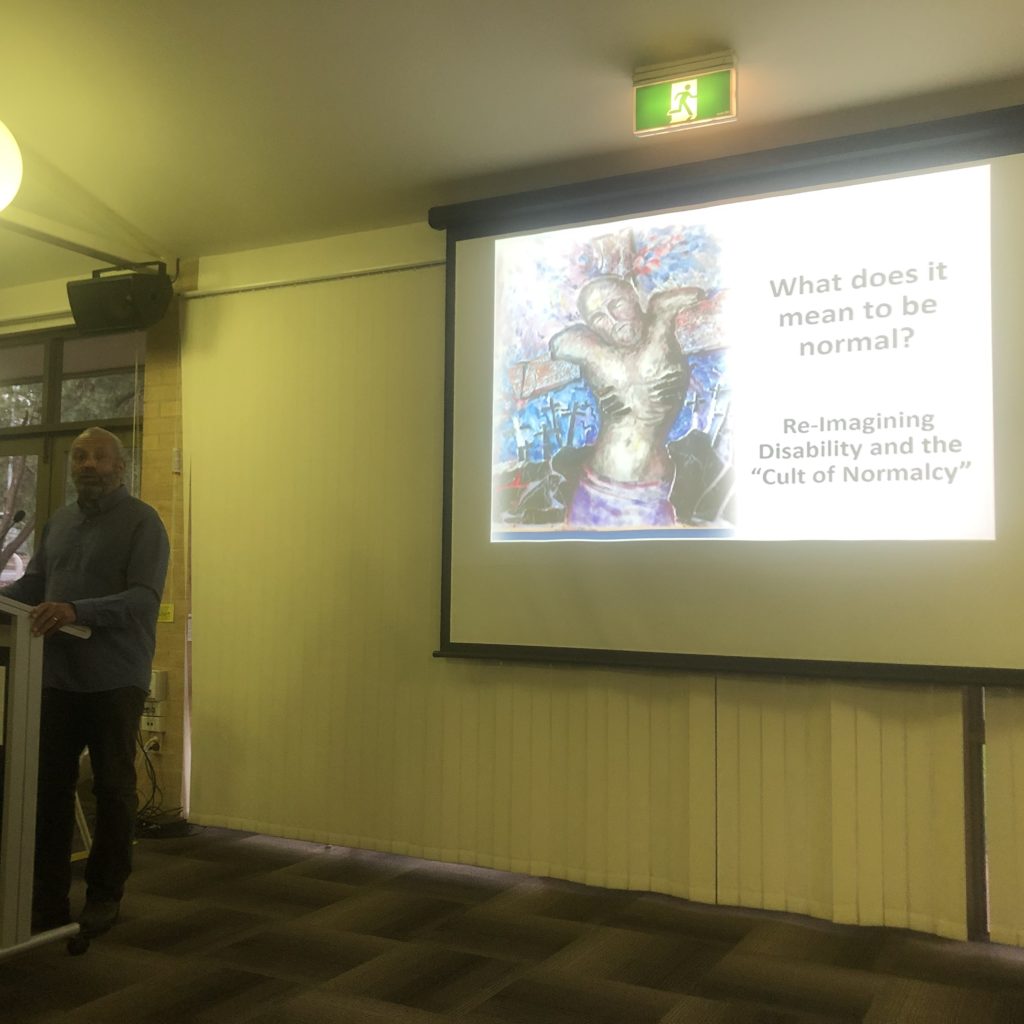 The wide-ranging lecture explored the subject ‘What does it mean to be normal’? Throughout, Professor Swinton sought to reframe the way that a lot of people think of disability, calling for the church to embrace a range of cognitive types and abilities as part of the diverse body of Christ.

John Swinton is Professor of Practical Theology at the University of Aberdeen and founder of the university’s Centre for Spirituality, Health and Disability. He is also an ordained minister in the Church of Scotland and the author of several books on the subject, including one that is due out later this year.

At around an hour, Professor Swinton’s lecture drew on a wide variety of theological sources, ranging from the likes of Karl Barth and Dietrich Bonhoeffer to Thomas Reynold’s work on “the cult of normalcy.”

Professor Swinton recalled starting his career as a mental health nurse and later working as a chaplain. He said that this experience gave him a different idea as to what it meant to be “normal.”

Western society, he said, was “hypercognitive” and obsessed with the concept of normality, which itself is a relatively new idea with origins in architecture.

One subject that came up was “How much do we have to know in order to love Jesus? How much is enough or too little?” Professor Swinton highlighted the example of a friend’s daughter with Down’s syndrome, who was denied communion at a church because the minister in question believed that she would “defile the sacrament” by partaking.

Against this, Professor Swinton observed that the call to discipleship was one that involved following Jesus, rather than the mental assent to statements about Jesus. He also noted that one of the consequences of this theology was that discipleship was said to be something that could be taken away from someone who lost their cognitive ability.

If the minister in question were to slip down some steps, he said, “at the top step, he would be a disciple, at the bottom step he would not.”

For those carers and people working with mental health patients, Professor Swinton said that one of the best things that they could do was to simply be truly present with them in a context where very few people truly are.

After the lecture itself, Professor Swinton took several questions from the audience, one of whom wanted to know how charismatic and Pentecostal churches could maintain their healing ministries while avoiding marginalising disability. He noted that he is currently supervising a PhD candidate whose dissertation looks at the topic.

The May Macleod lecture is an annual event that first began in 1989. Named after the late May Macleod (1913-1984), the lecture aims to bring theological insights to the wider church and to celebrate the church’s ministries.