Making the way back 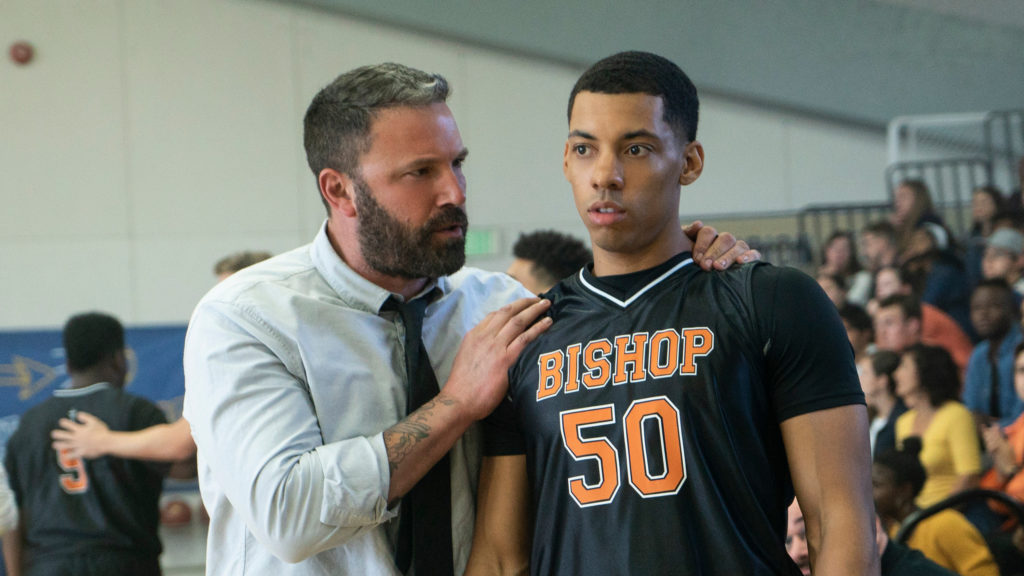 Review: The Way Back

The glory days are difficult to live down. Those who can relate to this statement may have experienced those moments at different times in their lives. For people who seem to peak in high school, trying to rise above those euphoric days can take a lifetime. The Way Back delves into this, showing that life does not happen in a vacuum and many of the highlights of living involve all other aspects of humanity.

Life for Jack Cunningham (Ben Affleck) has changed significantly since high school. While he attended Bishop Hayes Catholic High School, Jack had been the star basketball player and was sought after by colleges around the United States. Then after graduation, he just gave it all up and his life began to spiral out of control until he met Angela (Janina Gavankar).  It was his marriage to her that helped to turn his world around. They lived the ideal life, then tragedy struck their lives and Jack went back into a self-destructive mode. His life choices lead the couple to separate and the former star athlete turns to alcohol for his solace.

Even though he was able to maintain his job as a construction worker, Jack did not have much hope for his existence. During this dark period, a merciful light breaks through with a call from Father Devine (John Aylward), the principal from his former high school. The school administrator had a soft spot for his former star athlete and wanted to offer him the position of the school’s head basketball coach. At first, Jack did not think that he was the right man for the job, but he finally decides to accept this opportunity. The team was at a desperate stage in their history and the task looks to be impossible, but the inner drive to help his fellow athletes to win takes over. While things begin to turn around for Jack as a coach, his personal life begins to take a downward turn. In amongst the victories, come various trials and he must see if he can keep from returning to his self-destructive tendencies.

When director Gavin O’Connor partnered with Ben Affleck on The Accountant, their combination of talents led to cinematic gold. Their skills manage to tap into the deeply personal aspects of the story by exposing the raw elements of these characters. The director and actor were able to utilise the real-life experiences of Affleck after rehabilitation and his subsequent divorce. Even if audiences have not felt the pain of alcoholism in their lives, they will be drawn into the horrific death spiral of this addiction.

To complement this production is O’Connor’s knack for telling multi-layered sports stories like Warrior and Miracle. Showing audiences that many times the heroic efforts of many in this realm contain stories of flawed individuals. Similarly, while the director does expose Jack Cunningham’s personal trials. He still manages to deliver a celebratory and redemptive element to the coach’s life.  The team dynamic does sit within the standard underdog tale, but when it is mixed with the drama of their coach, things rise above the ordinary. The script does not hold back on the brutal realities of this disease by splaying open the issues around grief and the need for help during tragic times.

Movies of self-destruction are challenging to find entertaining at times, but Affleck is at his most personal best with this role. Seeing him work through his own cathartic rehabilitation was a challenge, the message of the film touched on areas that are relevant for this era. In amongst the topics of grief, addiction and redemption, it is the topic of caring for our fellow man that screamed from the screen.

The two sides to this coin are how we need to be connected with others enough to know when to see their needs and ask them if they need help. Concerning physical, mental and spiritual assistance, we should always be looking for opportunities to watch out for others. The other side of this topic is how we need to humble ourselves to ask for help when it is required. In the busyness of life, it is easy for others to accept the responses of ‘fine’ and ‘okay’ as being genuine. Instead, we need to invest in our relationships and friendships enough to be able to be vulnerable and ask for a hand to pull us out of the deep waters that can come at times.

’I can guarantee this truth: Whatever you did for one of my brothers or sisters, no matter how unimportant they seemed, you did for me.’ Matthew 25:40

The Way Back is now playing in cinemas.