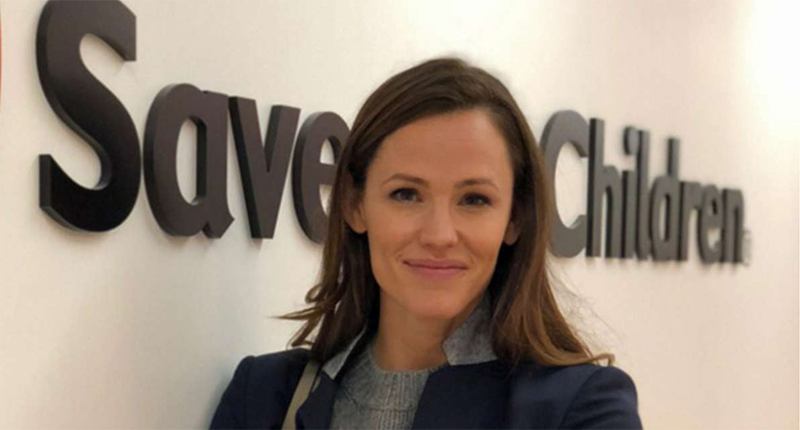 Jennifer Garner has recently starred in one of the most-watched movies on Netflix with The Adam Project, but few would know she reconnected with her Christian faith after starring in a Christian film in 2016 – Miracles from Heaven.

Gaining traction in 2001 from her role in thriller TV series Alias, Jennifer Garner has starred in various tv and film projects for almost two decades. Perhaps she is also well known for her high profile marriage and divorce from Ben Affleck with whom she has three children.

She hasn’t always been open about her Christianity even though she had practiced her faith by going to church growing up, Garner stopped attending church when she arrived in LA as a budding actress.

It wasn’t until she got a role in a 2016 film called Miracles from Heaven that she started participating more strongly in her faith. This led her to recommence her routine visits to church with her children and now ex-husband Ben Affleck.

The film that rekindled her faith – Miracles from Heaven — follows a real-life story of a young girl who was fully healed of an incurable disease, after also experiencing a near-death experience of falling down a 30ft tree. Following the incident, she recounted that God had visited her and cured her.

Jennifer played the role of the mother of the little girl, and immediately felt touched by the film, saying in an interview, “I grew up going to church every Sunday and, you know, Ben [Affleck] and I took our kids home to West Virginia to be baptised in my family’s church.”

The church she’s talking about is Christ Church United Methodist, where her son Samuel was baptised at 16 months old.

Tying it back into the film, she added, “and the thing about this film was it kind of encouraged me to reengage in participating and not just believing, but actually participating in raising my children so that they had the same background that my parents gave my sisters and me.”

Watch her full 2016 interview speaking on the impact that Miracles from Heaven had on her faith below:

Garner spoke further about the film’s influence on her faith in another interview, stating: “There was something about doing this film and talking to my kids about it and realising that they were looking for the structure of church every Sunday.”

As well has having starred in multiple film and television roles, Garner has also taken on the role of philanthropist and entrepreneur. Jennifer has held the position of Artist Ambassador for Save the Children for over 10 years. In addition to bringing Save the Children’s early childhood education programs to her home state of West Virginia, she has advocated on in the US Senate and traveled all over the United States to meet with lawmakers, press and philanthropists to raise awareness and funds for the organisation.

In 2017, Garner co-founded the organic-food company “Once Upon a Farm” with Cassandra Curtis and John Foraker. Together the visionaries have grown the company with a goal of providing children with the best tasting, most nutritious and highest quality food utilising sustainable methods.

During the pandemic, her Instagram feed has been a source of spiritual inspiration for her 12.5 million followers, with prayer and meditation each week shared with faith leaders such as Rabbi Rachel Kobrin and Nadia Bolz-Weber and more recently updates from Save the Children on the ground in the Ukraine.

Garner has said when she reconnected with her faith that “you can’t have faith only if things are going to be good. The world is a complicated place and our faith helps us makes sense of it.”

In an industry where spectacular falls from grace seem to regularly occupy the headlines, like the recent Oscar incident with Will Smith and Chris Rock, Garner seems to be quietly inspiring millions and using her influence to inspire and raise awareness.