Home
Reviews
Listen Up
Jack White: Looking Forward and Back

Jack White: Looking Forward and Back 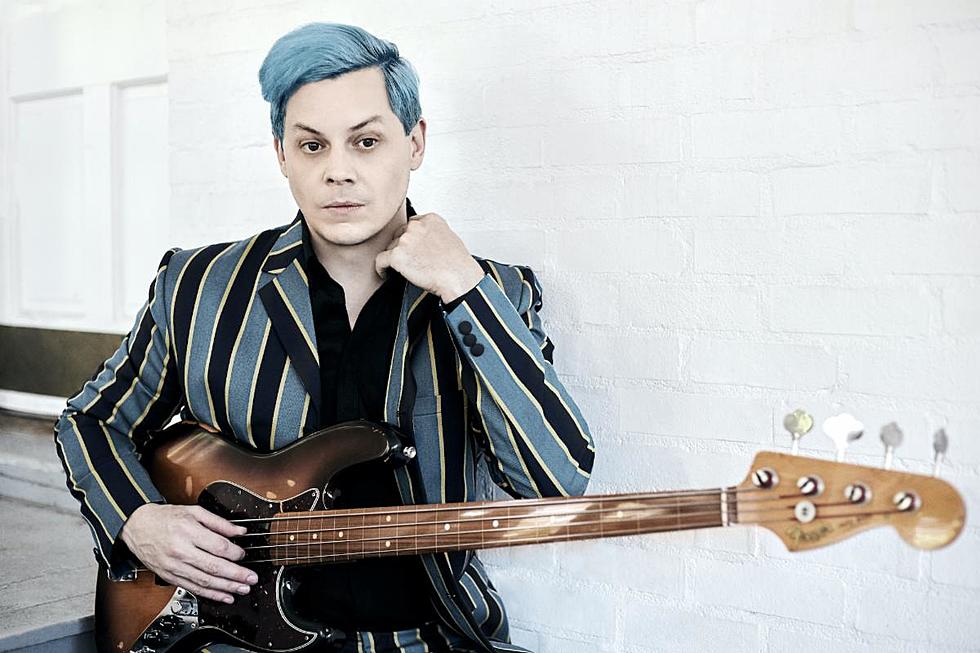 Jack White’s music has always been an odd combination of pushing boundaries and harking back to simpler, old-fashioned sensibilities. With White Stripes and his solo music, there is a rap-like boasting and cutting-edge guitar, but in a basic blues format, with phrases that sometimes seem to come from a nineteenth century lexicon. (In fact, there is much in all this that recalls the updated blues of the likes of Howlin’ Wolf.) Jack White plays guitar like Thelonious Monk plays piano, forceful and not afraid to step out of the lane, dragging bluesy riffs through a kaleidoscope. There’s something of the steampunk tinkerer about him. Lyrically, there are the images of pursuing romance in polite, deferential ways, the hardscrabble living, folklore and old-fashioned metaphors and left-field phrases. Who else would sing, ‘Please forgive my grammar?’

This year’s output is split into the rock and ol’ timey. He wanted to release a double album, but this didn’t eventuate. I seem to recall that he noted that double albums are currently not de rigueur, but it may have just as likely been for more prosaic, production-related reasons. In any case, these two albums – Fear of the Dawn, released in April and Entering Heaven Alive, just released for the second half of the year – make for a contrasting pairing. The album titles have a yin and yang about them, and the contrast is symbolised by the fact that the song ‘Taking Me Back’ appears on both albums, on Fear of the Dawn with fuzzbox guitars and staccato vocals, on Entering Heaven Alive taking us back to the full hillbilly treatment.

While Fear of the Dawn had angle-grinder guitars and an almost-unlistenable experimental harshness at times, Entering Heaven Alive is milder. Fear of the Dawn sounded at times, to me anyway, like being shouted at by Daleks while someone was operating a chainsaw next door. The latter album is, instead, all Americana and slow 70s piano rock like Lazaretto’s ‘Temporary Ground’, softer Beatles and acoustic Led Zeppelin. It’s similar to the Fab Four in that innovation is within the blues rock structures, similar to Zeppelin in that White’s voice is somewhat like Robert Plant’s, sometimes high and anxious, seemingly overcaffeinated. There’s also the finger-picked acoustic guitar, as in second track ‘All Along the Way’, which features a slightly psychedelic middle section. He sings about ‘burning sugar cane’ and leaving crumbs, Brothers Grimm-style.

‘Help Me Along’ has a little help from ‘With A Little Help from My Friends’. A simple, theatrical electric organ motif is augmented by ‘Eleanor Rigby’ strings. ‘Queen of the Bees’ is similarly retro, its ragtime riverboat feel like Pokey LaFarge or Australia’s C W Stoneking. The language is appropriately backward looking, with White asking his paramour to ‘take a stroll’ with him so ‘the neighbours can see’.

‘Please God, Don’t Tell Anyone’ is something that Johnny Cash would sing. It’s about a son asking God not to tell his father and children, when they get to Heaven, about his wayward life – sin and remorse, judgement and forgiveness. ‘If I Die Tomorrow’ sounds like what someone would ask in the nineteenth century, when death was more central. It could be a Civil War soldier or Western gunslinger telling an acquaintance how to break the news of his imminent death to his mother.

‘Love is Selfish’, a cousin of ‘Love Interruption’, is a little jokey: ‘I’ve got a sailboat with her name painted on it/but I don’t know how to sail’. The lyrics convey the counter-intuitive idea that romantic love is something of a tyrant because it takes up time and attention. It’s a little piece of finger-picked pseudo-country, with only the barest of swishing cymbals in accompaniment, and close to Green Day’s 90s hit ‘Good Riddance’. ‘I’ve Got You Surrounded’ journeys into more jazzy territory, with one of the few moments of squealing electric lead guitar. It’s a bit more funky, like the Delvon Lamarr Trio – noodling over a persistent groove. ‘A Madman from Manhattan’ is similarly funky and jazzy, more New York than Alabama (obviously – considering the title) with almost-spoken vocals over prog-rock tempo changes.

This song, much like the rest of the album, sees White in a place where he can happily experiment, outside of the tight box he and Meg White made for themselves, but with a strong sensitivity to the attractiveness of the right balance of looking forward and back.

PrevPreviousTickets now available for First Peoples’ Theological Conference
NextNearly six months on, flood victims are still waiting to be housed. This is what Australia must do to be ready for the next disasterNext