Home
Reflection
God finds us in places we don’t expect

God finds us in places we don’t expect 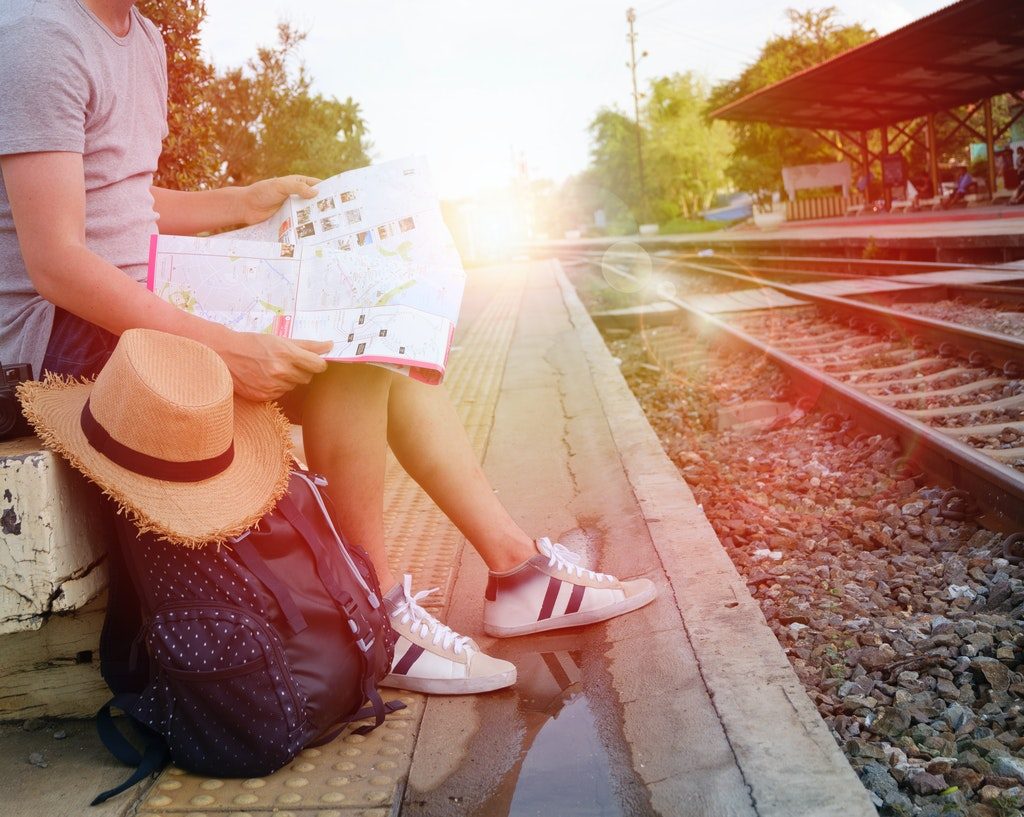 This week Rev. Dr Ockert Meyer looks at Genesis 28: 10-22 and reflects on present uncertain times and finding God where we least expect to.

We’re in a strange place now – in Australia and the world at large – that is deeply uncertain, insecure and to many people a cause of profound anxiety. It’s a place that no one would have predicted or imagined five months ago. It is a place where we’ve never been before. It’s a place that deeply resonates with the place where Jacob finds himself in this story.

The events of Genesis 28, the story of Jacob’s dream, have been an inspiration to singers, songwriters and artists in general for many centuries. Perhaps the most well-known of these is the Negro spiritual, saying:

The early rabbis also noted that the text (verse 12) does not say that the ladder was planted in the ground, but was ‘on’ or ‘towards’ the ground. In other words, Jacob’s ladder was not anchored on earth, but in heaven. The becomes very important has the story unfolds.

The background to Jacob’s journey to Haran is Jacob’s deception of Isaac and the way he stole the blessing from his brother, Esau. When informed about his brother’s deception, we are told that Esau “cried out with an exceedingly great and bitter cry”. (“he cried out in an angry, loud, and bitter voice” – NCT)

It was this angry, bitter voice crying out against him, but also Isaac’s insistence to find a wife from his mother’s family that provides the background for Jacob’s decision to flee from Beersheba to Haran, a dangerous journey of more or less 800 km. It was during this journey that Jacob, according to verse 11 came to “a certain place” at sunset.

His future on the altar

The Hebrew word used here, is the same word we encountered in Genesis 22, where the narrator tells us a few times that Abraham and Isaac saw “the place” in the distance, “the place” where he was to sacrifice his son, where he was to place his own life, his future on the altar.

Hence, anyone who has been reading the whole story, hearing that Jacob came to “a certain place” would have realized that this place had an ominous sound to it. The narrator adds to this sense of danger by mentioning it was sunset, that darkness was about to envelop the place.

In addition to this, the narrator points us to the stone Jacob uses as a cushion. A well recorded custom at the time was to place stones at your head during the night to provide protection.

Once asleep he had a dream; a dream of a ladder, a heavenly ladder touching the earth. And the angels of God were ascending and descending on it.

Bear in mind that dreams in the ancient Middle East were not regarded as the activity of the subconscious mind, but as the instruments whereby God communicated a message to humans.

But what is this message? Listen very closely to what happens next. The depiction of this scene in the dream is such that you can almost picture the sleeping Jacob in the darkness on earth and seeing the ladder of light stretching all the way up to heaven with God sitting or standing there in the light.

You’d expect the next verse to say: ‘And there was God looking down upon the sleeping Jacob’. However, the Hebrew grammar is ambiguous. It could be translated that the “Lord stood above it”, but could also be read: “And the Lord stood there beside him…”

But the surprising thing is still that the Lord was there; that is, there with Jacob.

But perhaps even more surprising, more perplexing: in the dream God confirms the blessing, the blessing that Jacob had stolen from his brother.

So when Jacob wakes up, the first words he utters, are these: Surely the Lord is in this place – and I did not know it!

God enters into our world

As Walter Brueggemann says: “The startling element in the narrative is not the appearance of God;…the miracle is the way this sovereign God binds himself to this treacherous fugitive.”

What has happened here? The first and most important thing is that God entered into Jacob’s closed world. God entered into his world where he was the master of his own destiny; where the only way he could procure a future for himself, was through plotting, conniving and deception.

And God’s entered into Jacob’s world when he was at his most vulnerable: sleeping alone in the dark.

Jacob, the fugitive who assumed that he could secure a future for himself, but now finding himself in a nameless place, having only a stone for comfort and protection. And through a dream – in other words, in his sleep, when Jacob had lost control of his destiny – then God appeared.

The Lord is in this place and I did not know it: A place of loneliness may turn out to be the place of true communion.

In Judaism this experience of Jacob is regarded as the inspiration behind the daily evening prayer, whereas Abraham and Isaac are the figures behind the morning and afternoon prayers. However, the evening prayer is different from the morning and afternoon prayer in the sense that Jacob did not set out or plan to talk to God, to encounter God, as Abraham did. The evening prayer is the discovery that sometimes prayer is not about finding time to find God, finding time to speak to God, but about God finding us, seeking us and often in places where we least expect to encounter God.

The Dutch journalist, Herman Vuistje, in a book with the translated title ‘Pilgrim without God’ wrote of his decision to try and find God by doing what so many pilgrims have done before him, by walking the Camino.

Most of the book deals with the experiences he had on the Way, the people he met, the walking itself etc. Nowhere on the route does he seem to do anything in order to find God or to become sensitised to God’s presence.

Right at the end of the book he comes back to the reason for his pilgrimage, almost as a kind of afterthought. ‘O yes’ he says, ‘the reader would probably wonder whether he ever found God?’ His answer to that question, he says, has to be ‘no, he didn’t find God.’

But then he added, ‘but somewhere along the way, God found him.’

The Lord is here and we didn’t know it because we did not expect to see God’s face in the face of a fellow human being; someone just like us. The God who came to pitch a tent among us in Jesus Christ (John 1) – the strangest of places to choose for the God of heaven and earth.

But the Lord is in this place: where we are now, the places we find ourselves.

Yes, we are in a precarious place at the moment; more than just a ‘certain place’, but at a deeply un-certain place and an insecure juncture in time.

However, it is exactly at these types of places where God – often unexpectedly and suddenly – appears.

God finds us in places we don’t expect

What we could learn from this is that God is not restricted to the places that we allocate to God. God could find us in the places where we can’t find God. Perhaps we will discover that it is particularly true of these times where we are removed from our worship places. Perhaps it is exactly at the places where we find ourselves vulnerable, afraid – true of so much of the many ordinary places nowadays – that we could discover how an ordinary place could become a worship place: my living room, bedroom, the garden or out in nature.

Perhaps it is also true that these uncertain places are often the places and times where the church is challenged to look into the mirror of the Word and her own practices and look at ourselves again: to see if our attachment and loyalty are merely to places and the people we expect to meet there, rather than to the God who had called us there.

Sometimes it is exactly the strange times that alert us again to the strange God that we are worshipping: The God who cares for the likes of Jacob, the stranger and perhaps the even stranger us. The God whose love was revealed in the strangest of places: on a cross on the hill of Golgotha.