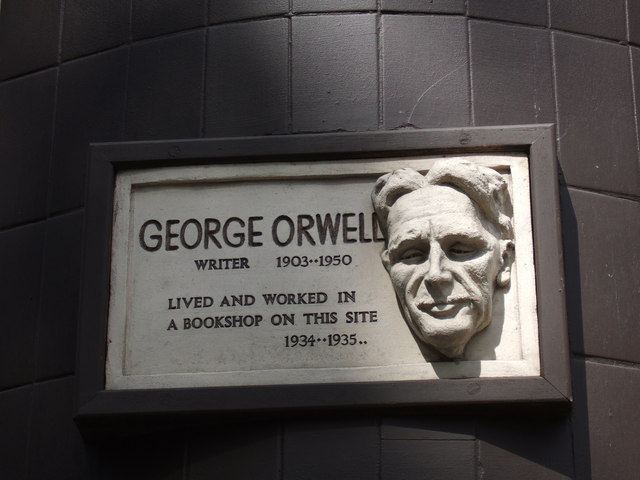 Reviews: Orwell: A Man of our Time by Richard Bradford and Becoming George Orwell byJohn Rodden

It is 70 years since the death of George Orwell (Eric Blair), but rather than his novels receding into the past, and his views being rusting Cold War relics, they seem to be more relevant with every passing day. One recent biographer, Richard Bradford, says that rather than being a somewhat outrageous dystopian fantasy, Nineteen Eighty-four could have been taken as a how-to manual by the Chinese Communist Party, who are becoming alarmingly Big Brother-ish. And then there’s Trump, whose limited vocabulary, disregard for – even redefinition of – truth and sloganeering nastiness recall Newspeak, Doublethink and the Two Minutes Hate.

John Rodden’s book has more of an American focus, with an American style of enthusiasm, as well as material on Orwell’s reception in the literary and academic worlds. Richard Bradford has a British tendency to understated grumpiness, and his page-turner of a book deftly mixes Orwell’s life and his relevance to current UK politics, not just Trump. Both emphasise Orwell’s prescience on the current use of ‘alternative facts’ and political parties’ manipulation of media. (One might think of the recent Trump and Bible photo op and comparisons by Trump’s media people of Trump to Churchill, despite the fact that Churchill mingled freely with the British people in the streets while Trump was kept apart from the people by violent riot police.)

Orwell was well attuned to the power of words to tell the truth or distort reality. Bradford writes about Orwell and his fellow Etonian ‘Boris’ (no surname necessary) and compares Orwell’s anti-elitism and truth-telling to Boris’s well-cultivated nepotism and manipulation of the media. Both authors emphasise Orwell’s opposition to prejudice, oppression of the poor and the totalitarian tendencies of governments, as well as the tendency of many to follow ideologies blindly. Nineteen Eighty-four is not simply a critique of twentieth century communism, but also unveils the lies of the West (Rodden catalogues how much of the propaganda in Nineteen Eighty-four was inspired by that of the British government), as well as the numbing effects of pop culture. (No doubt Orwell would have been horrified if unsurprised by our obsessive, distracting celebrity culture.)

Bradford mentions that Orwell detested religion, and it is true that he was an atheist, but it was more that he detested the totalitarian impulse in religion. Rodden praises what he describes as a religious sensibility in Orwell – high ideals, a hunger for truth and justice, a reaction against utilitarianism and greed for power. Liberal American Catholics, Rodden notes, were some of Orwell’s first and strongest supporters.

Orwell is routinely described as a prophet, and like other prophets his honesty made him a somewhat lonely figure, even if eventually his books made him a lot of money. But he was a prophet in the Biblical mode – not so much predicting the future but warning what might happen if the worrying signs about him went unchecked. His most famous books take darker human tendencies and apply them to a dystopian future. These tendencies are all too common and are particularly obvious, for those who have eyes to see, in our present predicaments.