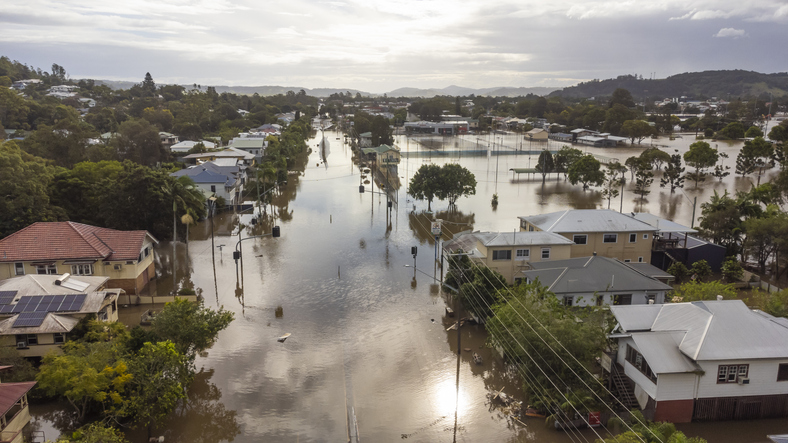 The generosity of those who donated to the Moderator’s Flood Appeal has enabled local churches in flood-devastated areas of the NSW far north coast to help families who had ‘fallen between the cracks’.

“Sometimes government help can be quite arbitrary and as such can be quite cruel, by working with the local community we were able to help many desperate people who weren’t receiving help,” Salt Bush Regional Minister on the far north coast, Rev. Peter Overton, said.

He said local connections had meant the church was able to work with the principal of a local school to identify and help 13 families who were in dire need. It is an example that was replicated across the community to reach countless families who were not reached by other agencies.

One farmer said they had a call from an agency offering help but after four weeks no one had turned up. The church was able to provide some relief to the family, at last.

“We were able to offer cash to families we knew were in need, cash was critical post the flood as there were no ATMs nor were there credit card facilities. If you didn’t have cash you went without,” Rev. Overton said.

The money allowed local churches to reach out to people to provide the food and other essential needs.

It also funded the transport costs of a massive donation of feed that southern farmers had donated to the region for local farmers who were struggling to care for the stock that survived the record flooding.

The Moderator of the Uniting Church (NSW & ACT), Rev. Simon Hansford, said the donations to the appeal not only provided essential needs but gave hope to a community that had been decimated by disaster.

“Some 3000 buildings were destroyed or made unliveable and many of those hit were already struggling to make ends meet. This disaster was cruel and indiscriminate,” Rev. Hansford said.

“Yet local ministers, local churches, many of whom had been impacted themselves, worked tirelessly to help others. I am proud to say some of this help was possible due to the donations made to the flood appeal.”

Rev. Overton said as the funds came in local churches were able to distribute to those in need almost immediately. It also heightened the awareness of the disaster and that led many presbyteries across NSW and ACT and even from Victoria to offer funds directly to the church’s response effort.

He said other agencies of the church such as Wesley Mission did incredible work in the Evans Head area.

Rev. Overton spoke of one family who had a child with special needs who had been totally devastated by the flood. It had ‘destroyed everything in his world’. While the family did not qualify for government assistance the church helped to provide space for the boy with some of his things around him. It helped the family to start on their road to recovery.

But he said the recovery in the Lismore and surrounding areas will be long and painful.

Rev. Overton said many people are being forced to move back into their flood damaged homes.

“They can’t wait for them to be fixed, many didn’t have insurance as it was too expensive. So they are living with the mess of the flood in their own homes with little hope of help in the short term,” me said.

“We still have so much to do and the local churches up here need your prayers and your support.”