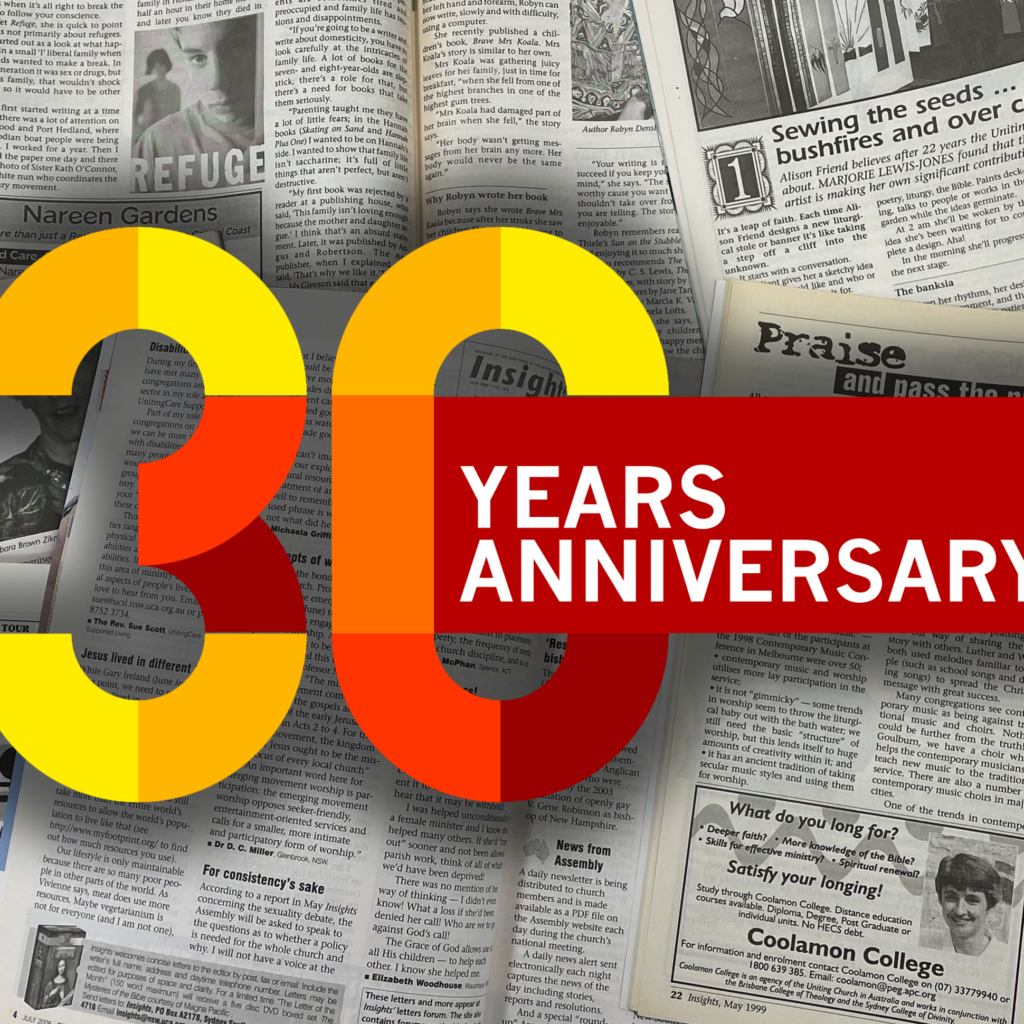 From 2015 to 2017, Ben McEachen was Insights’ Editor, a role that saw him work on everything from interviewing people to subediting the magazine before it went to print. Insights asked him to share some thoughts on what his experience was like.

I’m a long-term fan of Insights’ desire to explore how following Jesus plays out in real life. Christianity being a way of life – one you actually live out – is a true declaration that not everyone lives by. Maybe some people don’t think about it, or others think too much about it without putting it into practice. Whatever the reason, I’ve met plenty of people who seem happy to limit Christian life to a bunch of concepts or nice intentions, rather than seeking to grow in what it means to love, serve and honour Jesus with your whole life.

For more than a decade, I was a professional film reviewer for national newspapers, magazines and radio. Thanks to a tip off from my mum, I connected with Insights’ guru and leader Adrian Drayton through movie events he organised at his church. He was one of the first Christians I had met who openly and actively engaged his faith with the films he watched. He even wanted to discuss how our screen entertainment interacts with what we believe, and encouraged others to do the same. Also, he turned out to be a great mate. Win.

Adrian invited me to contribute reviews for Insights, where I was able to do what he had been delving into for years – commenting on movies, with Christianity as a helpful lens of appraisal. From these sporadic reviews, I was able to join the Insights team for a few years as a writer and sub-editor.

Beyond screen culture, I got to interview UCA members from all over, and also have input into articles, Bible studies and opinion pieces which were submitted. I was steadily struck by Insights being loaded with content about Christian faith in action. From school chaplains to local op shops or social justice campaigns, there was a constant thread of getting out there.

Congratulations to Insights on its 30th anniversary, especially to its core team who make it possible. May it strive to deliver content which points us to the glorious source of Christianity – Jesus Christ – and how we might seek to live for him in all we do.