Within the Uniting Church, ministers are ordained (or “set apart”) as leaders who the Church deems to be called by God into the role. Paragraph 14 of the Basis of Union describes their responsibilities as preaching the Gospel, administering the sacraments and exercising pastoral care “so that all may be equipped for their particular ministries, thus maintaining the apostolic witness to Christ in the Church”.

Insights recently spoke with two Uniting Church Ministers and a ministry candidate: Rev. Bec Lindsay, Rev. Adrian Sukumar-White (both in ministry less than three years) and James Aaron (currently in training). Topics included what they had found surprising, what formation — the process of becoming a minister — is like, and when exactly they felt called into full-time ministry.

As Director of the Uniting Learning Network, Duncan Macleod is responsible for oversight across educators, trainers, researchers and consultants within our Synod. Duncan is involved with many facets of the ordination process and he told Insights that ordained ministry “has changed significantly”.

“Over the last 40 years, we have celebrated new settings for ordained ministry, with our clergy being placed in congregations, prisons, schools, armed forces, hospitals, aged-care homes, and in leadership roles in the wider church and community,” Duncan says.

“With the capacity for lay celebrants of communion and baptism, and the employment of lay ministry leaders … we’ve acknowledged that the distinctiveness of ordained ministry is not about function, but about relationship. Ordination is the Church’s way of recognising a person as representing the wider church wherever they are in the world.

“Our Minister of the Word and Deacon … is entering into a relationship of accountability with the Uniting Church in Australia, and has a responsibility to relate ecumenically beyond that.”

So what is it like to undertake this responsibility? And how do we determine who is “set apart” for it? 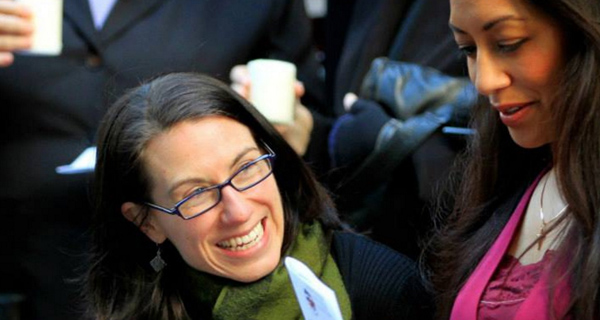 Ministry candidates must undergo a rigorous process before being ordained. Should they progress to candidacy, they spend at least three years undergoing theological training and reflection. In New South Wales, this takes place at the Centre for Ministry in North Parramatta, where candidates study at United Theological College (UTC). Training generally takes between three and five years.

Rev. Bec Lindsay was ordained at the start of 2013. Since then, she has worked as one of the ministers at Hope Uniting Church in Maroubra Junction and as a sessional lecturer at UTC.

Bec said the call to ministry first took place in her teenage years. “When I was 16 my youth group leader invited me to help her run the crèche at a big mission conference,” she says. “In the afternoons and evenings I could attend talks. In one of these I had what I would now describe as my first experience of ‘call’.”

James Aaron is a current ministry candidate who works for the tertiary chaplaincy at the University of NSW, a ministry he describes as unlike any he has experienced. He has also worked as a worship leader and sat on church boards.

James told Insights that full-time ministry was a calling he had “run away from” for years. He says that his ministry candidacy was the result of “a gentle nudging, many experiences, conversations, much prayer, discernment and review”. Bec, Adrian and James have all worked in university chaplaincy. They believe that experience encouraged them to consider full-time ministry.

Rev. Adrian Sukumar-White is the Tertiary Ministry Resource Officer for Sydney Presbytery. He was ordained in February this year, alongside his wife, Rev. Radhika Sukumar-White. Adrian’s new role involves coordinating links between university chaplaincy and Congregations. For Adrian, the years he spent as a Mission Worker in Sydney University and UTS were a pathway to this ministry.

“I experienced my most significant call to discipleship through engaging in tertiary ministry,” Adrian says. This involved “just finding myself really drawn to the Church and called to be a part of the work that it’s doing”.

“Tertiary ministry has been essential for shaping me, forming me into the type of minister that I’m going to be. That’s one that’s really focused on discipleship, really focused on building up the Church and seeing a revival of the way we share and talk about Jesus and how his way should influence the way we live and the world we live in.”

Bec’s faith also grew significantly within a tertiary ministry group. “UCATSA (now, Christian Student’s Uniting) was where I learned how to hold God’s Word and the world God loves together,” she says. “I could ask any question — not my prior experience of Bible study.

“I was able to explore my faith and while this was often challenging for me, and caused me to undergo a lot of unlearning, ultimately it deepened my faith. The tertiary ministry community, which included the faith community I was a part of, were supportive of me as I explored my sense of call to ordained ministry.”

This link has carried on to Bec’s work with Hope Uniting Church, which ministers to students through its student housing and support for university chaplaincy.

“I’m glad to now be living within a Congregation who support and nurture tertiary ministry,” Bec says. 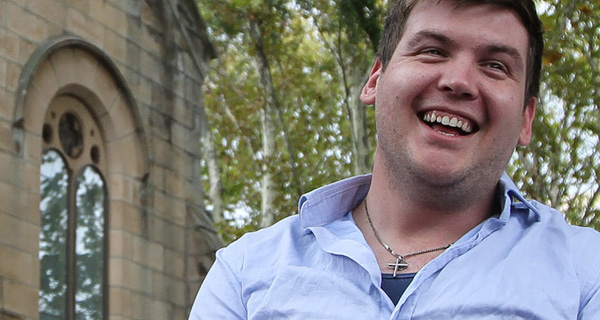 James is currently underway with his ministry candidacy. As well as studying theology, candidates gather for a weekly worship service and spend time reflecting on sacraments, The Basis of Union and the role of ministers and deacons.

There are three internal levels of formation: foundational, intermediate, and advanced. James recently completed the foundational level and he says this was a different experience to structured employment.

“There are times when being a candidate is very busy, and other times where it is very quiet, and much changes on a regular basis, and then other times there are things that stay the same for far longer than comfortable,” he says.

“Life for each ministry candidate is very different, candidate to candidate. [It’s] a life of learning how to integrate theological understandings and shared experiences into practice and then rethinking what it is you have learned to do the same again … and again … and again.

“The re-orientation of self towards ordained ministry is both heavy and light, and engaging as well as repetitive. I am still learning a lot, but see that equipping of self — to know at least where to look within myself, or a library, skill set and so on, when needed — is part of this process.”

Adrian told Insights that he has appreciated the flexibility that candidates are offered throughout their training. In his case, this included studying part-time so as to serve as an assistant minister at Leichhardt Uniting Church. “The flexibility of the formation experience was good for me,” he says.

“[I was able to get] a wider knowledge of theology, as well as the breadth of the Church, by doing placements with Congregations … and working in hospital chaplaincy.”

“It’s really been a full-bodied experience of development and formation that’s equipped me quite well, I think, to try a range of different things.” 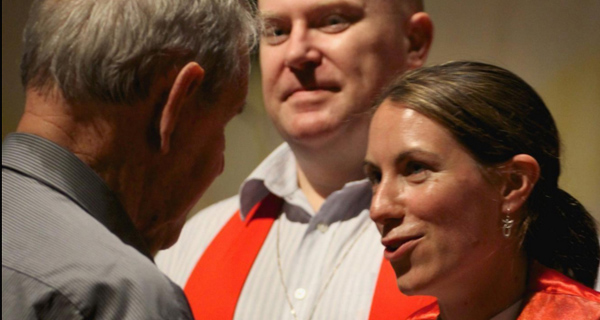 A minister does not stop learning after being ordained. As James explained: “Your last level [of formation] is one completed in practice.”

As this might suggest, ministry is a constantly varied and unpredictable vocation.

According to Bec, one of the surprising challenges was sharing the experience of grief with Congregation members.

“[Last] year I was surprised by how deeply I felt some of the sorrows within the Hope community,” she says.

“I felt the joys too, but holding people’s grief with them — and sometimes on their behalf — before God is an intense thing.

“I don’t want to add to the pressures people have, but I want for our community to be captivated and captured by God’s Good News. I want for that to change the way we organise our lives.”

Jonathan Foye is a PhD candidate at Western Sydney University and a freelance journalist.