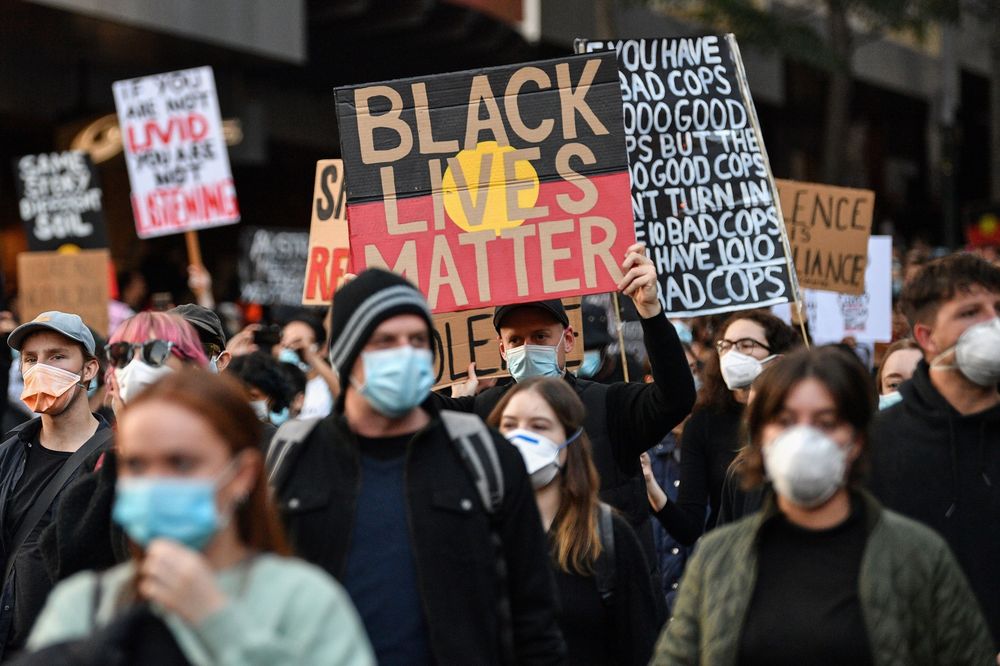 Following the death of Trayvon Martin on 26 February 2012, three women named Alicia Garza, Patrisse Cullors and Opal Tometi began tweeting #blacklivesmatter. What started as a hashtag turned into an ethos, that ethos became a rallying cry, which became a global movement. And now, it’s on the road to the White House, literally.

In fact, crews spent the last few days painting “BLACK LIVES MATTER” on the street itself.

“There was a dispute this week about whose street this is,” tweeted John Falcicchio, chief of staff for Bowser. “Mayor Bowser wanted to make it abundantly clear that this is DC’s street and to honor demonstrators who (were) peacefully protesting on Monday evening.”

Mayor Bowser shared footage of the new street mural along with a quote from Dr Martin Luther King Jr. that said: “…I’m happy to live in this period is that we have been forced to a point where we’re going to have to grapple with the problems that men have been trying to grapple with through history, but the demand didn’t force them to do it.”

Thousands of people marched across Australia in cities and towns for the Black Lives Matter to protest against mistreatment and deaths of Indigenous people, despite pleas to stay home to stop the spread of COVID-19.

They followed Black Lives Matter protests held around the world in recent weeks after the death of George Floyd at the hands of a white police officer in the US state of Minneapolis.

Rallies were held in Canberra, Hobart, Brisbane and Adelaide, along with some regional centres. In Canberra, more than 300 people gathered on the lawn in front of Parliament House for the city’s second protest in as many days.

Dramatically, just as crowds gathered outside Sydney’s Town Hall, they heard that the rally was deemed lawful, overturning a decision that the New South Wales court appeal had ruled the rally was not lawful.

At least 20,000 attended the Sydney march which passed off peacefully, except for ugly scenes when police officers used pepper spray on protesters who had flowed into Central station after the rally finished.

Unfortunately organisers of the Melbourne rally will be fined for holding the gathering in “breach of the Chief Health Officer’s directions”.

Concerns over the lack of physical distancing at the rallies have Department of Health officials worried about community transmission and will be monitoring to see if there is an uptick of cases in the coming days and weeks.

PrevPreviousHow do you define a hero?
NextContext, Common Sense and Compassion: Why ‘ALM’ is not an appropriate response to ‘BLM’Next