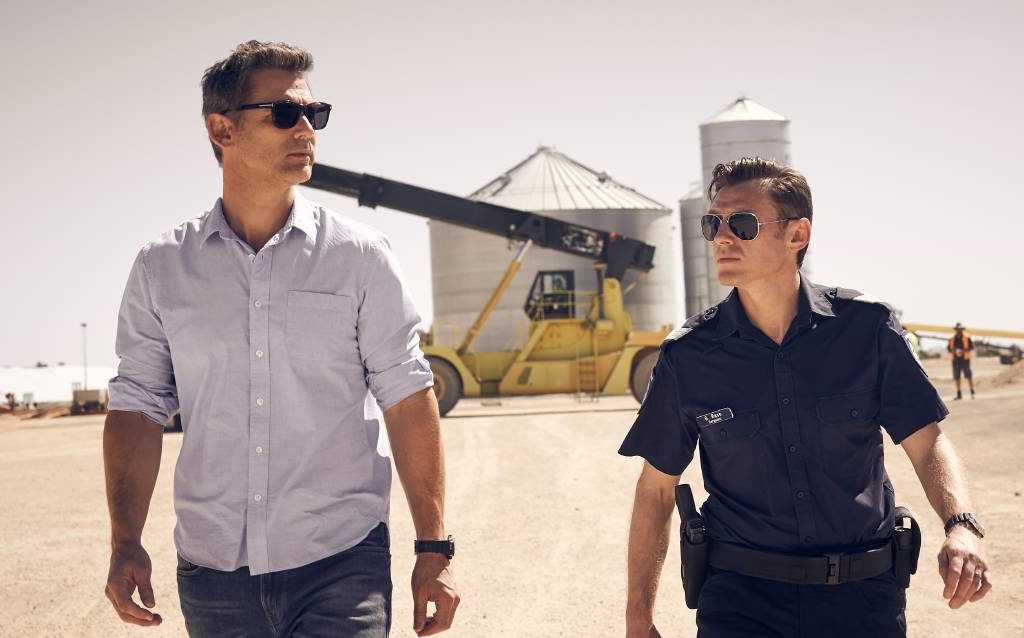 The only non-Australian film in the top five was the Chinese comedy-mystery buddy film, Detective Chinatown 3 (唐人街探案 3).

Where has the juggernaut of Hollywood gone? Or more to the point, what happened to the dominance of the Hollywood studios? On the top ten list, seventh was Universal’s The Croods: A New Age and ninth was Paramount’s Synchronic.

The rest of the list was split between Australian owned and operated distribution companies (Roadshow, Rialto and Madmen) and other boutique international branches.

The significance here is the clear fracturing of the cinema industry. Due to COVID-19, the big Hollywood studios are stunted in ways the country has not seen since Paramount took a stranglehold of the local industry during World War I. (During that time, in a reversal of what is happening now, Paramount’s block booking system essentially jammed the cinemas full of Hollywood films, allowing no theatrical spaces for local films to be screened.)

Paradoxically, Australian films are needed more now than ever to entice audiences back to the cinema. As the current box office figures would suggest, things have significantly changed to advantage the local Australian production industry, which has benefited from the country’s success in controlling the spread of COVID-19. Unlike America, where many cinemas shut indefinitely and productions paused, Queensland and the Northern Territory were able to continue their productions across 2020 practically unaffected.

Many of these films are now ready for release into the market.

This is not to say Hollywood has no productions ready for release. There is a significant backlog with the new Batman slated for a 2022 release whereas the new Bond, No Time to Die, has been given numerous tentative release dates over the last year. But with the iffy and truncated global cinema market, and many overseas cinemas remaining shut, such productions may not be distributed for quite some time, if global streaming options are not sought instead.

Of these Australian films, Robert Connolly’s The Dry has remained a consistent performer since Roadshow daringly decided to release on 1 January, a time when many Australian are holidaying.

Though The Dry itself is not a game-changer, it’s reaping the rewards of a significantly changed industry with expensive marketing campaigns for films like Tenet and Wonder Woman 1984 no longer guaranteeing big box office revenue. Risk averse studios are equally not willing to invest millions into marketing campaigns.

What The Dry has achieved, that Christopher Nolan’s under-performing and multimillion budget Tenet did not, is good word-of-mouth generated by eager film-goers. The review consensus at Rotten Tomatoes for The Dry had 100% of critics recommending the film.

Now in its seventh weekend, to date The Dry has earned over $17.3 million ranking it as the 15th highest grossing Australian film of all time and Connolly’s most successful film ever.

The question is whether Australian films will continue to dominate when Hollywood does begin to roll out its backlog of films.

The Walt Disney Company Australia recently announcement their 2021 Release Schedule with dates locked for Black Widow, Jungle Cruise, Death on the Nile and West Side Story, though such an announcement comes with the caveat these films could too be further delayed. Horror film Antlers and Wes Anderson’s prestige pic The French Dispatch are still unslated.

But right now, local films and the local industry are showing confidence in the market and cinema audiences. The Hollywood studios, in comparison, are panicking.

Most notably, Warner Bros., to the chagrin of film producers and cinemas, recently announced plans to release all 17 of its 2021 films via an experimental “hybrid model”. This will see them premiere in theatres as well as on the streaming service HBO Max, simultaneously — for one month domestically, at least.

With COVID making everyone more domestically aware and active, Australian films are another means for the public to buy locally and support the local community. Early into the pandemic there were cries and questions as to whether the cinema industry would survive. Would the public simply prefer to watch films at home? What would happen without Hollywood movies at the cinema?

The answer, it seems, was here all along. A robust and diverse local industry. The real question is whether it can keep up with the demand.