Home
World News
Australia and New Zealand are signing up for an international tax on the tech giants — but will it be enough?

Australia and New Zealand are signing up for an international tax on the tech giants — but will it be enough? 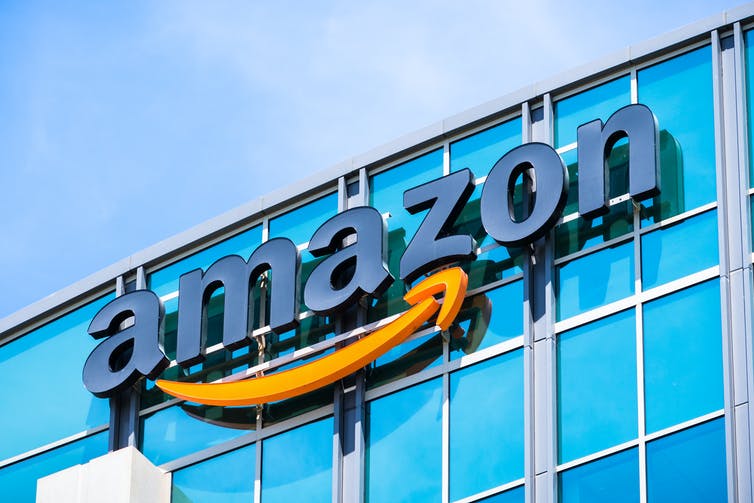 Australia, New Zealand and many other countries are losing hundreds of millions of dollars in revenue each year by not adequately taxing the profits of digital giants doing business in their jurisdictions.

Australia has opted not to impose a digital services tax (DST) on the likes of Google, Facebook, Amazon, Uber, and Airbnb. Meanwhile, New Zealand has been sitting on the fence. But things may be about to change.

On 1 July, 131 countries – including Australia and New Zealand – agreed in principle to a tax scheme negotiated under the auspices of the G20 and OECD.

More detail may emerge from a meeting of the G20 finance ministers on 9-10 July. If approved, the scheme will be finalised next year and implemented in 2023.

The scheme is designed to “create a single set of consensus-based international tax rules” to address the problem of multinational companies moving profits to low-tax jurisdictions — a practice known as “base erosion and profit shifting” (BEPS).

Specifically, such a BEPS scheme would target 20 percent to 30 percent of the net profits (above a 10 percent sales margin) of large multinationals engaged in automated digital services and the direct sale of goods across international borders.

This tax base would then be divided proportionately among the individual countries in which the multinationals have their customers. Local company income tax rates would then apply.

In exchange for a new right to tax the profits of the digital giants, however, countries would give up any unilateral tax measures they might already have in place — or might have been considering imposing on such firms in the future.

The most popular alternative to the BEPS scheme is a digital services tax imposed by individual countries directly on firms with annual revenue of more than €750 million (about A$1.2 billion), a threshold first suggested by the OECD and used in most DST legislation.

Like most taxes, a DST is imperfect. But would the BEPS scheme be better? The New Zealand and Australian governments haven’t released impact assessments of the scheme on their domestic businesses, national economies and tax systems. This leaves several unanswered questions:

How a digital services tax compares

As currently drafted, it appears the BEPS scheme would generate considerably less revenue than a three percent DST. The exact difference would depend on the total and domestic annual sales revenue and profits of the business in question, as well as the country’s corporate income tax rate.

But let’s assume, for example, the total net profit of a large multinational firm is A$15 billion, and one percent ($1 billion) of the firm’s $100 billion sales revenue comes from Australia.

Under the BEPS scheme, the Australian portion of the firm’s profits would be just $10 million. Taxed at Australia’s corporate rate of 30 percent, that would generate $3 million.

By comparison, a three percent DST on the firm’s $1 billion of Australian sales would generate $30 million — ten times the tax revenue of the BEPS scheme.

When Australia and New Zealand discussed introducing a DST in 2018-19, business and advisory groups in both countries criticised the idea. In particular, it was argued such a tax earns too little revenue relative to the cost of implementation.

And yet, the new BEPS tax scheme would generate even less revenue while still requiring a complex system of rules. This complexity risks imposing high compliance costs on countries, creating opportunities for avoidance and increasing tax disputes.

Ideally, a BEPS scheme should at least promise more tax revenue than a three percent DST. The portion of profits allocated to individual market jurisdictions should be increased, and efforts made to ensure low margin but profitable giants such as Amazon don’t escape paying tax where they do business.

Finally, a BEPS scheme should account for the free use of data extracted from local internet users by these digital giants.

The common assumption that personal data and attention have no (or trivial) economic value is wrong. Google might claim it charges customers for access to its infrastructure and algorithms, but these are often of little value without the personal data they process in the first place.

Uber wouldn’t exist without access to data about passengers and drivers. Facebook couldn’t generate multi-billion dollar revenues without the information exchange and attention of its millions of users.

Personal data and attention are key resources for the provision of automated digital services. An adequate tax on those service providers is fair compensation.

More importantly, any final international agreement on a BEPS scheme should be conditional. Countries need an opt-out provision allowing them to switch to a DST (or other unilateral measure) if the new system fails to generate sufficient revenue.

This would both protect national interests as well as create a disincentive for the big multinational firms to avoid paying their fair share of tax wherever they make a profit.