April: The hope of God 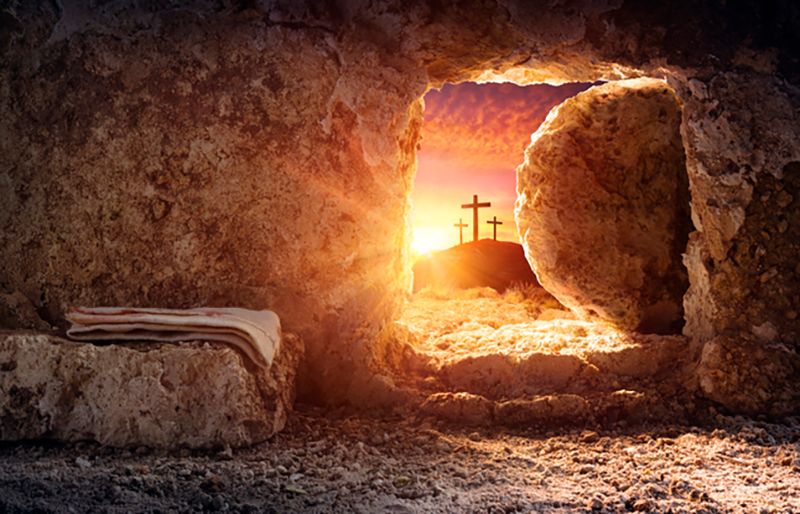 There is great hope in these words by the prophet, as he evokes images of the triumph of God over the Egyptians at sea. Further, the message from the prophet states that like God had provided a way through the sea, God will also provide a way through the wilderness. Yet, what is intriguing here is that God also says “Do not remember the former things,

or consider the things of old” (v.18). Perhaps the statement may be a priori, that is, to show that there is evidence of something greater ahead compared to the past. But how can we forget the former things? How can we not consider the things of old? More starkly, what about those who cannot see the light at the end of the tunnel? I think of my sisters and brothers in Pasifika who because of climate change are not able to see a silver lining. Some, such as those in Tuvalu, might be fully submerged by 2050. Where is hope for them?

Yes, Easter is a time that allows us to reflect on the hope of God through the Cross, but might we take this time to think of those whose path towards hope is filled with ambiguity, who would rather think of the old things as a way of dealing with the trauma of the future.

We are all familiar with the scenes of Jesus’ triumphant entry into Jerusalem. Can we imagine what Jesus is going through? How could Jesus even persist with this performance knowing all too well that these same people will also cry out a later time for his crucifixion? Reading onto verse 41, Luke writes that Jesus “wept over [Jerusalem].” Have you ever had to go through a routine/process/act/performance with someone knowing that you were going to be betrayed or sold out?

How about being the one who offers praise but then changes course moments later by condemning that same person? One could argue that the only genuine people in this scene were the Pharisees who asked Jesus for his followers to stop with the noise.

As we reflect on Palm Sunday, I invite us to consider the genuineness of our words and to be sincere with our speech. It may seem unusual to learn something from the Pharisees here, but then again, sometimes lessons come from places we least expect them!

I’ve always found this account of the resurrection story rather amusing. This competition between Peter and John (the other disciple!) betrays a classic contest of male testosterone. One outrunning the other and therefore arriving to the tomb first. Yet, despite the author’s agenda here, it is difficult to ignore that it was actually Mary Magdalene that arrived first. To add to the amusement, Peter is said to have seen the linen wrappings, while the “other disciple” sees and believes, as if to suggest that Peter didn’t immediately believe or struggles to believe.

Despite the two contrasting observations, what Mary observes is far more remarkable: she sees the risen Jesus! Much has been said by NT scholars of women being the first preachers of the Resurrection. Despite the author’s best efforts it is actually Mary that is the true protagonist. Both Peter and John simply head back to their homes. Mary sees and proclaims! Perhaps we are guilty of seeing and not speaking up.

This Easter, we are called to be like Mary and proclaim the Gospel of the Risen Lord. At the same time, might we also be challenged by the contrasting examples: to see and speak up like Mary, rather than see and remain silent like the two disciples. In moments of injustice against the oppressed and marginalised, silence always aids the oppressor!

“The stone that the builders rejected has the become the chief cornerstone.” (v.22) In these words, we see that through God’s plans, situations can be reversed for the better.

Indeed, the Israelites who had been slaves to Egypt, had now become the chosen nation of God. Jesus, who reuses these words, insinuates the same meaning towards his own ministry – one where he undergoes scorn and rejection, only to die for our sins and rise from the dead for the salvation of the world. These words also speak to the notion of ‘second chances.’ But for our reflection, I want to focus not on the outcome, but the idea of giving someone that second chance. Are we quick to dismiss?

Are we hasty on discipline and chastising instead of being compassionate and rehabilitative? Seeing the good in people is a matter of attitude, and perhaps Psalm 118:22 is a call for us to check that attitude. To give people a chance to turn things around, in order to be a chief cornerstone to others.