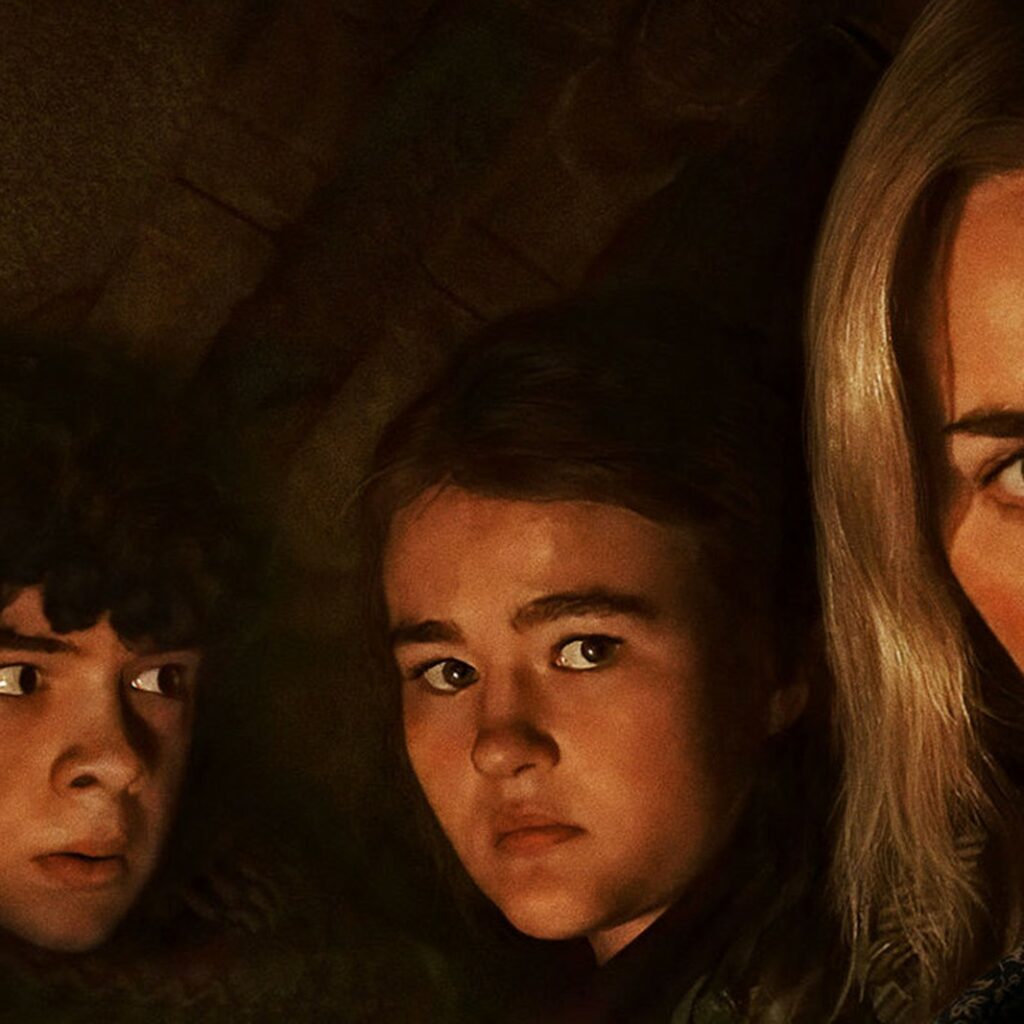 Warning: This review contains spoilers for A Quiet Place. It does not spoil Part II, however.

With a unique motif that fit nicely into its storyline, A Quiet Place surprised a lot of people when it debuted in 2018. Set in a world where a mostly-unseen threat looms behind every corner threatening to attack anyone that makes any noise, the film follows the Abbott family as they fight for their sheer lives. The film’s main conceit is that the deadly monsters are blind and rely on a keen sense of sound. Human beings, then, must avoid their usual habits like talking and even stepping too loudly. A Quiet Place set up some inventive scenarios, as characters worked at different ways to avoid sound (including one of the most inaccurate, but nonetheless tense birth scenes in any film). More importantly, it had some interesting exploration about what it means to be a parent in a hostile world.

With only a small remanent of humanity left, the films’ ascetic is somewhat reminiscent of the Last of Us series, full of abandoned (and often already looted) buildings, with once densely-populated areas overgrown by grass. This is a hostile world, where people arm themselves and set sound-based traps to protect their derelict, sound-proofed areas. Unlike the first film, we see a good deal of the alien monsters as they stalk the remaining people.

Despite taking place in a world where people dare not speak lest they be killed, A Quiet Place Part II has an interesting theme of underlying hope. The characters continue against all odds to find the source of a rare radio broadcast, indicating perhaps that there is a group of holdouts remaining. This search acts as the film’s main McGuffin, a search for a promised land of sorts.

With John Krasinski’s character, Lee, sacrificing himself to save his family during the first film, the theme of self-sacrifice and whether or not it is worthwhile during an apocalyptic situation surfaces at multiple points.

Much like the first film, A Quiet Place Part II manages to inspire dread without needing to resort to gore. The jump scares are there, but are once again expertly realised with plenty of tension from the outset. To be clear, this is not a film for those who cannot enjoy an inventive, expertly set up horror. On a similar note, much of the film’s tension comes from the desire to protect her children against a hostile world, and so new parents are advised to exercise judgement on whether or not this is a film for them.

On a completely different note, however, the film continues A Quiet Place’s great use of deaf characters, who use sign language and lip reading to communicate while dodging the threat. This carries over to some of the actors that were hired for the film, with deaf actress Millicent Simonds reprising her role as Regan, the Abbotts’ oldest daughter. Here, her character is a strong catalyst for many of the sequel’s key events.

There are few complaints to be had, but it should be noted that the parents’ quick reactions to danger early on in the film seem more akin to that of military personnel than two everyday people faced with a dangerous situation.

A Quiet Place Part II is also not as taut or as inventive as its predecessor film. That said, given how inventive that film’s set pieces were, it was always going to be a tough act to follow. This sequel is worth checking out for any fans of the horror genre, and anyone else who can sit through its pulse-pounding tension long enough to enjoy its inventiveness.

A Quiet Place Part II is currently playing in cinemas.