An Unmissable Depiction of FOMO 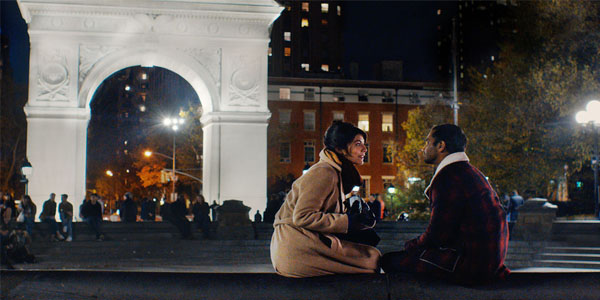 Review: Master Of None

FOMO. Fear of Missing Out. It’s an acronym that sums up an affliction that can be found in so many facets of modern life. With greater access to entertainment and information than ever before, and in a time where globalisation has made the world a whole lot smaller, we have never had quite so many options. And yet, with this comes the fear that we are somehow missing out, that our lives could be somehow better.

Aziz Ansari’s Netflix show Master Of None explores FOMO in all of its potential to potential to disrupt our happiness. However, it would be an error to reduce this show to a few trite clichés about how Millennials look at our iPhones too much. During the two seasons that the show has streamed so far, the Parks and Recreation alumnus manages to peer into such corners of modern life as immigration, sexism, unemployment, and family dynamics.

Ansari plays Dev, an Indian-American actor whose career and personal life seem to be on different tracks. Over the course of two seasons, we witness his rise in the world of television, the beginning and end of his relationships, and his parents’ migrant experience in America. Filmed long before the #MeToo movement, Master Of None is also prescient in its handling of sexual harassment as a theme.

There are several episodes that stand out throughout the two seasons. The first season’s highlight might be Ladies and Gentlemen, which depicts differences between men and women’s experiences, including dealing with harassment on the weekend as well as being overlooked at work. One of the better episodes from season two takes place in segments that depict a series of Thanksgiving dinners from the 1990s to the present.

For an established show that could rely on being funny and settle into a set pattern, Master Of None is unafraid of experimenting. One example that works well is a season two episode that abandons the central characters to focus on a series of short stories about background characters living in New York.

Master Of None is a rare comedy in that it succeeds in amusing the audience while making them think about family, faith, and life.

Master Of None is now streaming on Netflix. It is rated M.