An incomplete work of art 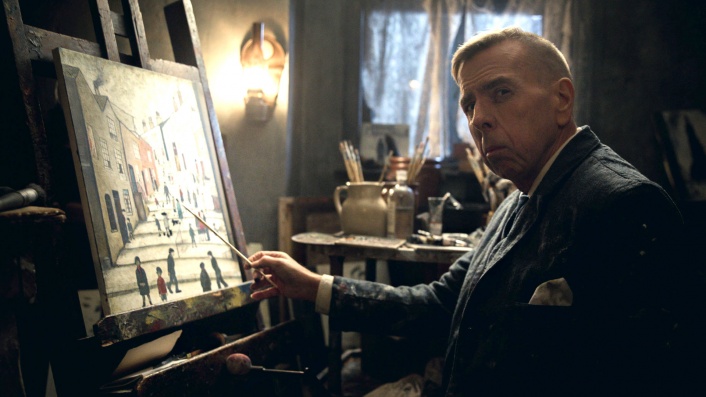 Coming in somewhat below the radar during its initial release in cinemas, Mrs Lowry and Son is an interesting if unfinished work of art. The film focuses on the relationship between British painter L.S. Lowry and his bedridden mother, who he lived with until her death.

The film is largely memorable due to the performance of its two lead actors and its beautiful imagery.

Mrs Lowery and Son’s beginnings as a play are apparent enough, as it largely consists of shots of two people talking over an extended period of time. There are also some great shots, however, of the humble 1930s Pendleberry neighbourhood that they live in, with some particularly great views of nature. The filmmakers somehow manage to craft an interesting looking piece out of all of this.

Middle aged and working as a rent collector, L.S Lowry is depicted as something of a naive character. Despite a clear talent that sees him in demand, he is a man at his mother’s beckon call who allows himself to be seared by her cruel words. Spall plays him as something of a stunted figure, with childlike wonder and expressions. In some ways the film is carried by the interplay between Spall and Redgrave, who depict the relationship with cruelty and tenderness in equal parts. Underneath all of Mrs Lowery’s cruelty, there is a deep fear of being abandoned, one that is a common human preoccupation.

The film presents a stunning representation of class structures, and how snobbery can impede people’s potential. Lowry lives in obscurity despite the quality of his art. He does not exhibit or sell much of his work, as his mother is embarrassed by its depictions of the working class figures in their local neighbourhood, hoping as she does to transcend their status.

While the actors do a commendable job and the script has its moments, a lot is implied or left unsaid. The result is a beautiful film that feels like it barely scratches the surface.

For a film about one of Britain’s most famous painters, we don’t see a lot of Lowry painting. This, it should be noted, is a matter of emphasis rather than a flaw in itself.

Mrs Lowry and Son is now available via digital release.