Home
Reviews
Read This
An appealing and inquisitive character

An appealing and inquisitive character 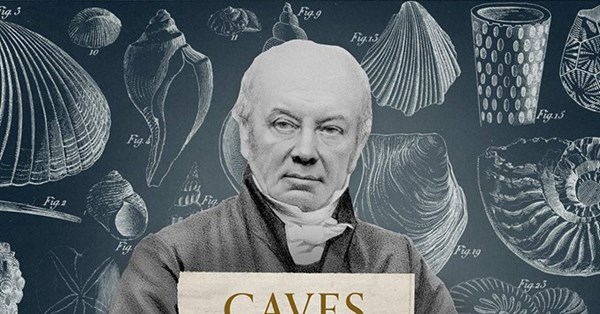 This is a positive, if somewhat hagiographic, succinct, clearly written and appealing biography of William Buckland, the British clergyman and scientific celebrity. While filling in the details of his pioneering life in geology and paleontology, Alan Chapman also puts Buckland in his context, and does some myth-busting at the same time.

Buckland lived in an extraordinary era of discovery, the late eighteenth and early nineteenth centuries, and in a country – Britain – which, along with France, was a crucible for the natural sciences. Chapman describes Buckland as pioneering geology, paleontology, hydrology and speleology (cave exploration), as well as the promotion of these disciplines in public. At this time, it was common for clergy to pursue what we now think of as science as a hobby, but not a genteel hobby – Buckland and his ilk scaled glaciers and dangled precariously into caverns. The intellectual side of these pursuits was equally daring, as they tried to make sense of the increasingly bizarre finds that prompted speculation on the age of the Earth and the creatures that had populated it but were now extinct.

Chapman reminds his readers that in Buckland’s day, what we now think of as science was just another side of understanding an ordered world created by God. Science was not subordinate to the Bible; rather, they were interlinked – two ‘books’ in dialogue. In fact, the binaries of faith and science didn’t really exist (just as they don’t really today either, except in the minds of some propagandists). There were, instead, multiple interpretations of rocks and fossils and Scriptures. And the stereotype of stubborn clergymen is just that – Chapman shows how, while theories were fiercely contested, many, including Buckland, were open to having their opinions swayed by newly unearthed evidence. Besides, Chapman writes, geology was in its infancy, the evidence was scarce and there was much speculation. Theorists were not locked into rigid positions because of religious beliefs. Buckland in particular was not one who took his view of geology from a literal reading of the biblical Creation account and made the evidence fit no matter how improbably. (Neither did he discard the Bible when it didn’t match his theories.) Rather, he had the confidence of someone who believed in a Creator God but used careful human deduction for the details.

Buckland is sometimes caricatured as a wrong-headed promoter of the biblical Flood, including by Helen Gordon in her recent, otherwise thoughtful book Notes from Deep Time. Buckland was a Neptunian rather than a Plutonist in the prominent debate over which force was responsible for shaping the world – water or fire. But Chapman points out that while Buckland certainly accepted the theory of a global flood determining landforms, he only made passing references in his works, and was quite happy to alter his thinking on its importance later in life, especially as he was persuaded that glaciers formed in the Ice Ages were responsible for much of the dramatic countryside of northern Britain and Europe. Buckland’s views could not be described as fundamentalist, as he accepted portions of the Creation account at face value but thought the Earth had a long history before the arrival of humans. Despite what is often written about his contemporaries, Buckland was not alone in this.

Chapman suggests that Buckland was gentlemanly in his arguments, unlike, say, the notoriously cantankerous Richard Owen. Chapman emphasizes Buckland’s generosity, fun and sociability. Charles Darwin, hardly the life of the party, described Buckland as ‘good natured’ but sometimes ‘like a buffoon’. Buckland has a reputation for eccentricity, especially due to his habit of eating whatever of the animal world he could lay his hands on. What is less publicised is the practical and humanitarian side of this. While the early nineteenth century was an age of discovery and ‘progress’, it was also one of cruelty and poverty, and in sampling the edibility of Britain’s wildlife Buckland was trying to find ways to feed Britain’s hungry classes. This practical side can also be seen in his work on fossil feces (coprolites), which he believed made excellent fertilizer for crops, and his hydrological work. Buckland must take some of the credit for the discovery that cholera was caused by contaminated water supplies. This was complemented by his preaching against poor sanitation and negligent landlords from the pulpit of Westminster. Chapman adds that it is wrong to think of the Oxford education of the day as elitist and irrelevant and emphasizes instead how Buckland’s schooling was focused on understanding the natural world and how it could be used for the betterment of humankind. Christian faith only emphasized further how it was one’s duty to do so.

In writing about Buckland’s contemporaries, Chapman also challenges some other myths of scientific history. He writes, for example, that Mary Anning, although held back somewhat due to her working-class roots and gender, was not shunned as is sometimes asserted. Buckland supported her findings, and eventually she did quite well out of her fossil hunting business. Additionally, and an indication of the esteem she was held in, Anning was the first woman to be given a eulogy by the president of Britain’s geological society.

After Buckland died in 1856, the study of prehistory accelerated, especially in regards to the antiquity of humans, which Buckland had not accepted and which can, with hindsight, tar him as outdated in his views, rather than the visionary he was, although he might have changed his mind, Chapman speculates, if he had lived long enough to see the evidence. Buckland changed his mind about other things, and this openness is just one of the appealing aspects of his religious and inquisitive character.

PrevPreviousCampbelltown Uniting Church: Online worship has been challenging
Next‘The blood of Jesus is my vaccine’: how a fringe group of Christians hijacks faith in a war against scienceNext