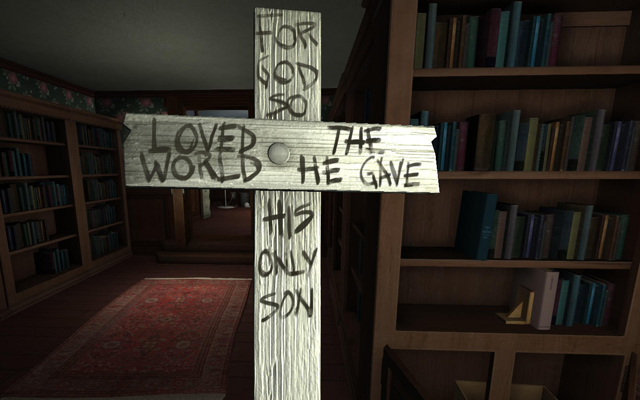 Derided for being a ‘walking simulator’ and barely a game as much as it was praised for its deep story and exploration of themes that games had previously been reluctant to touch on, Gone Home is a controversial title. Its story is such, however, that it deserves to be explored and judged by each player on its merits.

As this might suggest, defining exactly what kind of game Gone Home is remains a difficult task. In some respects, the title is reminiscent of a first person horror game, with a ghost story fake-out early in the piece.

Gone Home sees players adopt the role of Katie, who just arrived home from a year abroad. Expecting to be greeted by family, she quickly finds her familiar home empty and seemingly haunted. What follows is a puzzle where the player, viewing the world through her eyes, learns a lot more about the family.

Fullbright, the team that made Gone Home, largely consists of talents that worked on such games as the Bioshock series, only to strike out on their own, to tell their own stories. Much like Bioshock, Gone Home is a first-person exploration game, whose story slowly unfolds as players interact with its setting. The game’s level designer Steve Gaynor told GetInMedia that the game pushes the kind of story that videogames can tell:

What makes Gone Home’s narrative stand out is the way that it explores family secrets. Underneath the respectable front that the family puts up lies many of the perfectly common but taboo issues including marital breakdown, abuse, and alcoholism, among others. Katie’s family struggles with these things, as many do, but lives with them hidden somewhere below the surface, leaving tell-tale clues for the player character to piece together exactly what’s going on.

Make no mistake, Gone Home is a mature title, but not merely in the sense that the game has course language or adult references. The game is also noteworthy for its embrace of an LGBTI character at the heart of the story…but to give away how this fits is to enter spoiler territory.

With Gone Home now available on the Nintendo Switch, now is a great time to experience this story again or for the first time. For long term players, there are some new additions added to fit the game’s new home.

Hey, you noticed 😉 Thanks, @NintendoAmerica for being so cool about letting us include these in the Switch version of Gone Home ✌️💖🎮 https://t.co/ziZEnhjupE

Gone Home is now available on the Nintendo Switch, Playstation 4, and Steam PC