Home
Features
Lectionary Reflections
A reflection on the Triune God

A reflection on the Triune God 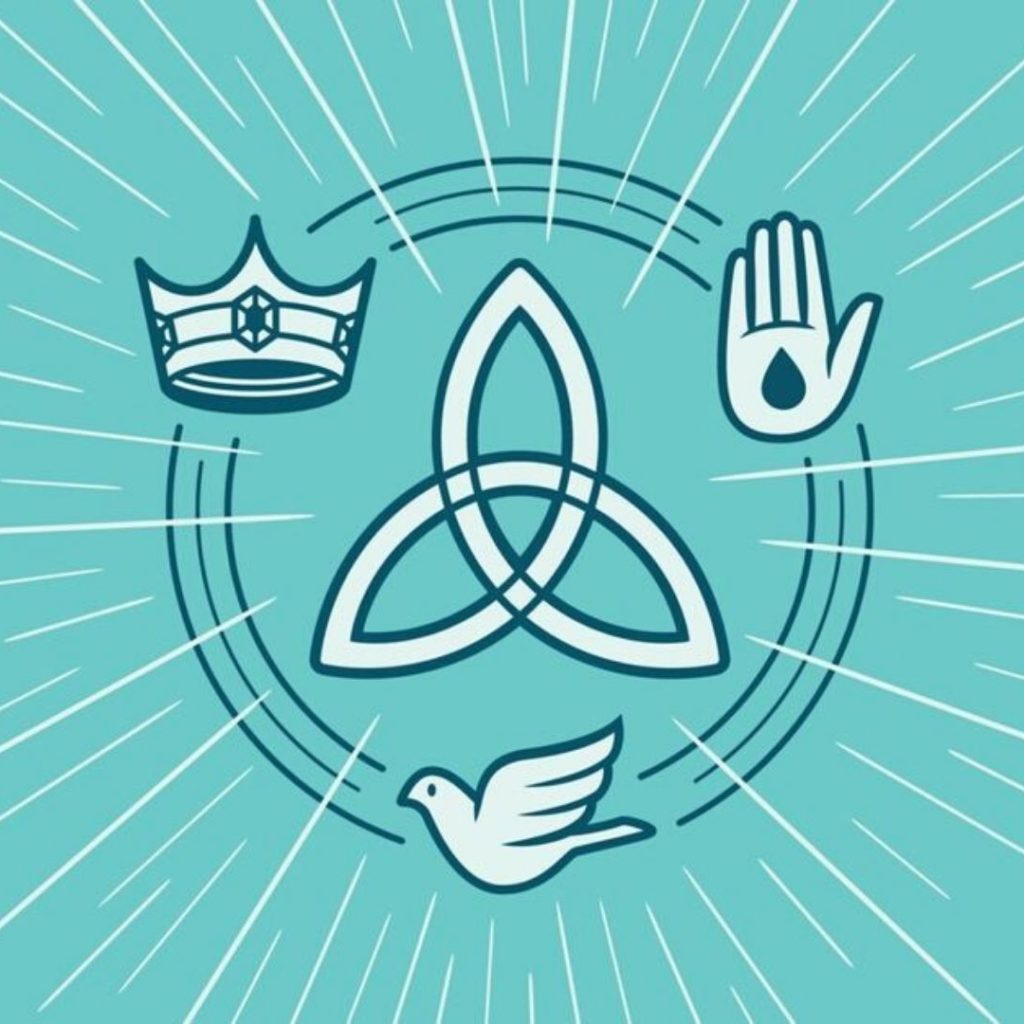 It is interesting to note that the word ‘trinity’ appears only once in the Basis of Union (paragraph 9). However, if you look carefully and you look beyond the word itself, you’ll find it almost everywhere.

The same thing is true if one looks for the word ‘trinity’ in the bible: you won’t find it all, but look closer and you’ll see it is almost everywhere.

The same is true of the Trinity in our spiritual lives: it seems entirely absent but if you look closer, you’ll be surprised by how near it is.

To many believers today the Trinity is nothing but a logical riddle that has nothing to do with the way they live their lives or the way they offer their prayers and their praise.

However, far from being a kind of logical conundrum for the first followers of Jesus, the Trinity expressed something of the heart of their faith and the early Church’s faith. It was not an attempt to ‘explain’ the being of God, but an attempt to express the love of God.

The attempt at ‘explaining’ only followed in the third and fourth centuries. And that is the century where many contemporary believers seem to have become unstuck or are still stuck in their thinking.

New Testament scholars tell us that Matthew’s Gospel was written to the early Jewish Christians. That is why teaching plays such a central role in Matthew’s Gospel. Jesus is portrayed as the rabbi teaching his followers how to live in accordance with God’s will and God’s Law. He taught them about the kingdom of God and the righteousness that characterises the life of the believer. For both Matthew and Jesus, the teaching that there was one God, was a central part of their faith, something they recited daily. In fact, every faithful Jew at the time uttered these words as daily prayer: “Hear o Israel, the Lord is our God, the Lord is one…” (Deut 6:4-6)

It is this one or better put, the only or unique God that the Jews experienced in their best and worst times; during the time of slavery, in the wilderness and eventually in the Promised Land. Their knowledge of this God was not simply a theoretical knowledge, it was knowing the wonder or magic of an elusive Presence, a life-giving, liberating and empowering Presence.

Before he left, he promised them a Paraclete, a Helper and after he was gone, an even more remarkable thing happened. In his absence they experienced his Presence. The same Presence they had known before. The presence of the resurrected Christ; a Presence that was life-giving, liberating and empowering.

It subsequently took the church almost three centuries to bring under words what these first disciples experienced but couldn’t express. And what the church articulated in words, was nothing else but the three ways in which Christians came to know one God.

It is of crucial importance to understand these last few verses in Matthew in their context. All of us have been conditioned over the years by the idea of the ‘great commission’ and when we read this passage, the words that capture our minds, are the words ‘to make disciples’. However, the central part here is not so much about evangelism but about authority and teaching.

In other words, this passage is not so much about mission or church growth, but about the formation of the followers.

Earlier in his ministry (10:1) Jesus gave the twelve the authority to cast out evil spirits, heal the sick, proclaim the Gospel – the very things he also came to do. The only thing that distinguished his ministry from theirs was his teaching. He alone was the teacher.

Everything here hinges on the words Jesus uses when he approaches the eleven disciples with the words: “All authority in heaven and on earth has been given to me.” (Interestingly enough, we are told that some worshipped him and others doubted him.)

In a certain sense his whole life on earth and his ministry was the expression of this authority: the authority to act in the Name of God. What happens now, is a truly remarkable thing: he passes on his authority to his disciples. That is, the authority to teach and guide others into that greater obedience to God.

What Matthew is trying to tell his readers here is this: The Father is the ultimate source of authority. The Son receives and passes on that authority. The Spirit enables it all to happen as it is received in baptism.

Make me a channel of your peace

It is no wonder that over time the Trinity has become the main model for all Christian love and living. Not because it expresses a dogmatic truth but because it is the most basic Christian model for community and sharing.

In other words, trinitarian thinking is about the simple belief that who God is and how God acts provide for us believers the best template to follow: the love that flows from the Father to the Son is the love and life that flow to and from the Spirit to us. And from us it flows to the entire world and God’s people.

Therefore, as the body of Jesus Christ, we should continue to ask ourselves: Do we really understand what it means that God’s presence is nothing but a holy communion and that we share in that fellowship?

Do we understand that it is not necessarily our big faith but often our little faith, not our courage but our weakness that God’s Spirit can best use to channel this power, the power of the Son’s influence?

As the American professor of preaching, Tom Long, commented: “The doctrine of the Trinity was not dreamed up in a theological focus group but was articulated by actual worshipping and serving Christians who, under stress and in the face of questions and challenges, were sweating it out to say with clarity just why they were willing to live a life that looked foolish to others, caring for widows and orphans, suffering persecution, and spilling their own blood – all of it for the wild notion that the Spirit had gathered them into the life of the God, the God who in Christ was making peace with the world.”

A practical example of giving and receiving

For the early Christians it was this threefold experience of God’s giving that was the practical example of giving and receiving that helped them discover who they were. It was exactly experiencing the presence of God in the Spirit of the resurrected Christ that enabled them to become Christ’s authorized representatives in the world.

All of this happened during a time when many them suffered persecution, unimaginable hardship and suffering. Therefore the question who God was, was not a theoretical question, but one that reverberated through their lives. The question whether God saw their pain, whether God heard their cries, whether God was truly present in their lives; these were the questions that informed their understanding of the trinity.

For it was exactly in these difficult times that they discovered the ways of God’s love and the ways that God loved them.

I know that from a purely logical point of view there’s a lot to chew on; it truly is a holy mystery that is hard, if not impossible, to understand and not unlike that other holy mystery, the trinity of faith, hope and love.

1 thought on “A reflection on the Triune God”