Home
Reviews
Read This
A pleasant place to visit

A pleasant place to visit 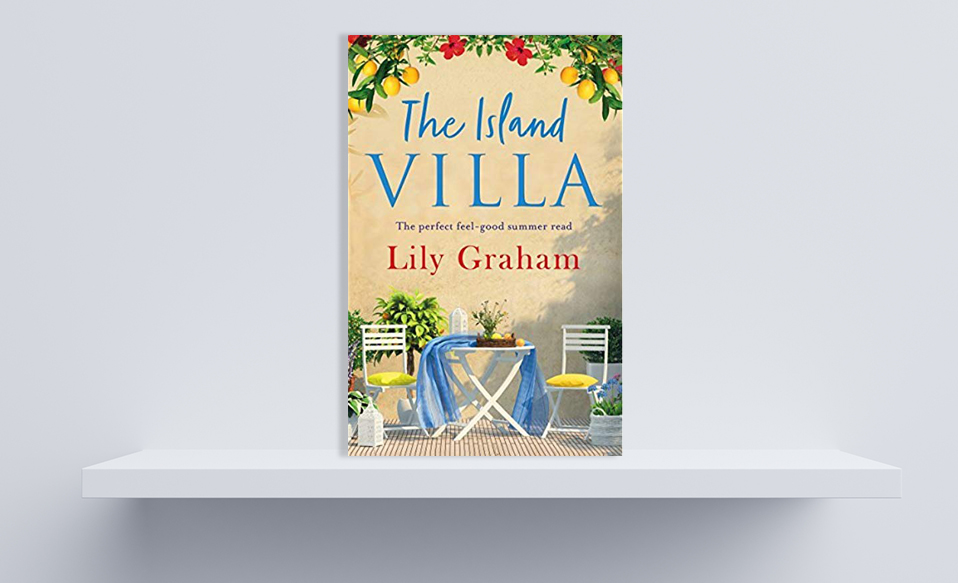 Nobody expects the Spanish Inquisition.

I certainly didn’t when I started reading The Island Villa as a light, easy-to-read novel during my summer holiday. However, the Inquisition turns up and plays a key role in a story that’s sort of “Who Do You Think You Are?” meets “Oprah”.

Charlotte is a 45-year-old woman whose husband, James, has recently died. She deals with her grief mostly through alcohol, seclusion and talking to the urn containing James’ ashes. The seed that allows an interesting story to unfold is sown when Charlotte is informed that, before his passing, James bought her a villa. Not just any villa, but the very house in which her paternal grandmother had lived as a child, on the Spanish island of Formentera. She and her brother, Alan, had a photo of the villa, but their grandmother had told them nothing of her life there, nor the family history. Indeed, she’d clammed up whenever the subject came up.

Once she extracts herself from her home in Surrey, England, to check out her late husband’s seeming folly, Charlotte begins a journey of both discovery and healing. Expecting to be there for only a day or two, she ends up staying much longer as she meets people who can tell her far more about her ancestry than she’d thought possible; makes new friends who help her see that life is still there to be lived; and experiences the simple pleasures of sunshine, the sea, cooking and Mediterranean island life.

In her ancestry she finds out that in her family line there is both a creative side, which has expressed itself in Charlotte’s career as a novelist, and a studious side now evident in her daughter’s desire to become a doctor. She hears a tale of romance, of intrigue, of jealousy and danger, as she learns of two sisters and their relationships with a stranger who’d been rescued by their sea-faring brother.

And, unexpectedly of course, she discovers that the Spanish Inquisition nearly brought her history to a full stop three centuries ago. Her ancestors had been secret Jews, whose life on Formentera was constantly one of suspicion of anyone from mainland Spain as a potential informant to the Inquisitors. Although author Lily Graham admits in a note at the end of the book that there’s no firm evidence of a colony of secret Jews actually ever living on Formentera, the story of Charlotte’s family  protecting others escaping torture and death, and taking all precautions not to be discovered themselves, brings out the reality of the Inquisition in a plausible way.

The story of The Island Villa is also a modern one, with the current events in Charlotte’s life on the island and her ancestral history unfolding in parallel. Chapters jump from Formentera in the present day to Formentera in 1718, the latter for the most part providing the more interesting narrative and characters. Once the ancient history wraps up, so does the modern, which concludes – predictably it has to be said – with Charlotte finally releasing James’ ashes, comforted that, as she learned on the island, “the people you love never truly leave you.”

The Island Villa is a simple, easy-to-read-on-holiday story. Lily Graham has created likable, but uncomplex, characters and delivered a plot that unfolds at a good pace to keep the reader’s interest. A strength of the writing is the way the atmosphere of an idyllic Mediterranean island is conjured quite well – the colours, the fragrances, the pace of life. Also, in the ancestral setting, the community’s continued tension, living under the shadow of the infamous Inquisition, is also well crafted. The Inquisition’s weapons really were fear and surprise – that’s not just a Monty Python parody – and they are the atmosphere in which the plot unfolds.

Lily Graham is a good storyteller, for the most part. However, I’d have preferred that Charlotte had to dig around, to do some research, to uncover the story of Cesca and Esperanza (the two sisters in the historical plot line), rather than her previously unknown aunt Maria simply telling her the tale. The author, who is a former journalist, has clearly done her research and it would have been a better novel if she’d taken Charlotte on a similar process of digging out information, piecing things together and wrestling with information gaps, different versions of events and varying insights into the characters in the history she was discovering.

It’s just one way in which too many elements of the story come along too easily. Another example is that there’s something unrealistic about the ease with which Charlotte makes friends on the island while still deeply grieving, when in her life to date she’s really only had one friend and her husband in her intimate circle. Similarly, it’s rather too formulaic the way her brother Alan becomes romantically involved with one of Charlotte’s new friends when he comes to visit. Are we really meant to believe that being on Formentera has that much of an immediate effect on people compared to living in Surrey?

Finally, the resolution of the plight that Cesca and Esperanza find themselves is far too convenient. It’s not quite as bad as the high school creative writing student saying “and then I woke up”, but it’s not far from it.

Nevertheless, for what it was – an easy holiday read – I enjoyed The Island Villa. In the midst of an Australian summer in which the sky has been smoke-filled and dark or sepia, not bright blue, and the air quality similarly diminished by the impact of the bushfires, it took me to a much more pleasant place for a while. If that’s what you’re looking for, you might find it in this book too.

PrevPreviousGlenbrook makes a meal of it
NextBad Boys: Going In StyleNext