Home
Reviews
Big Screen
A good time to go out 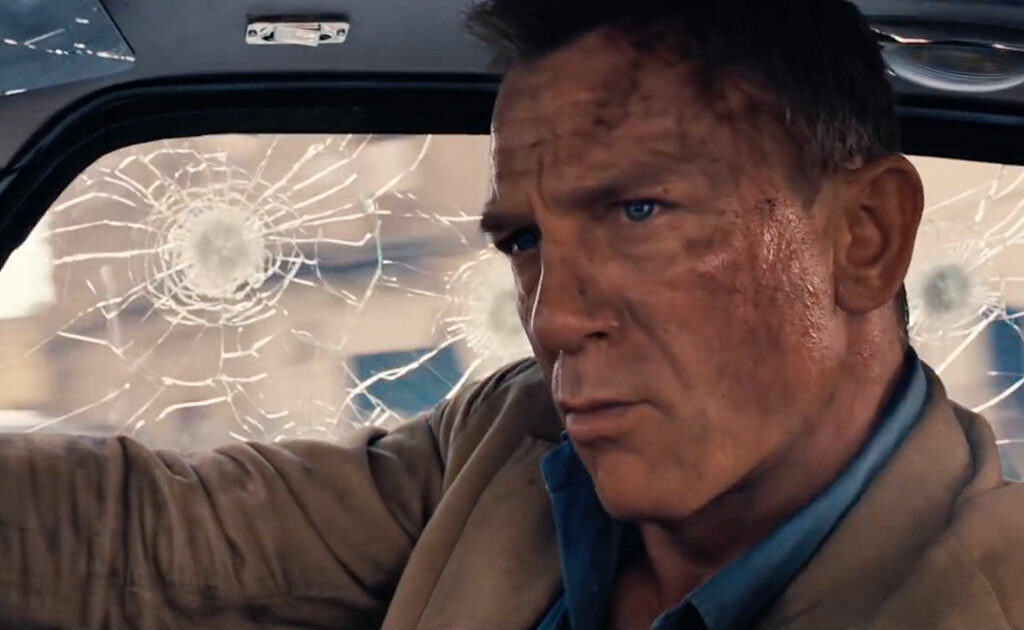 Review: No Time To Die

Arguably the best Bond goes out in style.

After being delayed by over a year due to the COVID-19 pandemic, the final Daniel Craig Bond film has finally released in Australia. The film rounds out Craig’s arc in a fitting fashion. While it will no doubt be controversial, it is a must-see effort that provides audiences with much to think about after the credits roll.

Craig’s final outing as James Bond picks up shortly after the events of Spectre. From there, a jump cut takes us forward by five years. Bond is retired and the 007 designation has gone to another agent, Nomi. While he tries to enjoy retirement in Jamaica (where original Bond author Ian Fleming lived after his own retirement) a new threat drags him back. While this all sounds very typical, the new Bond film departs from formula.

Like the other Craig-era films, No Time To Die’s photography and settings are beautiful. From the costumes to the action shots, every frame is well constructed. The Bond films have always been known for their exotic locales, and this one takes viewers from Italy to Jamaica to Cuba and further afield still.

While the accompanying story is an emotional and exciting one, there are times when some of the plot points seem to go nowhere, perhaps the result of months of rewriting. While most of the dialogue is snappy and incisive, there are moments where things delve into cliché. At one point, . In the main, however, No Time To Die tells a fantastic story about whether or not the world really needs Bond, and if he can even exist outside of his dangerous job.

Daniel Craig once again delivers in his portrayal of Bond as a tough agent who carries the scars of his role. The film showcases what might be his best performance in the role to date, when it comes to his range. Rami Malek continues to show his sheer versatility as the scarred villain Lyutsifer Safin. While the character is equally as intense and intelligent as Bond, and this parallel could have been fascinating, the character does not ultimately get enough screen time to really get to the upper echelons of Bond villains. Léa Seydoux portrays Dr Madeline Swan with a similar range and depth. Lashanna Lynch portrays new 00 agent Nomi, who acts as something of a professional rival to Bond. Finally, Ana de Armas plays Paloma, a Cuban character who clearly has more spy training than she lets on. Paloma is an interesting enough character that would warrant a spin off on her own.

Thematically, the film provides us with plenty to mull over, including its exploration of trust, betrayal, family, and relationships. While the Bond character displays no religious conviction, living a life that is clearly marked by state-sanctioned murder and hedonism, the writers in No Time To Die seemingly cannot help but turn to themes of sacrifice and what it means to lay down one’s own life. Religious iconography has long been a visual part of the Bond films, and there are some clear examples that avoiding spoilers dictates Insights not detail.

No Time To Die provides plenty of fan service for longtime Bond fans, from subtle references in the dialogue (“All the time in the world”) to background images (the portraits of former actors who portrayed Bond’s boss M are visible in office shots). However, it is hard to see how they will react to No Time To Die, which introduces a number of twists to the Bond mythos, including a very atypical story ending (spoiler warning for the link).

It is hard to see where the Bond franchise goes from here. While No Time To Die includes the obligatory post-credits message that “James Bond will return” it is hard to see how, not for any plot reason, but because Insights can’t imagine how anyone else will embody the role as Daniel Craig has. In the age of streaming, perhaps a television series taking the character back to his roots as a post-World War Two spy navigating the treachery of the cold war.

In the meantime, Daniel Craig (and Bond himself) has earned his retirement from the spy game.