The Uniting Church and the School Strike 4 Climate movement 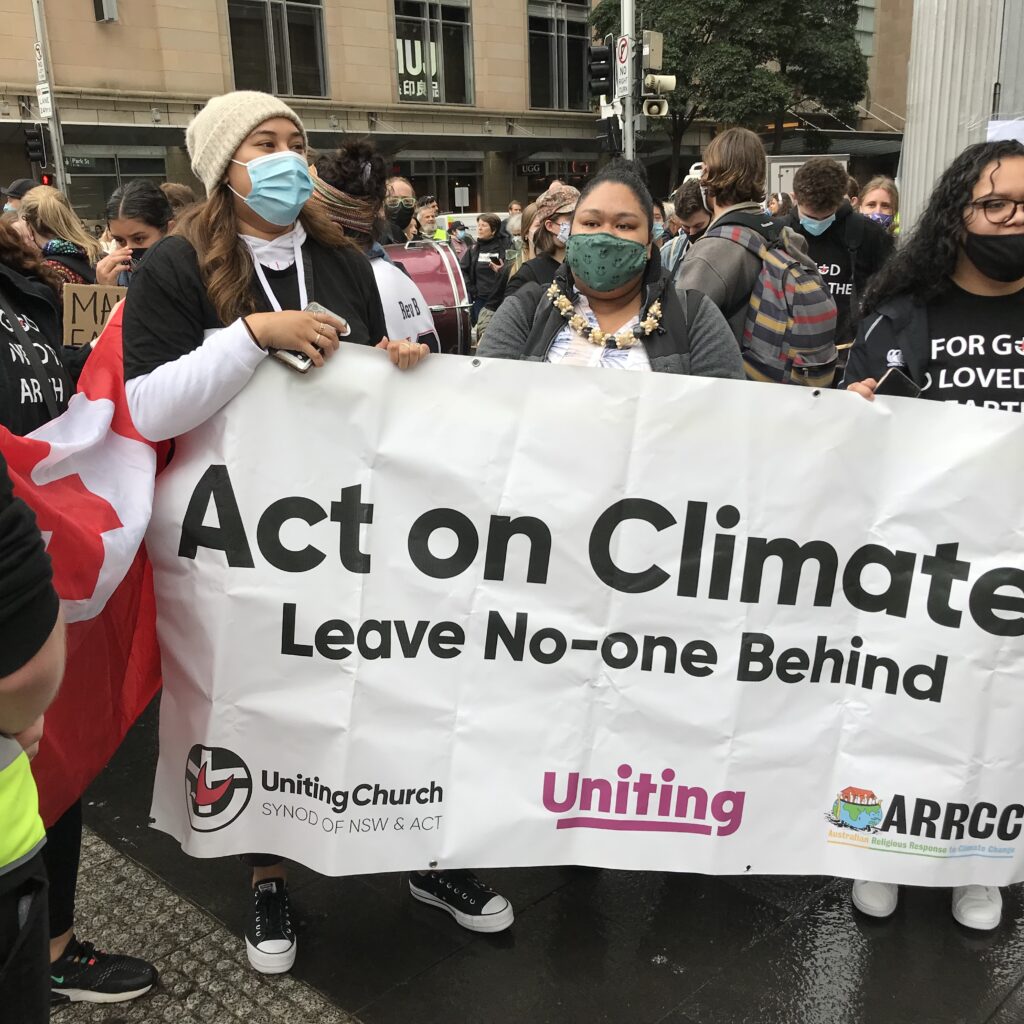 Uniting Church members and the wider community are invited to a webinar aimed at shedding light on this question. Wednesday 6 October, 7.15 pm

Have you seen pictures of young people involved in School Strike 4 Climate events in Australia? They are passionate, organised and committed. Adjectives most of us with children would feel pretty good about applying to our own offspring. But they do ask awkward questions. Questions about why our political leaders (in both our major parties) are so badly lagging behind the decisive action on global warming that’s needed to avoid the most damaging climate change – changes we are already seeing in bushfires in Australia and floods in Europe. And questions about what the rest of us are doing about it as well.

Those sorts of questions are uncomfortable. Maybe some of us would prefer our young people to be more passive and accepting of the way things are. A similar thought may have gone though the mind of Newington College Headmaster, Michael Parker, when back in 2019,a group of polite but determined Year 11 students asked him to support the School Strike 4 Climate movement. He was very busy and so tried to deflect them with a raft of objections. But he discovered the school has educated them too well, as they countered each objection with solid arguments and information. In the end he decided the school should not stand in their way, because, as he wrote, “these kids are passionate, they are smart and they have thought it through.”

Actually, the Newington Headmaster’s conclusion was one the whole Uniting Church Synod of NSW and the ACT had arrived at some months earlier. At the Synod meeting of July 2019, adolescents and young adults from Uniting Church congregations, along with many students from Uniting Church schools, argued that our church should support stronger action on climate change. Their proposal, after some debate, received near unanimous support and the Synod Climate Action Strategy was born. It included these words:

Now a webinar, hosted by well-known broadcaster and journalist Julie McCrossin, will explore responses to those questions from those directly involved. In her lively and engaging style, Julie will interview some key players, across the diversity of the Uniting Church. They include Moderator, Rev. Simon Hansford,  Newington College’s Headmaster, Michael Parker, members of Christian Students Uniting, and other adult supporters, representatives of our First Nations and Pasifika communities, and students from both UCA and public schools directly involved in the SS4C movement.

Together, we’ll hear about the different reasons they have for supporting the student’s call for stronger action on climate, how their faith and personal values have led them to be involved in this movement and what they are hoping to achieve by adding their voice in support.

The webinar takes place on Wednesday 6 October from 7.15 pm – 8.30 pm. You can register for the event here.