Home
Reviews
What is the value of relationships?

What is the value of relationships? 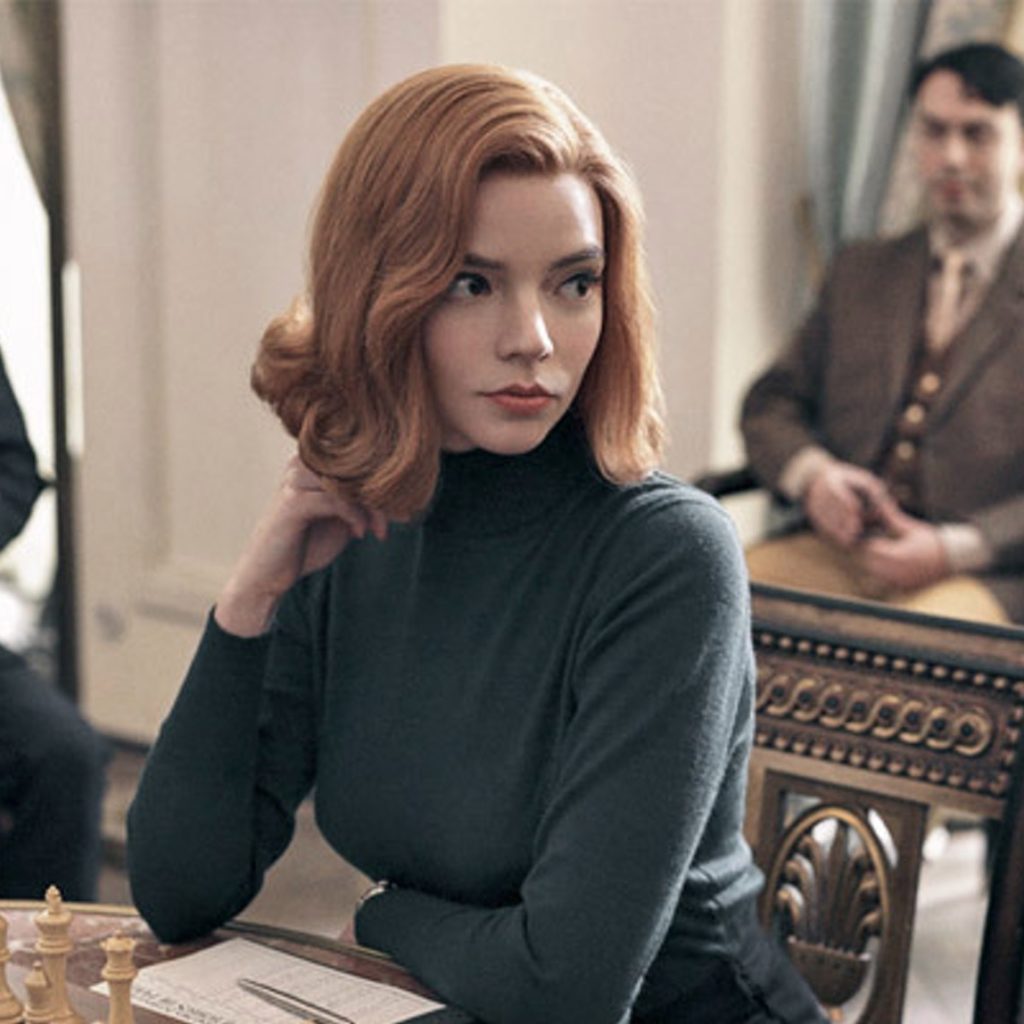 To many people, the game of chess seems quite inaccessible for them to enjoy. Yet, director Scott Frank (Academy Award-nominated writer for Logan) has managed to deliver one of the most intriguing mini-series with his interpretation of Walter Tevis’ 1983 novel. No small feat when one considers the concept of an orphan who turns into one of the world’s foremost chess players while struggling with the emotional toll of her past. Regardless of your thoughts on the game, this is a series that is both accessible and captivating for all mature audiences.

We are introduced to Elizabeth ‘Beth’ Harmon (Anya Taylor-Joy) as she enters an orphanage in Kentucky after surviving a car accident that kills her mother. As she suffers through her grief and tries to fit in the institutional life, she happens upon Mr. Shaibel (Bill Camp), the custodian who has a penchant for chess. Her young mind becomes engrossed by the game of strategy in amongst the mundane existence of life in this home for girls. The 64 squares of the board provides her with the escape she needs, while the humble janitor quickly sees the potential of the eight-year-old prodigy. He introduces her to the local high school chess club and a sequence of events begin to move forward for this little girl’s life that rivals a game of speed chess. The only thing that holds her back is her subsequent addiction to tranquillisers. An unfortunate aspect that was common practice in the lives of institutionalised children in the late 50s.

After a few years in obscurity and as she studied the game she is finally adopted as a teenager. The Wheatley’s welcome her into their home, but Beth quickly discerns that their marriage is merely a facade. Her primary role is to provide Alma Wheatley (Marielle Heller) with companionship while her husband is on the road. Despite these difficulties at home, the teen discovers that the new freedoms she has outside of the orphanage does open the door to her obsession with chess. Especially when she enters her first tournament and realises that she can not only play, but even earn money if she can win. This new found reality turns into an opportunity to provide for her new family when Mr Wheatley leaves his wife and Beth. The two women turn to one another and begin to travel the country on the back of Beth’s talents until her past addictions and family history begin to haunt both of their lives.

One could say that this Netflix series could have been condensed to a feature-length film, but this would have taken away from the overall experience. What stands out about this series is the skilful and artistic combination of writing, cinematography, wardrobe, acting and the masterful use of chess as its centrepiece. Scott Frank and Allan Scott have managed to create a series that manages to deliberately draw the audience into this orphan’s tale by still holding onto the realities of this period in history and making it accessible to modern viewers.

Beth’s life is written in manner that shows the confronting elements of her backstory, while allowing the audience to sympathise with her character. Though she gives off an aura of mystery and desired isolation, the young chess master proves that she needs people more than she wants to admit. This writing is supported by a cast that manages to fill every role like the pieces of a chess set. Each actor plays their part with the realisation that some are mere pawns and others have a more significant task to fulfil, while all must eventually succumb to the talents of the queen of this game. From the men who want to play against her to those who want to dominate her to Beth’s friends and family who want to protect her, each gives their all to this project.

Anya Taylor-Joy (Emma) proves to be an outstanding choice for this storyline and carries the production through until the final check mate. She has been a regular fixture in cinemas over the past few years, but this performance stands out as one of her best. Beyond her performance she is supported by a superb cast, is outfitted in the perfect wardrobe and the up-and-coming actress embodies this character with depth and maturity.

Be forewarned this is a film that contains the deep hues of light and shade that came during this era, while the writers do not overplay this aspect. This is a film that deserves its mature rating since it incorporates suicide, substance abuse, language and sexual content into the screenplay. Yet, The Queen’s Gambit does provide audiences with one of the best series in years and may even move more people to enjoy the game.

There are so many things to consider for The Queen’s Gambit. Everything from suicide to drug use to the value of family, but one topic that stands out is the value of relationships. Still, Beth Harmon does manage to be comfortable with being alone and at times she implies that she does not need others. Ultimately, she proves that she needs others to invest in her life, despite her exceptional gifts. Her friends, family and fellow chess players may not have the same level of talent in chess, but this does not diminish what they bring into her life. By the conclusion of the series, Beth does come to appreciate their care for her and how she needs each of them. Similar to how the King needs the rest of the pieces to protect his place on the board.

This quiet and endearing element of this narrative was reminiscent of the tendency of mankind to take the grace, provision, and love of God for granted. The trend to always be looking for the next win or adrenaline rush as opposed to stopping for a moment to acknowledge the One who has provided all things in this life.

The Queen’s Gambit is streaming now on Netflix.

PrevPrevious90 percent efficacy for Pfizer’s COVID-19 mRNA vaccine is striking. But we need to wait for the full data
NextPursuing your dreams regardless of the oppositionNext