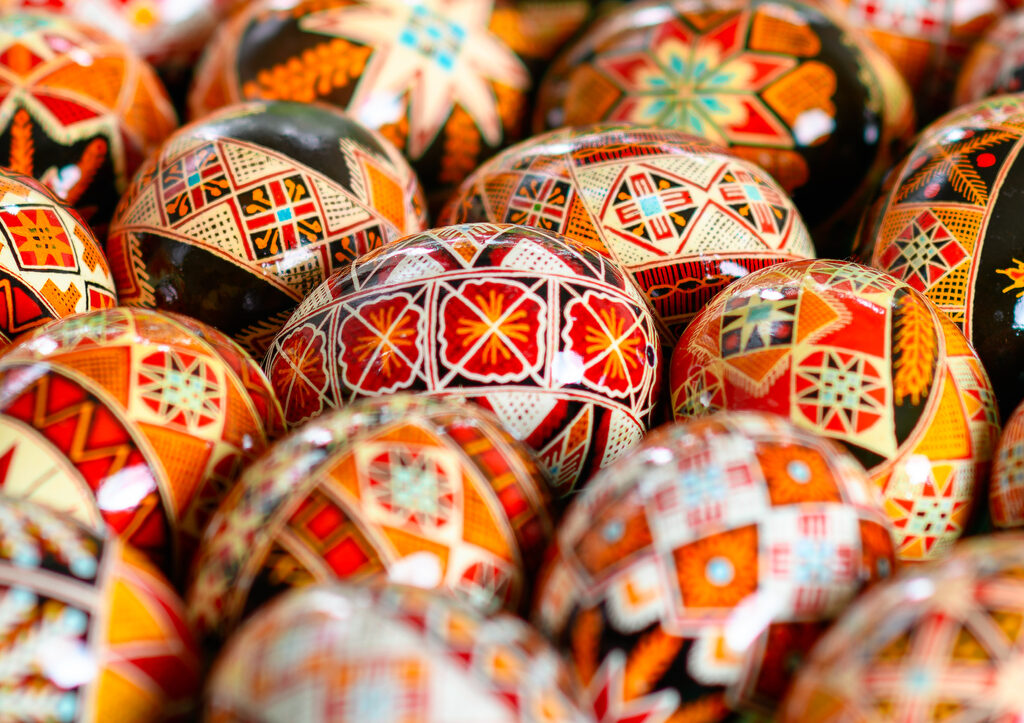 Since Russia first invaded Ukraine, Ukrainians have expanded what sociologist Jeffrey Alexander calls “the circle of the we.” The circle of the we refers to the collection of people who do not directly experience a group’s suffering, but nevertheless come to take responsibility for it.

To date, the circle has been expanded through social media and consumer-driven news. Because they depend upon spectacular imagery and rapidly changing information cycles, the circle is at risk of contracting and the world is at risk of forsaking its responsibility for Ukraine.

By connecting examples from Ukrainian history and the current war to the concepts of cultural trauma and identity, I argue that maintaining the circle of the “Ukrainian we” requires engagement with richer forms of Ukrainian culture.

Alexander’s discussion of the “circle of the we” is connected to the theory of cultural trauma. Culture creates a shared identity. When a culture is attacked and at worst destroyed, the people whose identity and selfhood depend on that culture are threatened. This is cultural trauma.

The destruction of Ukrainian culture has been an important part of the Russian invasion. For years, Russian President Vladimir Putin has paved the way for this assault by claiming that Ukraine is not a real nation.

But historians have shown that Ukrainian history can be traced to 10th century Kyivan Rus. Like other European societies, Ukraine started to develop its modern national identity in the 18th and 19th centuries through literature, music, food, dance, and language.

Since Ukrainian Independence from the Soviet Union in 1991, artefacts of Ukrainian ethnic identity have been important to the solidification of Ukraine’s national identity. These artefacts have been collected in museums and archives across the country.

More recently, symbols of ethnic identity have been joined by civic and cosmopolitan expressions of Ukrainian identity like the commitment to human rights and democracy. As political scientists Olga Onuch, Henry E. Hale and Gwendolyn Sasse point out “there is some indication that civic identity is gaining ground at the expense of ethno-nationalist identity.”

All these elements of Ukrainian collective identity are under attack when Putin denies the historical existence of Ukraine and when the Russian military indiscriminately shells Ukrainian cultural and educational institutions.

Some of these include the Kharkiv Art Museum, the Kharkiv Opera House, the Slovo house in Kharkiv, Karazin University in Kharkiv, the Babyn Yar Holocaust memorial in Kyiv, the Holy Dormition Svyatogorsk Lavra in Donetsk, and the Ivankiv Historical and Local Museum.

The threat of cultural trauma has often been the occasion for the reconstitution of identity and expansion of self-understanding. This has been on full display since Ukraine was first invaded.

While unity across Ukraine has been growing since Russia first annexed Crimea in 2014, recent polling suggests that since the 24 February invasion, perception of social cohesion remains high at 86 percent.

This solidarity is shared by the international community. Social media and consumer-driven news have helped Ukraine win the war for the European and North America imagination.

Stories like the Ukrainian border guards on Snake Island who said, “Russian warship. Go F* yourself.” and President Volodymyr Zelensky’s rallying statement, “I need ammunition, not a ride” have all helped Ukraine garner support.

While we cannot make a direct connection between these media narratives and people’s attitudes and engagements with the war, recent polls in the United States, the United Kingdom and Europe indicate strong support for Ukraine.

Maintaining the ‘circle of the we’

Global responses to Ukraine depend on the capacity to keep attention on the war. But social media and consumer-driven news, the mediums through which the circle of the we has expanded, are fragile and tend toward spectacular, short-lived sensation.

Though causes are complex, research on major social events such as the #MeToo and Black Lives Matter movements, show that social media attention waxes and wanes.

For Ukraine, there are three risks:

To counter these threats, we need to shift into a new phase of our cultural engagement with Ukraine.

In his book On Tyranny, historian Timothy Snyder says that one response to fighting tyranny is to read books:

“Staring at screens is perhaps unavoidable, but the two-dimensional world makes little sense unless we can draw upon a mental armory that we have developed somewhere else… To have such a framework requires more concepts and having more concepts requires reading.”

Expanding the circle of the we begins with the dramatic hook supplied by social media. But the circle can only be secured and responsibility fully developed through deeper resources.

These kinds of resources can balance the spectacle by helping us to engage with richer concepts and narratives. They can manage emotion by reconnecting feeling and fend off cynicism by providing a basis for making judgements between true and false. Deeper resources expose people to a wide world of ideas and possibilities, suggesting real courses for practical action.