The privilege of parenting 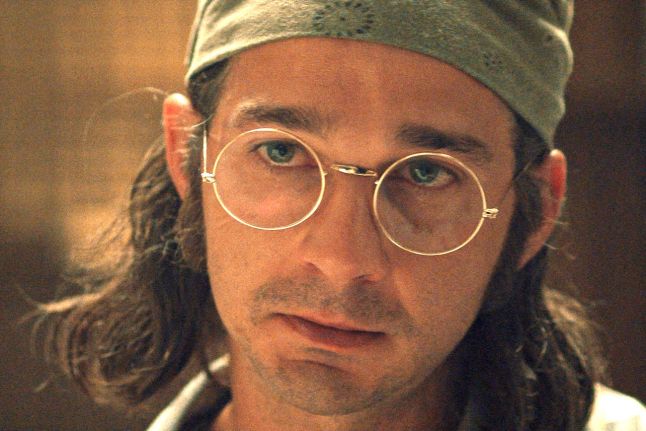 The lives of child actors have fascinated the public for years. Young people who are thrust into the madcap world of entertainment at an early stage of life. Then they are left to adapt to the realities of growing up into adulthood, where some thrive and others struggle. In most instances, the trajectory of their lives is dependent on the people they have around them throughout their careers. As a method of therapy in rehab, Shia LaBeouf wrote the screenplay of his memories as a young actor. The central characters are himself and his handler who happened to be his father. Within the screenplay, Shia LaBeouf changed his name to Otis Lort. His adult persona is played by Lucas Hedges (Ben is Back) and the actor’s childhood years are portrayed by Noah Jupe (Ford v Ferrari).

He has an extensive and lucrative career in the film industry, but eventually succumbs to substance abuse. As a multiple offender, he is left with his final and only option to go through a programme that utilises exposure therapy. He works through his sessions and the unique methods of psychology by confronting his past and discovers how his childhood attributed to his current mental state. This process begins to open doors into his earlier life in the industry with his father, James (played by LaBeouf).

His memories consist of his days working on film sets and living with his father.  Despite working in Hollywood, the two live in a roadside hotel that contains a brothel and drug offenders. James is a former rodeo clown and is a registered sex offender. This aspect of his life means that he operates primarily on a cash basis with the studios and providing for his son. Even though he does love his son, his own failings cause him to act out in anger towards anyone who questions his methods of parenting and living. These fits of rage periodically are taken out on his son and lead to times of substance abuse and neglect.

As the film travels back and forth from LaBeouf’s childhood to his adulthood, there are moments of reality and others occur in a dream-like state. His screenplay shows how he struggled from the effects of PTSD (post-traumatic stress disorder) because of his abnormal lifestyle and the relationship with his father. The actor shows how harmful this man was to his life, but how he still retained a relentless love for his Dad.

Shia stated that this was an exceptionally personal project. One aspect he had to work through were his feelings of selfishness that it brought to the surface. As he pulls back the curtain on the harsh atmosphere of his youth, this becomes an uncomfortable journey of personal catharsis for the actor. Providing an intimacy that moves through different degrees of discomfort and partnered with the disbelief that this was allowed to go on for so long.

The agonising mixture of violence, substance abuse and sexual content that he was exposed to make it a marvel that he was able to live with any normalcy. A story that was compelling, but not enjoyable to experience on any level. The performances were well-crafted and the personal nature of the film will make any parent with a heart want to go home and hug their children.

What does it mean to be a father to your children?

‘Behold, children are a heritage from the Lord, the fruit of the womb a reward. Like arrows in the hand of a warrior are the children of one’s youth. Blessed is the man who fills his quiver with them! He shall not be put to shame when he speaks with his enemies in the gate.’ Psalm 127:3-5

One aspect of fatherhood that tends to get overlooked is that it is not only a responsibility, but it is a privilege. Children are indeed a blessing. It can be hard to remember this during the early morning feedings or the latest car smash. Still, these trivial things should not diminish the gift that they are in our lives.

Honey Boy is currently in limited release in cinemas.

PrevPreviousThe Palm Sunday Peace March: Some history
NextWhat does it mean to be normal?Next