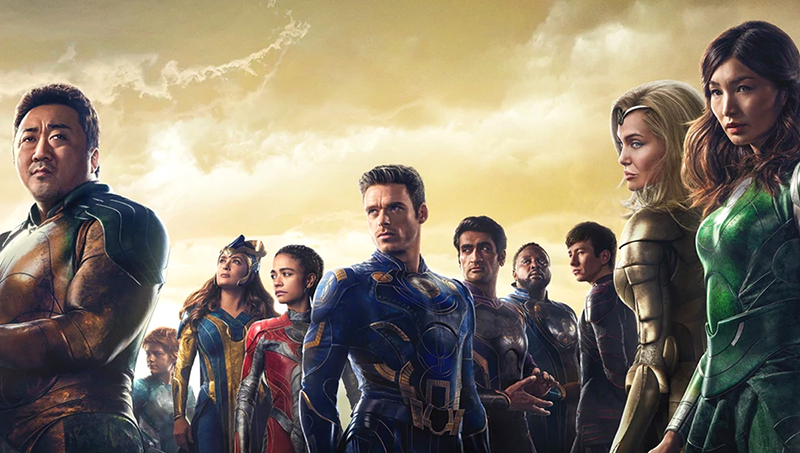 In the aftermath of 2019’s hugely successful and well-received Avengers: Endgame, the MCU found itself in an interesting, novel situation. The very fact that Marvel Studio’s Kevin Feige and Co managed to not only continue a much higher calibre of filmmaking than they were ever required to across ten years and more than 20 films worth of serialised storytelling, but also stick the landing with such resounding finality and satisfaction, should not be taken for granted. That in itself is a mighty feat, especially when you consider how something like Game of Thrones failed so spectacularly that very year in attempting to pull of the same long-term narrative conclusion.

The problem then, however, was how casual fans were going to become invested again in the MCU after such a well-executed conclusion, especially since the MCU train never stops moving and we had Spider-Man: Far From Home in theatres less than six months after Endgame. At what point does it all become too much for the casual fan? People have been talking about so-called “superhero fatigue” for years and years, and if it were ever going to set in, post-Endgame would be as obvious a time as ever.

The answer, according to Marvel Studios, at least, seems to be for the MCU to diversify, in terms of both format and storytelling. Their recent expansion into television has drawn huge audiences and hype (to varying degrees of success), and the gradual introduction of the multiverse in the lead-up to ­Spider-Man: No Way Home and Doctor Strange in the Multiverse of Madness has at the very least intrigued. This is why Eternals is such an interesting moment in the history of the MCU; it’s a feature film taking place post-Endgame that doesn’t explicitly address the multiverse, placing it sort of in its own, new sub-category that seems to be laying the groundwork for further Guardians films, as well as future additions to the universe (teased in various post-credit scenes here).

The first and most important question to answer is if it is any good. The great news is that it is not anywhere near as bad as some of its detractors might have led us to believe. The ongoing trend in blockbuster filmmaking at the moment seems to be that successful indie directors are swept up and given a plot outline and $80-100m, and so Insights wasn’t necessarily surprised by the announcement that Chloe Zhao was taking the reins of a Marvel film as much as I was intrigued to see to what degree her voice was going to be allowed to shine through the MCU gloss. Because to the surprise of absolutely nobody, everything that the MCU is known for is present; larger-than-life heroes, well-choreographed if over-edited action sequences, quippy dialogue, and world-ending stakes. The thing I am always interested in is if those things still allow for a voice to speak through that noise that the popcorn crowd have paid to see.

To a large extent, it does. The script, cowritten by Zhao and a number of other collaborators, takes a pretty admirable swing at some surprisingly complex and adult thematic material. Without going into spoilers, the core of the conflict at the heart of Eternals is to do with the idea of myth and gods, and the conflict between devotion to the gods in service of the ongoing myth and the more humanist desire for creating one’s own myth at odds with that of the divine. The tradition of superhero stories has always tapped into the Neitzchian archetype of the Übermensch (the superman), but never has it been more explicitly references or played out. In Eternals we see this myth played out more literally than ever before, with figures like Icarus playing out their destiny within the narrative structure of an MCU movie, and a literal attempt at killing God for the sake of humanity’s own agency and free will. This conflict is played out in surprisingly accessible ways, through well-drawn characters and easily-understood stakes and drama.

The problems lie in the fact that this is still ultimately an MCU film. The Chloe Zhao film in here – character-driven drama intercut with exciting and well-executed action sequences (including one particularly exciting scene in a forest that takes direct cue from Alejandro Inaritu’s The Revenant) – gets drowned out by the committee-driven superhero film. By the end of the film all of the exciting new thematic and aesthetic additions to the Marvel universe are sidelined to make way for standard-fare CGI punch fest. While that’s what people are coming to see and love, for a film that has such character hidden beneath the surface, it is a real shame that those things were not given the time to breathe.

All that said, Eternals is, at the very least, a bold and interesting, if still tentative, step forward for Marvel as they navigate their post-Endgame entries, and the sense of scale in its depiction of the Celestials is very impressive.

Eternals is now playing in theatres.