The end of religious discrimination exemption? 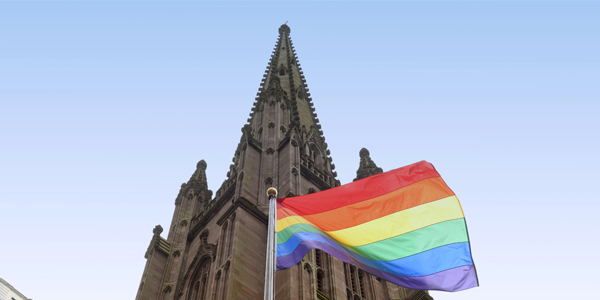 The union movement will push for the abolition of religious exemptions to workplace discrimination laws. Schools, hospitals, aged care facilities and other businesses operated by churches and other religious bodies currently have the legal ability to fire or refuse to hire people based on their sexuality or gender identity.

Wil Stracke is the assistant secretary at Victorian Trades Hall Council, which put forward the motion. Ms Stracke said that unions wanted the exemptions, “narrowed significantly so that they can only apply when it’s an inherent requirement of the job”.

“We recognise there are roles in some places where it’s appropriate, [such as] religious education at a Catholic school,” she said.

“But … we don’t see why the school should be able to discriminate for someone who is the cleaner there. We’ll work on changing those laws and advocating for that change.”

Ms Stracke said the exemptions affected up to 200,000 people, and that “LGBTIQA workers are forced into the situation where, for example, taking carers’ leave to look after their sick partner means they risk being sacked”.

Christian Schools Australia has previously defended the right to dismiss staff based on faith commitments, in a joint submission with Adventist Schools Australia to the review into religious freedom law headed by former Attorney General Philip Ruddock.

“If freedom of religion is to remain a legitimate hallmark of Australian education then the rights of school communities to operate in accordance with religious beliefs must be upheld,” the submission read.

“This must include the right to choose all staff based on their belief in, and adherence to, the beliefs, tenets and doctrines of the religion concerned.”

It also called for “the right to select students”, including to eject them from a school community.

The review report was delivered to Prime Minister Malcolm Turnbull in May, but has not been released.

The Uniting Church has previously lobbied to remove the discrimination exemption for church employees.

“Our agencies are open to all regardless of their race, religion or sexual preference,” Ms Little told the panel.

“In aged care services like Uniting in NSW and the ACT we are actively engaging to make sure that we have special accommodations for people who are in same-sex relationships,” Ms Little said.

“As an Assembly agency and as the Church, we don’t discriminate in the way we employ our staff, or recruit our carers or with what we do in service.”